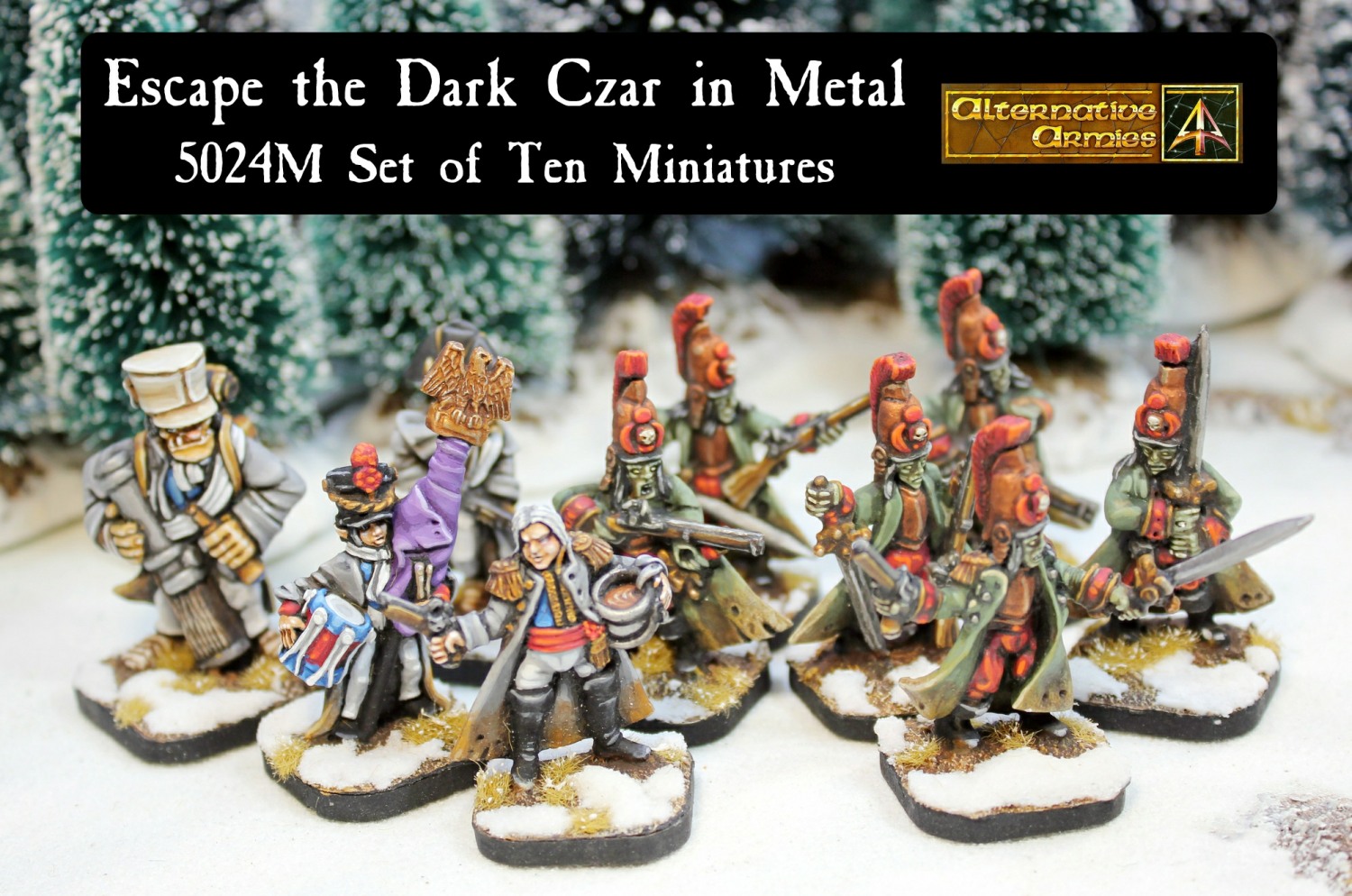 "The bitter retreat from Moskova is where you begin your adventure. Take command of General de Brigade Hugo Saindoux and his three fellow survivors as they attempt to evade death and escape from the Witchlands. On their heels are a group of Savant Zombies, the finest Undead in the ranks of the Dark Czar, who are led by Captain Preserovitch. Their task is to capture the golden eagle standard carried by the young Elven drummer boy Ayers Quinte de Toux. Will the survivors outwit the living dead?"

A treat for Flintloque fans! Beginners set Escape the Dark Czar is now in metal! General Saindoux and the other nine now with more weight to them. Click through for more information and visit the website. Until end of this month fifteen percent off all orders (on top of discounts on screen such as Slaughterloo divisions).

28mm alternative armies Fantasy Flintloque New Release
This entry was posted on Thursday, January 21st, 2021 at 08:43 and is filed under News. You can follow any responses to this entry through the RSS 2.0 feed. You can skip to the end and leave a response. Pinging is currently not allowed.