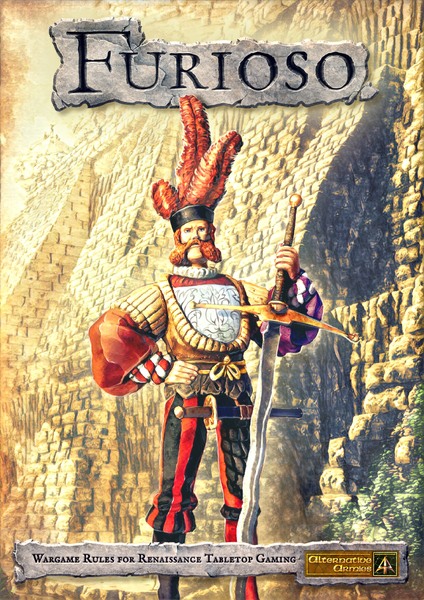 Warfare in the sixteenth century in 6mm, 15mm and 28mm scale. Simple but elegant rules with army lists and innovation too. Furioso by Steve Danes is now on general release in print and by digital download (saving twenty percent) alongside our large 15mm Renaissance range of infantry, cavalry, artillery, command as well as buildings and Leonardo Da Vinci and his Tank. Click through for an article about the rules and some nice pictures too. Thanks. GBS

alternative armies historical New Release
This entry was posted on Monday, June 5th, 2017 at 14:40 and is filed under News. You can follow any responses to this entry through the RSS 2.0 feed. You can skip to the end and leave a response. Pinging is currently not allowed.

2 thoughts on “News From Alternative Armies”