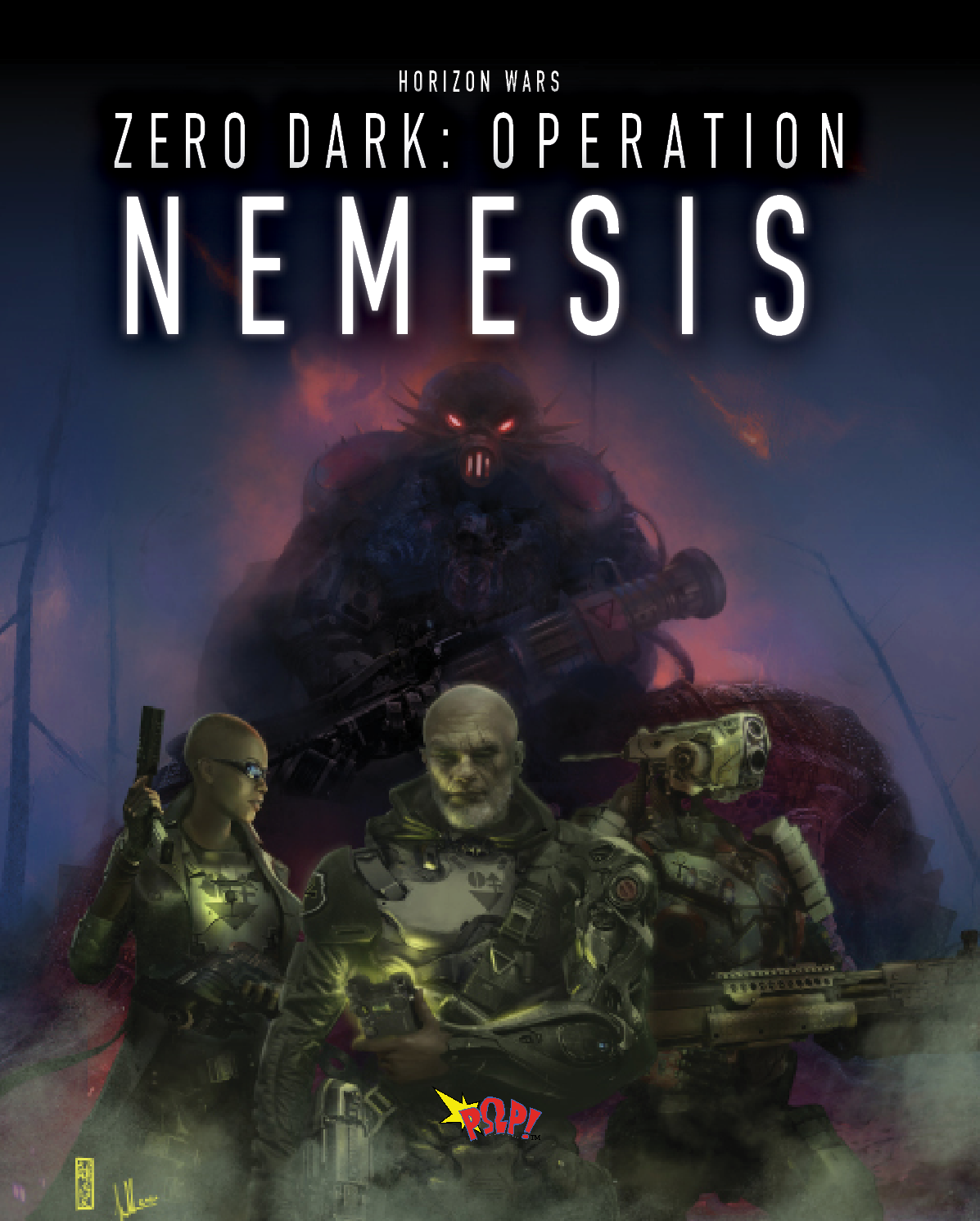 Zero Dark: Operation Nemesis provides a three-act, 12-mission solo or co-operative campaign, as well as 6 brand new Versus missions for player-vs-player games. There are also rules for new options for the heroes, as well as for the Red Force. Teams can now include motorcycles and hulking battlesuits in their rosters, but their enemies can also field the deadly Combat Mech, and, of course, the lurking Nemesis - a powerful new Boss type that has access to a menu of special abilities to ensure that each encounter is unique.

Operation Nemesis is the story of a Venusian special forces team on a rescue mission to an Earth shattered by an asteroid strike. Pressed against their will into the service of a shadow government, they must follow a trail of clues to understand something of what happened on Earth before the asteroid hit, but risk learning more than their masters are willing for them to know. Whilst the book contains a full solo/co-op adventure set in the Horizon Wars universe, the missions can easily be repurposed to a setting of your choice.

Zero Dark: Operation Nemesis is $15 for the PDF edition, but a discounted bundle for the core rulebook, the new supplement and the FAQ is available for $27.50.

28mm News Precinct Omega Sci-Fi
This entry was posted on Wednesday, October 28th, 2020 at 08:45 and is filed under News. You can follow any responses to this entry through the RSS 2.0 feed. You can skip to the end and leave a response. Pinging is currently not allowed.