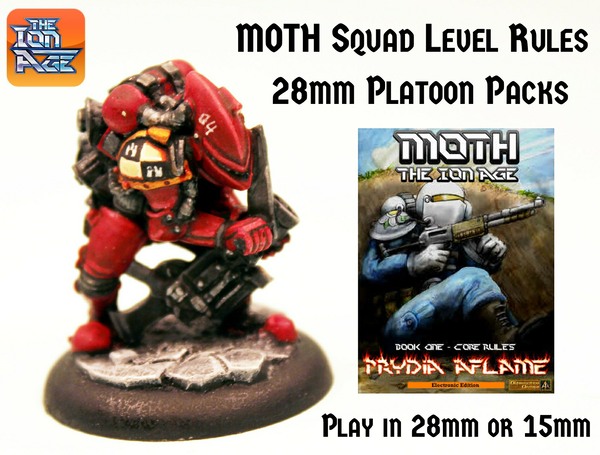 We have a range of around three hundred 28mm scale miniatures at The Ion Age as well as game systems for their use such as MOTH. We have now released platoon value packs for the 28mm Prydian Army and 28mm Khanate Empire (each gives you two miniatures out of sixteen free!) five different packs. We have also, until months end got a half price promotion on the MOTH squad level rules as a digital download (just 3GBP) (you can also get it in print at regular price). All details and pictures in the linked article. Regular releases begin again in September.

28mm News Sci-Fi The Ion Age
This entry was posted on Monday, August 27th, 2018 at 14:58 and is filed under News. You can follow any responses to this entry through the RSS 2.0 feed. You can skip to the end and leave a response. Pinging is currently not allowed.