No Hope in Sight Is Available 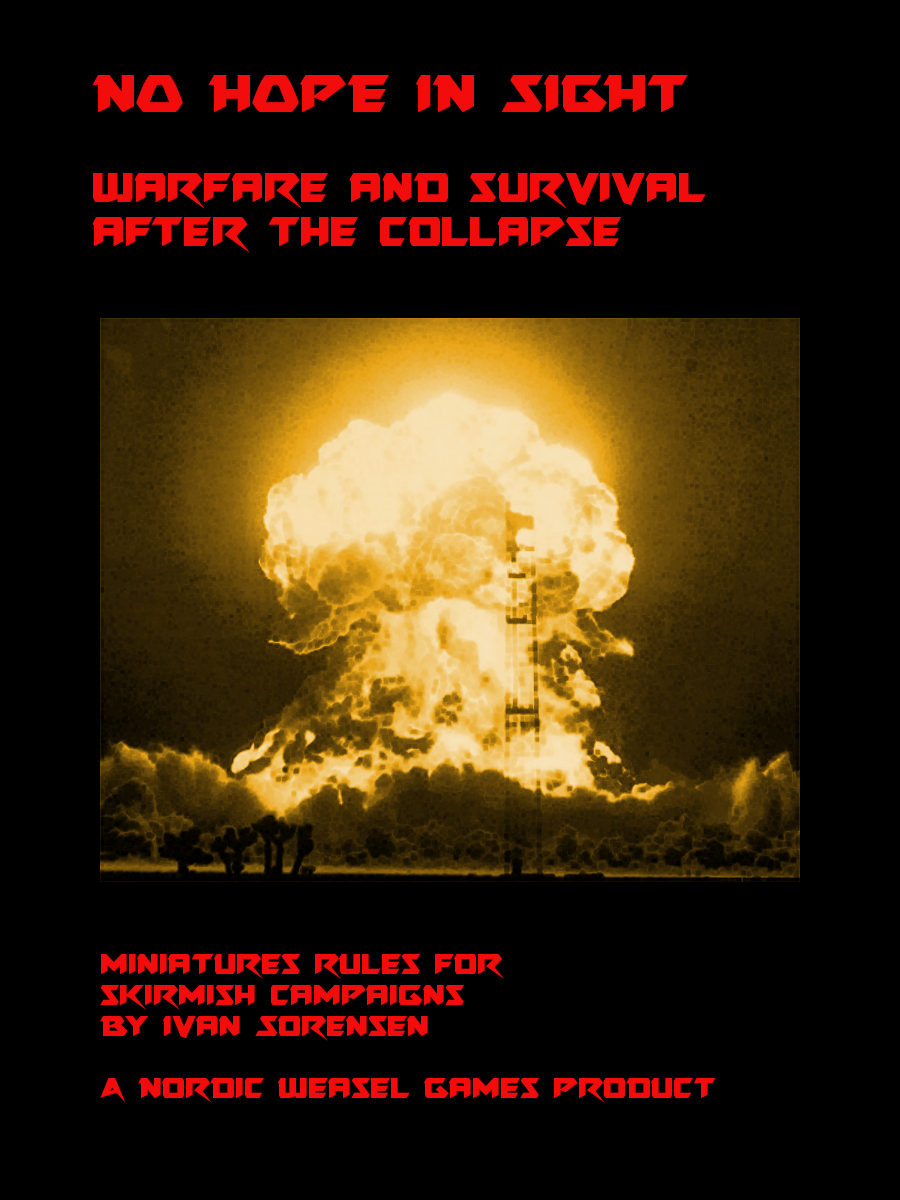 Radioactive dust under your feet, shotgun smoking in your hand and the mangled corpse of a scavenger to your front.

The world burned and we're left to make the most of it.

No Hope in Sight is a set of rules for post-apocalyptic warband campaigns.

Based on the "In Sight" system, the game plays quickly with constant, dramatic decisions as you try to advance in the face of enemy fire.

Lock down enemy lines of approach with covering fire, suppress their positions and deal with the wounded, as the game progresses.

No Hope in Sight features a fully fledged campaign system, where your warband can grow in strength, gaining territory and new gear.

Follow the same cast of characters as they make their mark on the wasteland, with the character-driven campaigns you've come to expect from Nordic Weasel Games.

Playable with any individually based figures.

$9.99 from your local, friendly wargame vault

New Release Nordic Weasel Games Sci-Fi
This entry was posted on Monday, November 23rd, 2015 at 09:29 and is filed under News. You can follow any responses to this entry through the RSS 2.0 feed. You can skip to the end and leave a response. Pinging is currently not allowed.

2 thoughts on “No Hope in Sight Is Available”