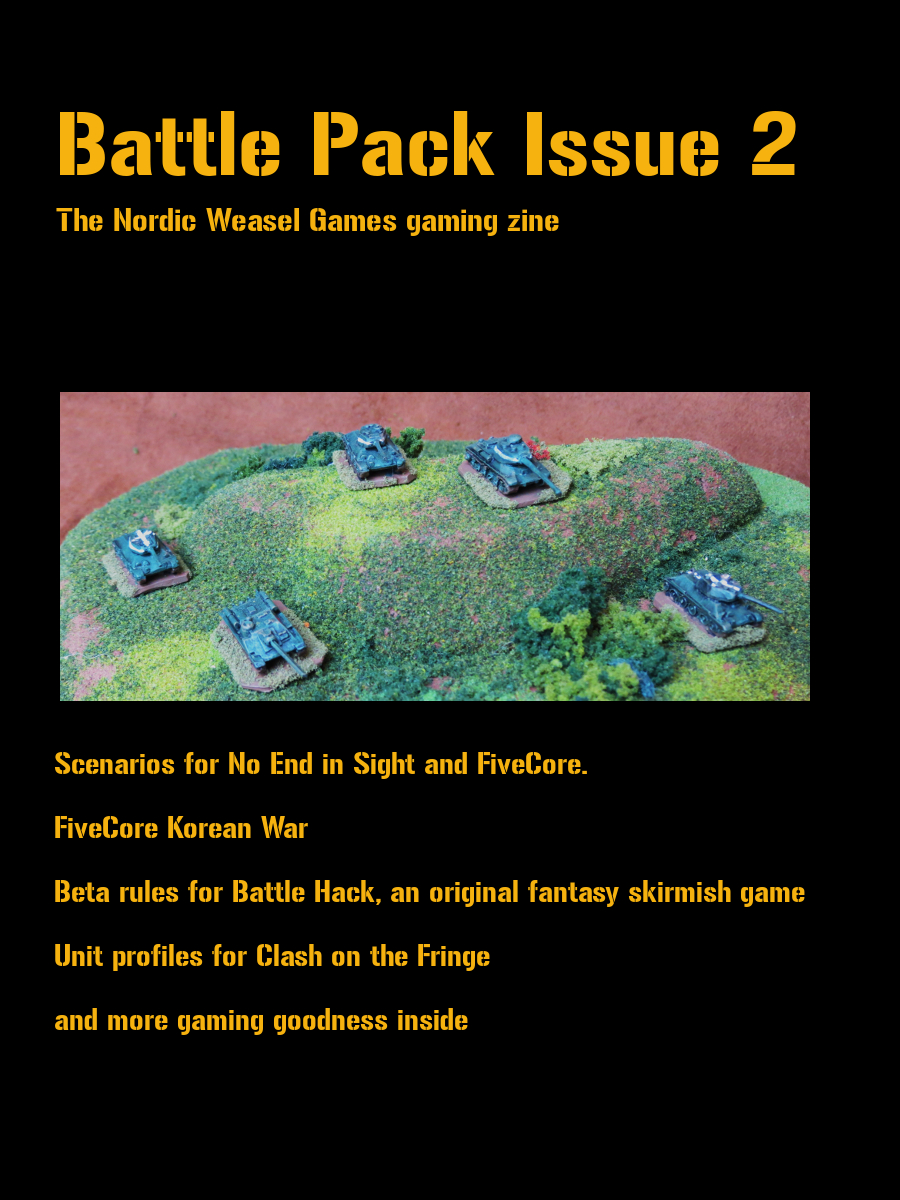 Welcome to the second issue of the Battle Pack wargames 'zine!

The big feature for this issue is the fully playable beta version of Battle Hack:

A tactical fantasy skirmish game with character classes, played on a map board, grid or dungeon tiles.

You will also find:

*Ready-to-play unit profiles for Clash on the Fringe

*Background info on the Soulless in the Fringe Space setting

*An anti-terror scenario for FiveCore by Tom Mecredy

A total of 46 pages of gaming goodness.

New Release Nordic Weasel Games PDF
This entry was posted on Monday, June 1st, 2015 at 11:30 and is filed under News. You can follow any responses to this entry through the RSS 2.0 feed. You can skip to the end and leave a response. Pinging is currently not allowed.