NWG – Scum of the Earth! 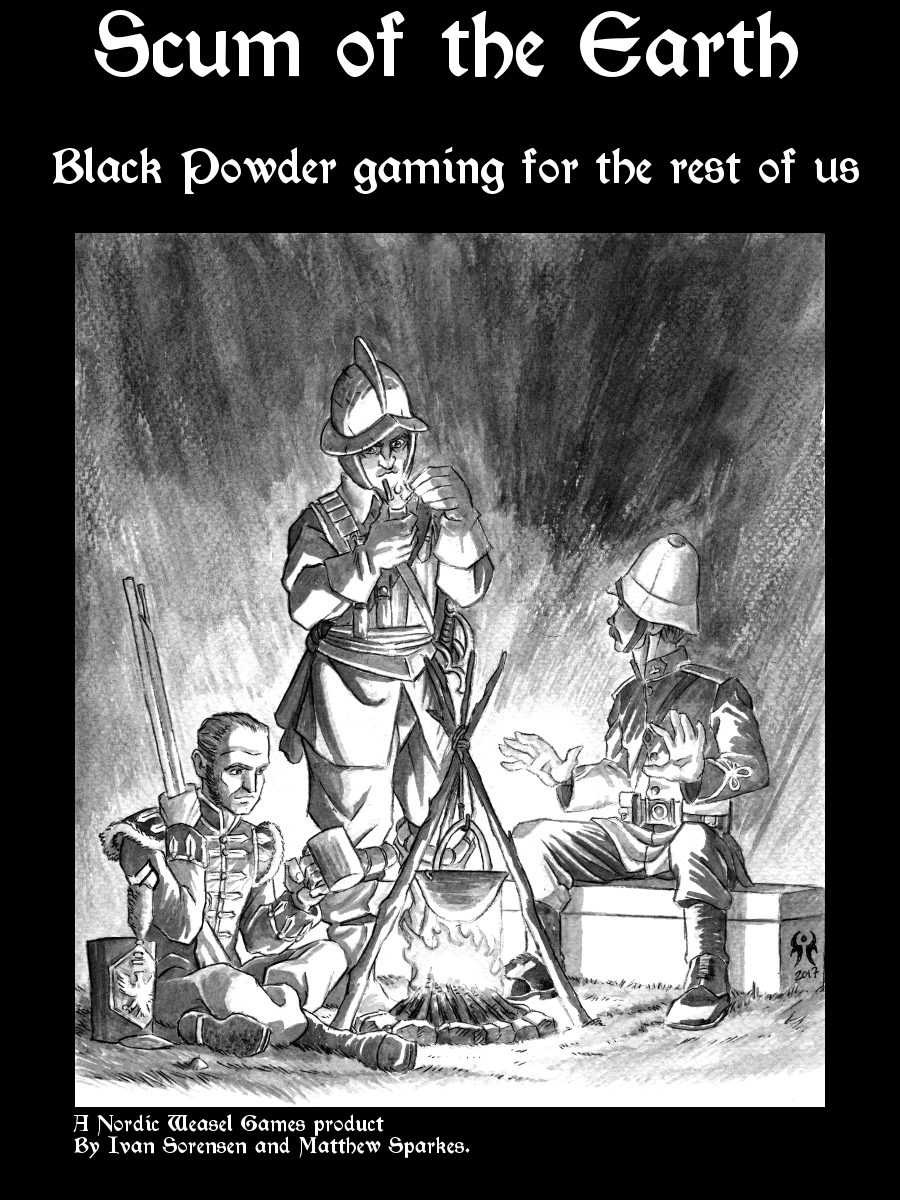 "Sire, the reinforcements have arrived on our left flank!"

"Excellent Windsor, let's give these French degenerates what for"

"What about their uniforms?"

"They look... well Sire, I swear they look like Austrians"

"By God man, if they are shooting at the French, what does it matter what they look like?"

We all have a shelf full of dusty miniatures: Those 8 grenadiers you bought because you were going to build an army, 20 Austrians and a few Seven Years War cavalry you never got around to using.

Scum of the Earth is a game intended to help get those figures off the dusty shelf and on to your table.

The goal is to remove as many barriers as possible to play: We use small units (6 figures/stands for infantry), the game plays on a 2x2 foot table and require only a couple of dice to play.

*Core game rules that can be explained in a couple of minutes.

*Character figures such as flag bearers and leaders are included.

*A Trait building block system letting you construct units that are colourful and interesting. Your French Hussars might be Arrogant and Stalwart while my British regulars are Veteran Scum.

*Campaign rules using a card system, letting you play a character-ful campaign without relying on maps.

*Rules for retaining your battle hardened veterans across multiple games.

*Notes, rules adjustments and traits to let you play the following conflicts:

Each period is brought to life with a few rules to adjust the core game mechanics as well as colourful traits such as "Courtesy of Norway", "Rebel Yell" and "Every man a Marshal".

The goal of Scum of the Earth is not to provide an exacting simulation, it is to provide a flavourful microcosm of warfare in the black powder era (and just beyond).

Most importantly, it is about getting picking up a pack of figures that you like the looks of, painting them as you like them and getting them on the table.

black powder New Release Nordic Weasel Games
This entry was posted on Monday, March 20th, 2017 at 09:20 and is filed under News. You can follow any responses to this entry through the RSS 2.0 feed. You can leave a response, or trackback from your own site.