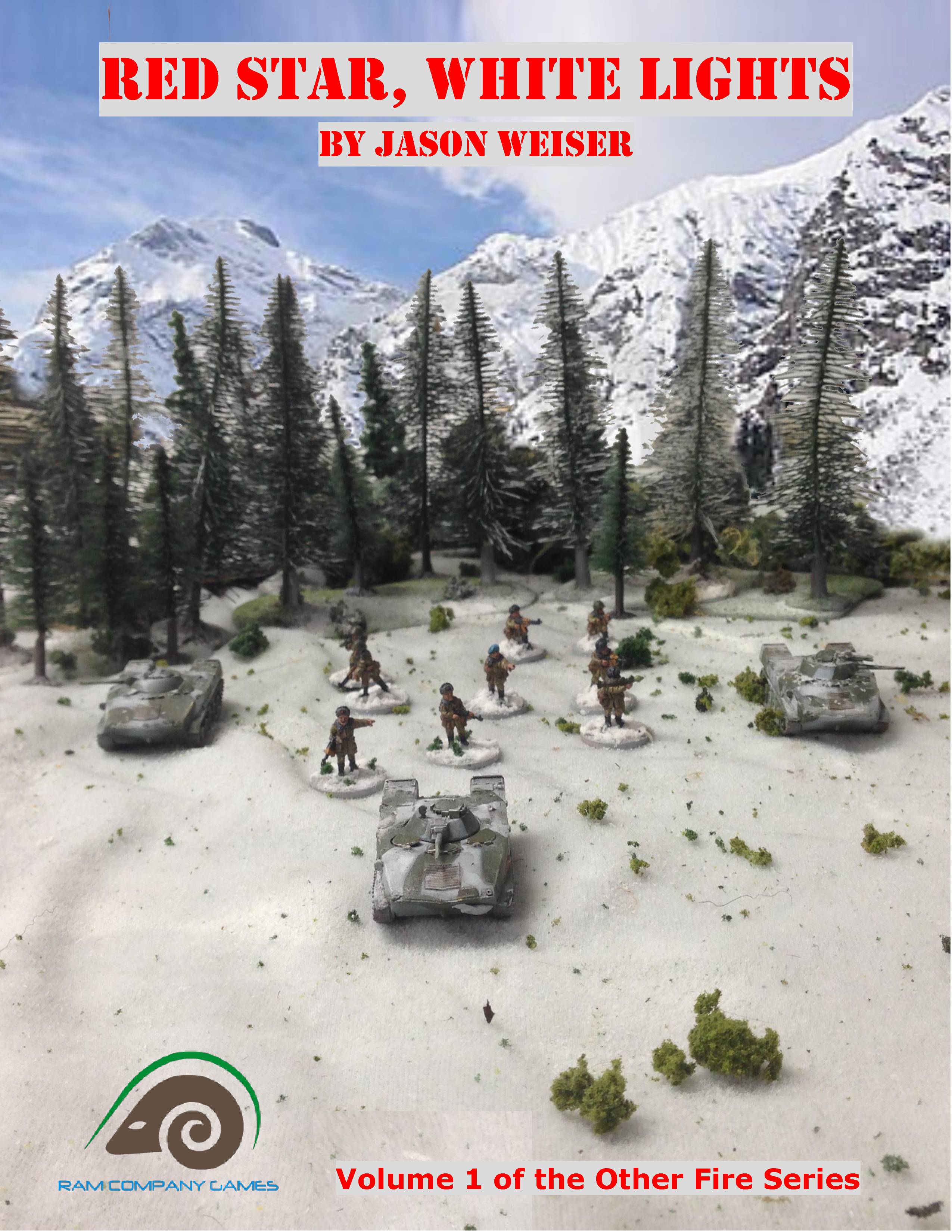 Warm up your wallets, and prepare to game on one of the coldest battlefield. Red Star, White Lights (hereafter referred to as RSWL) explores what might have happened in a Scandinavian theater of a Third World War in 1985.

It is a rules neutral (that means you can play it with any rules set) set of 12 skirmish scenarios and detailed squad and platoon orders of battle for Norway, Sweden and Finland, as well as the Soviet VDV and Naval Infantry, and the British Royal Marine Commandos.

It also has notes for where to find miniatures to play out these battles in the cold north, as well as some suggestions for special rules and troop attributes. In short, it's a complete product!

But it is also part of a series, a series meant to answer the question, "What is going on in those 'Other Fires' of the Third World War" outside the conflagration of the Central Front.

RSWL is a PDF only product, and is being sold for $9.99 USD via Wargames Vault, or ArmiesArmy.com. We are offering $1 off for Guild Supporting Members and SOTCW members, but proof of membership is required.

So, warm up your wallets, pack your snowshoes, and come see what might have happened if the Red Star advanced south under the White Lights!

modern News ram company games
This entry was posted on Friday, January 22nd, 2016 at 09:16 and is filed under News. You can follow any responses to this entry through the RSS 2.0 feed. You can skip to the end and leave a response. Pinging is currently not allowed.