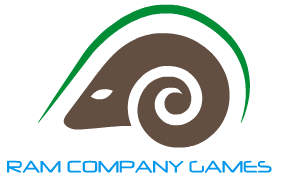 Hello everyone, I am writing to announce first, the formation of an imprint of ArmiesArmy called Ram Company Games. We will be an imprint doing generic scenario packs designed to appeal to the skirmish gamer, at least at first, but we’ll be expanding our repertoire as time goes on. Our first series we will be working on is called Other Fires: The Other Theatres of the Third World War.

These are scenario packs set in places other than the “traditional Soviet Sunday Drive to the Rhine.” The first is called Red Star, White Lights, and is set in Norway, Sweden and Finland in a hypothetical 1985. It is elite units and determined national armies fighting it out for a very important (but not often wargamed, at least from the non-naval perspective) area of the world.

I hope you enjoy our first offering, I am putting my heart and soul into it, because I want you, the gamer, to feel you are getting your money’s worth. We also hope you consider using the 15mm figure line AA is putting together for battles in the north, and I will say this much, they look great from the pictures I have seen. But, you can use any scale, and any rules set you like.

I hope to have it ready by sometime before winter is over, but it will be ready when it is ready, and not a moment before.

So, come join us as the Red Star advances under the White Lights, and see who might have come out on top!

Red Star, White Lights will be available through the ArmiesArmy website and Wargames Vault, once it is ready!

modern News ram company games Sci-Fi
This entry was posted on Friday, November 13th, 2015 at 18:08 and is filed under News. You can follow any responses to this entry through the RSS 2.0 feed. You can leave a response, or trackback from your own site.