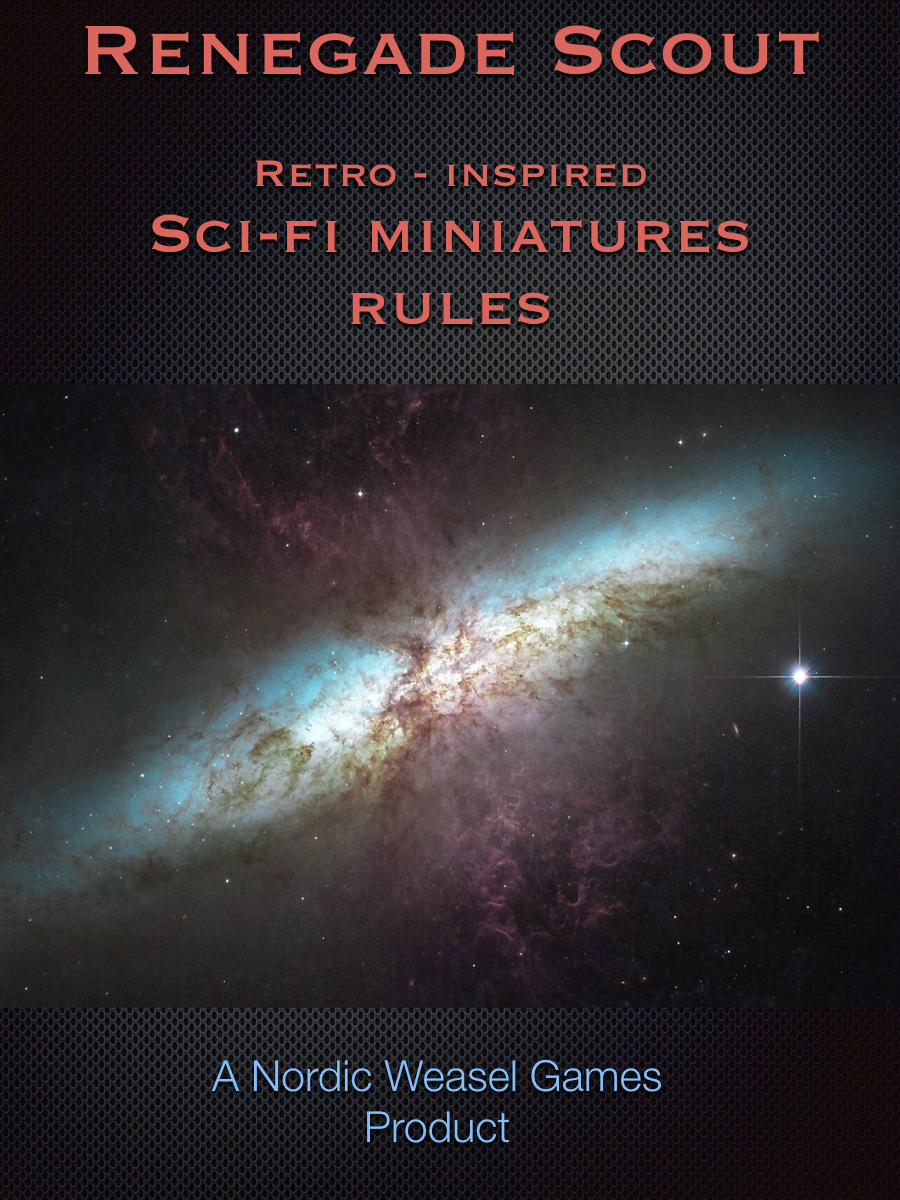 You waited for it and now the wait is over.

At 179 pages, this is the biggest,most jam-packed game I have ever done.
Whether you want to level up your favourite miniatures, fight on worlds full of weird alien stuff, pick from 15 alien species to build your troops or what you want to do, it's all here.

As a bonus, if you don't like the creatures and weapons we included, you can convert troops and weapons from any edition of 40K, and play them in a sleek, modern rules set.

Do you want vehicles? Do you want man to man skirmish action? Magical powers? Big monsters and inexplicable happenings?
Do you want 15mm? 28mm?

There's more stuff in here than in pretty much any game I've ever written. It's a beast.

New Release Nordic Weasel Games Sci-Fi
This entry was posted on Monday, August 13th, 2018 at 08:50 and is filed under News. You can follow any responses to this entry through the RSS 2.0 feed. You can skip to the end and leave a response. Pinging is currently not allowed.

One thought on “Renegade Scout Is Here!”