Today, we have released the first four sets of Sally 4th Pulp Alley Character Cards
These cards are published by Sally 4th for use with Pulp Alley.
Cards are professionally printed in full colour on top quality 350g card stock.

The idea of the range is to increase the number of ready to play character resources available for Pulp Alley.
Each pack of character cards is based on a box set or blister pack of miniatures and contains two cards for each miniatures so that you can choose to field Col Sir John Ripperton from the Rugged Heroes of the Empire pack, for example as either a leader or a sidekick.

If the packs are popular, we have many, many more packs planned. I have four packs in the pipeline for next month, but am always happy to take requests for packs based on any of the miniatures that we supply, (currently Pulp Figures, Thrilling Adventures, Copplestone, Warlord Games, Artizan, Great Escape Games)

The Shelton Gang based on The Chicago Way Moonshiners RRP £4.50 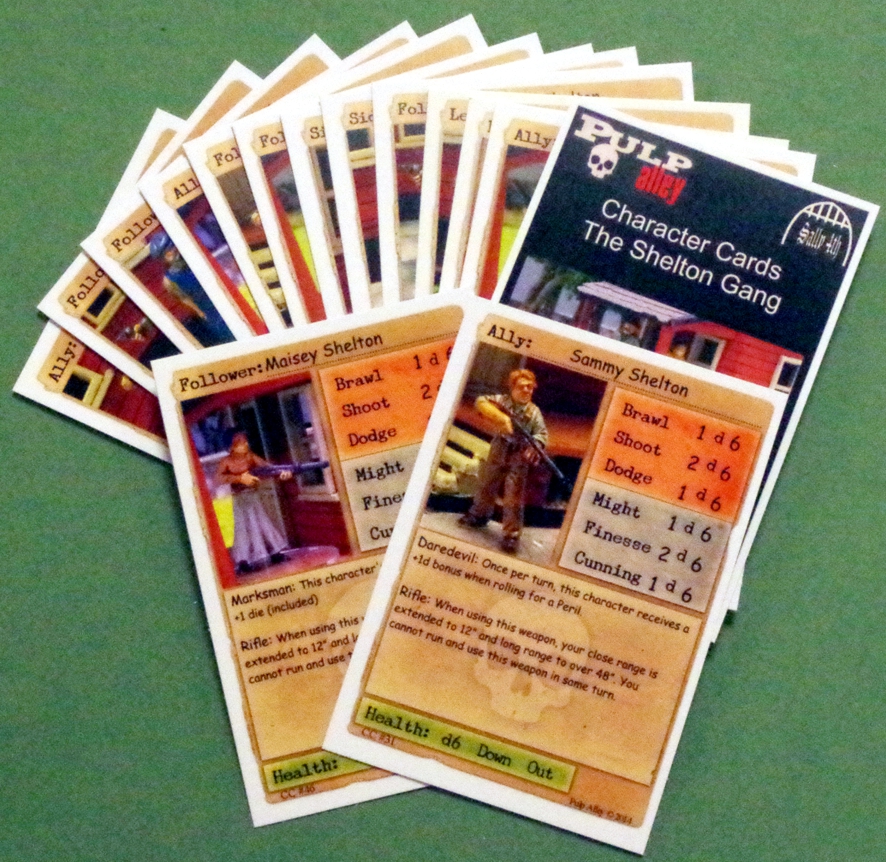 Federal Agents based on The Chicago Way Prohibition Agents RRP £4.50 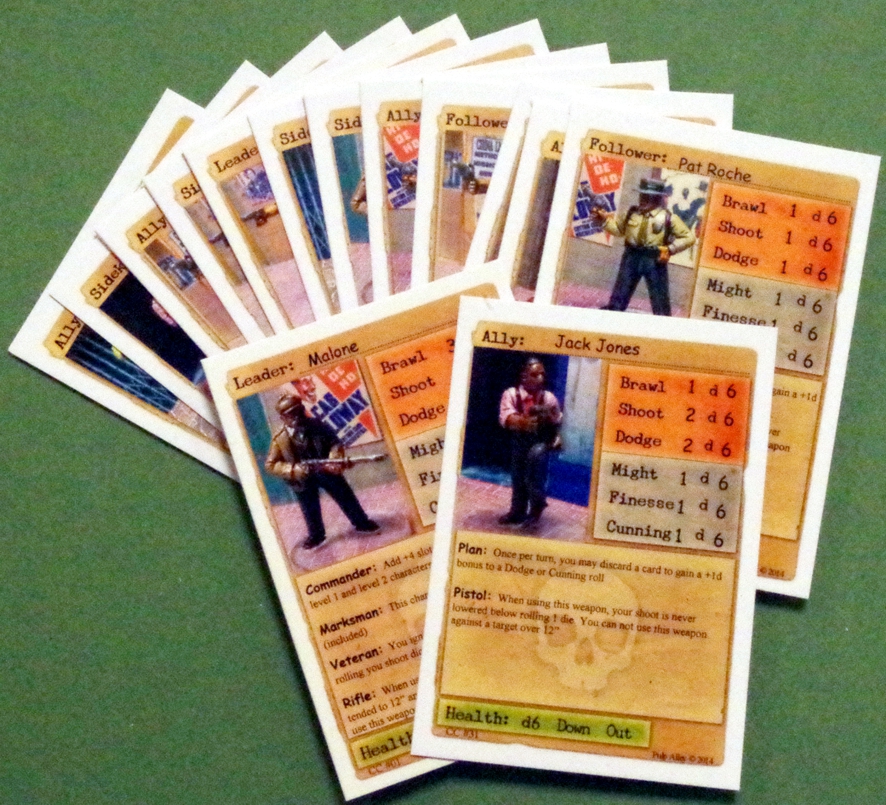 Rugged Sons of the Empire based on Pulp Figures of same name RRP £3.50 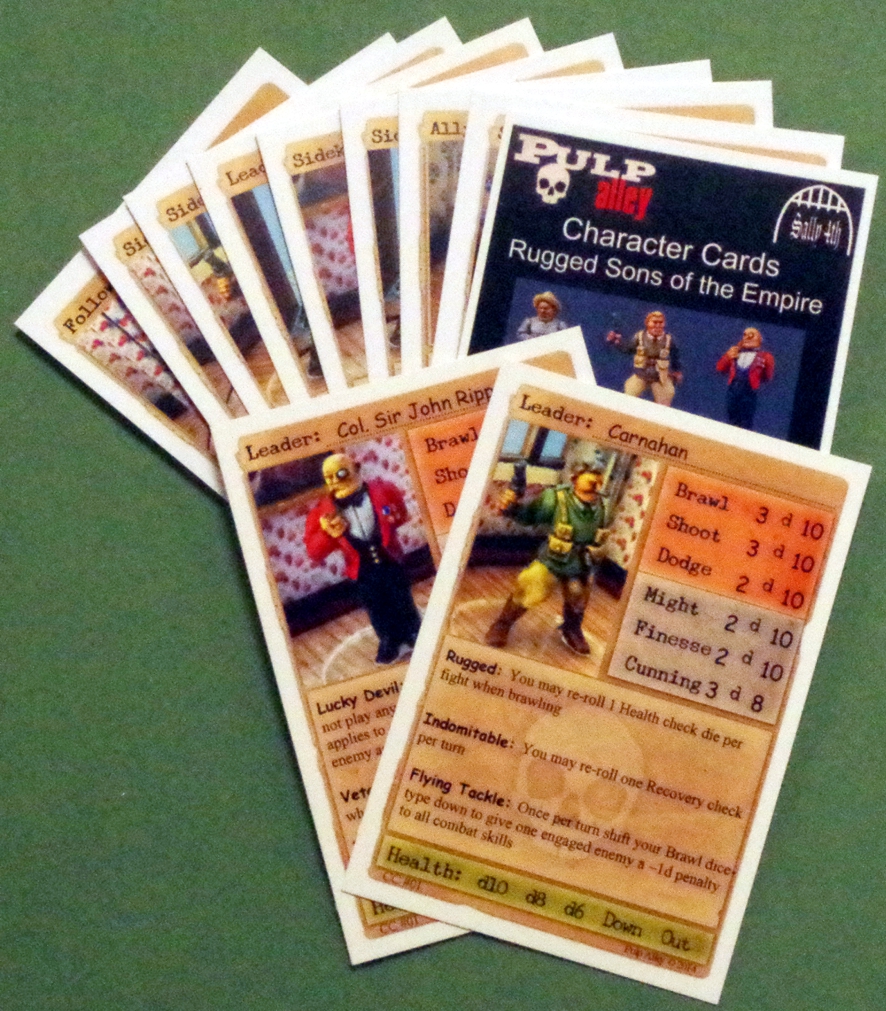 Dangerous Dames 2 based on Pulp Figures of the same name RRP £3.50 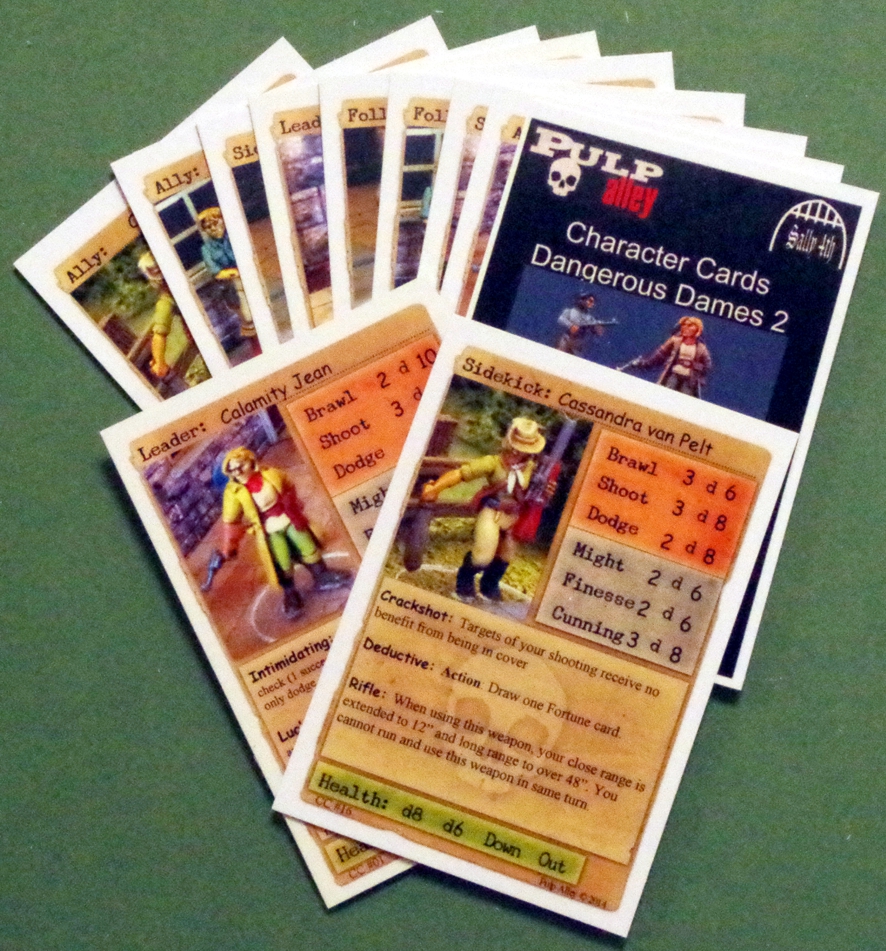 We also have combo deals whereby you can purchase the cards and the miniatures together at a 10% discount.

New Release pulp alley sally4th
This entry was posted on Thursday, May 19th, 2016 at 16:36 and is filed under News. You can follow any responses to this entry through the RSS 2.0 feed. You can leave a response, or trackback from your own site.