Whiteout is a solo/co-op miniatures game set in the Arctic wastes.

It is a game of survival whilst trying to achieve your government’s nefarious aims.   You are challenged with completing your mission while both the enemy and the environment try their best to kill you.

Unlike many miniatures games it is not played against an opponent, but against the game’s system itself. The games can either be played solo or with a group of like-minded individuals. However, when playing with others, you are all on the same side working together as a team in order to overcome the hazards and dangers that the game system throws against you.

The gameplay for Whiteout follows a simple format. It is based on two sets of card decks: Terrain and Encounter.

To begin, a plain terrain tile is placed in one corner of the table. Characters are placed on the terrain tile.

To move into a new terrain tile, a character needs to move to the tile edge. At this point a Terrain Card is drawn. A terrain tile is added to the table that matches the card drawn. An Encounter Card is drawn and placed face down on the new terrain tile. When this tile is entered, the Encounter Card is turned over and must be resolved. This procedure continues until the mission criteria is fulfilled or all party members have perished in the snow.

The mission is broken down into days separated by overnight camps. These may be forced by Encounter Cards or you may choose to camp early in order to recover lost Endurance or Sanity.

There is also an Equipment Deck. Each character is able to carry up to four ‘hands worth’ of equipment. Equipment is chosen at the start of the mission according to the mission briefing. Equipment may be ‘Lost’ or ‘Banished’, or new equipment found, during Encounters. 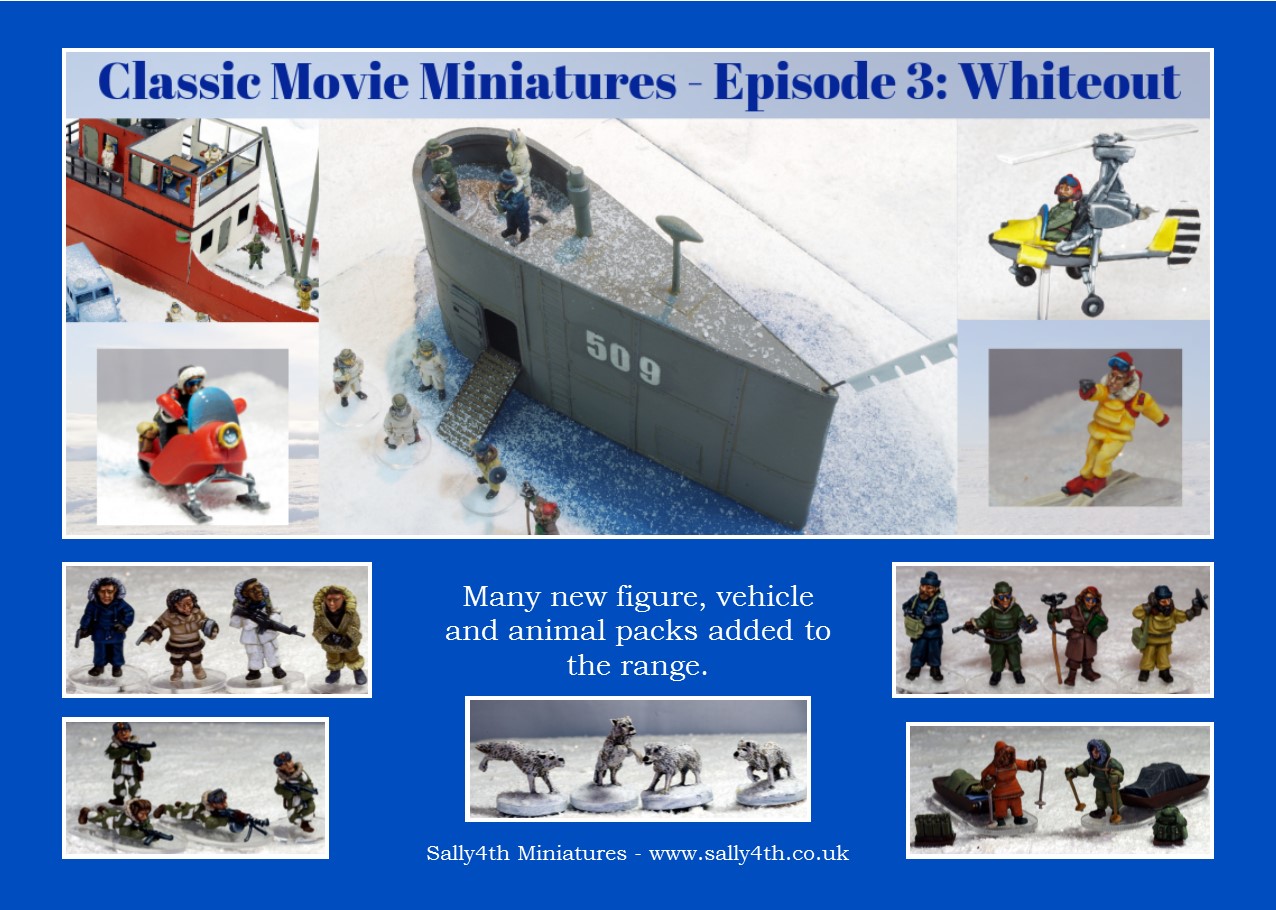 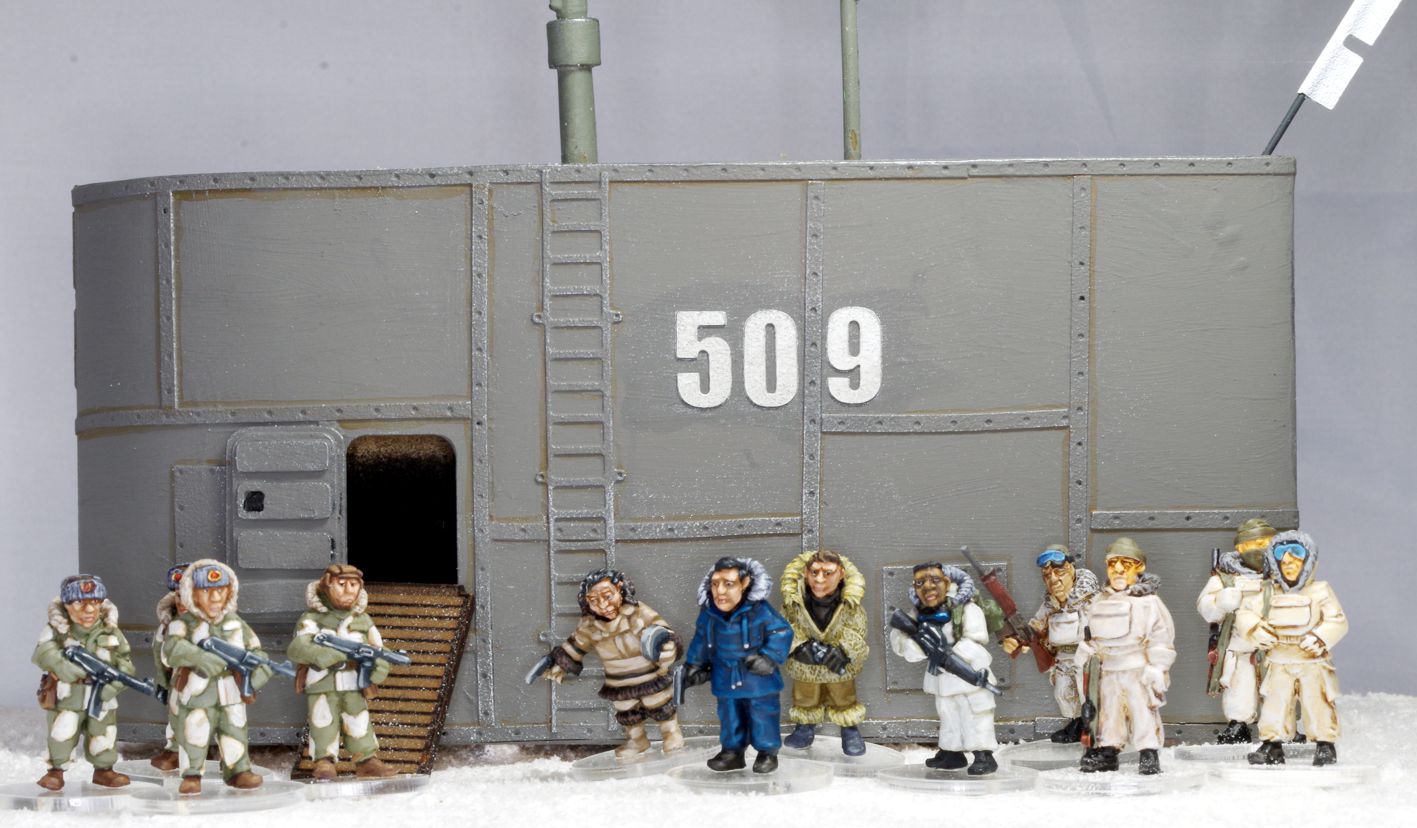 28mm modern New Release sally 4th
This entry was posted on Saturday, January 25th, 2020 at 09:49 and is filed under News. You can follow any responses to this entry through the RSS 2.0 feed. You can skip to the end and leave a response. Pinging is currently not allowed.