Four 28mm Sci-Fi vehicle kits have been added to the Albedo Miniatures range.

The kits (but not the combined deals) will also be available from Albedo Website in early December. 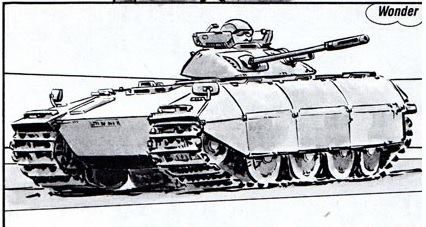 The AV8 series APC – Background Information
The standard EDF AV8 APC is a tracked, low profile vehicle, capable of carrying eight fully equipped infantry and a driver. Powered by a small fusion plant, the vehicle provides protection against small arms, as well as limited protection against missiles and large-calibre weapons. The AV8 has firing ports to allow the passengers to use their sidearm if required, as well as a post mounted 10mm M2-50 HMG, which is fired by a critter from an open hatch.

The early AV8 units were very reliable, but were intended for use in short, sharp engagements, not as the mobile dwelling for eight critters for weeks at a time. Consequently, these early vehicles were usually festooned with kit bags, boxes and other paraphernalia, which made them inefficient to work, and very messy to look at.

After Beii, a refined version was introduced, (the AV8B), which had stowage bins mounted along the length of the hull, above the track guard, as well as other minor improvements, but the basic vehicle was reliable and offered enough protection to be useful throughout the war, so long as you didn’t try to go anyplace really dangerous.

The basic AV8 hull was subsequently adapted to create a range of specialist vehicles, most of which are not covered by this model. One variant that is included is the AV8F.

The AV8F is a fire support vehicle, usually referred to as a FIre Support Team (FIST) vehicle. The FIST vehicle is fitted with a turret that replaces some of the crew compartment, leaving space for four armed critters as well as the driver and commander/gunner. FIST vehicles are used two ways, either as a reconnaissance vehicle, carrying a half squad of critters for recon on foot or to provide security; or as part of a mechanised infantry support platoon, carrying a heavy weapons crew.

Typically, the single person turret mounts a 30mm liquid-fuelled cannon and a 10mm HKMA 2-50 machine gun in co-axial mounts. However, some variants sport two PML tubes as well as the cannon – but it is not known if this was standard, or a field modification. This variant is referred to as AV8F2.

Later War Improvements
In Phase IV, the AV8G became standard, mounting a remote turret with an HAKW 2-50 fitted. The remote turret helps to minimise crew exposure, and is controlled by a limited AI that is tasked by the driver – this reduces crew work load overall, while allowing every vehicle to be armed and still carry a full complement of troops.

The FIST vehicle was also updated, using the laser technology fitted to the Aero 4 Aerodynes to replace the cannon in the AV8F3 variant. AI was retrofitted to many vehicles in Phase IV and after ward, performing all manner of tasks to support the crew and commanders, and making the vehicle and force more effective. 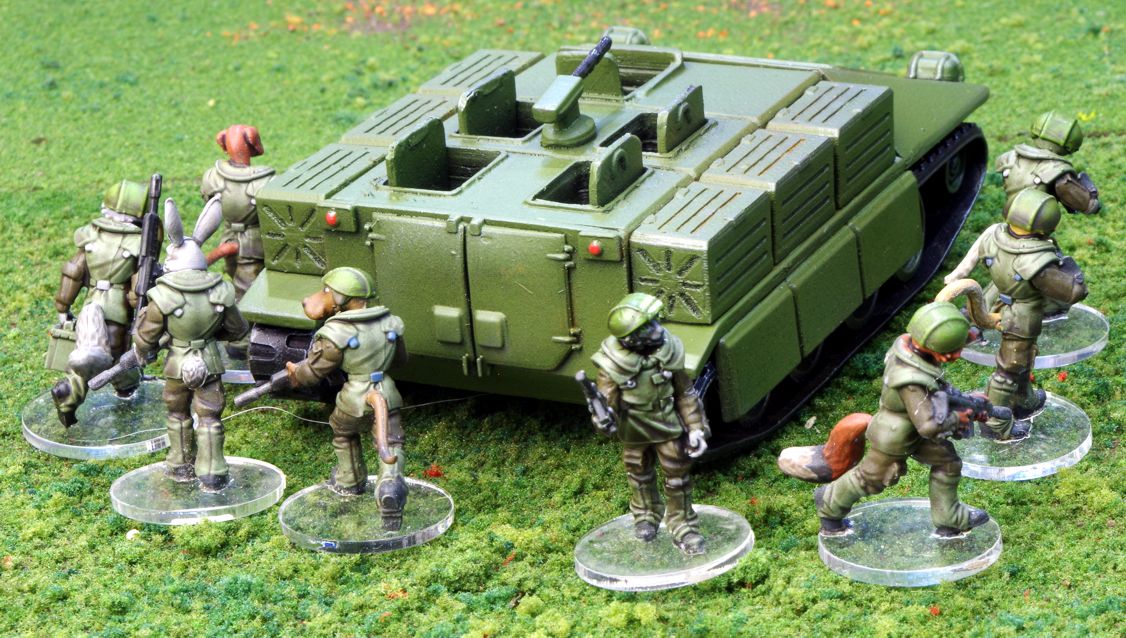 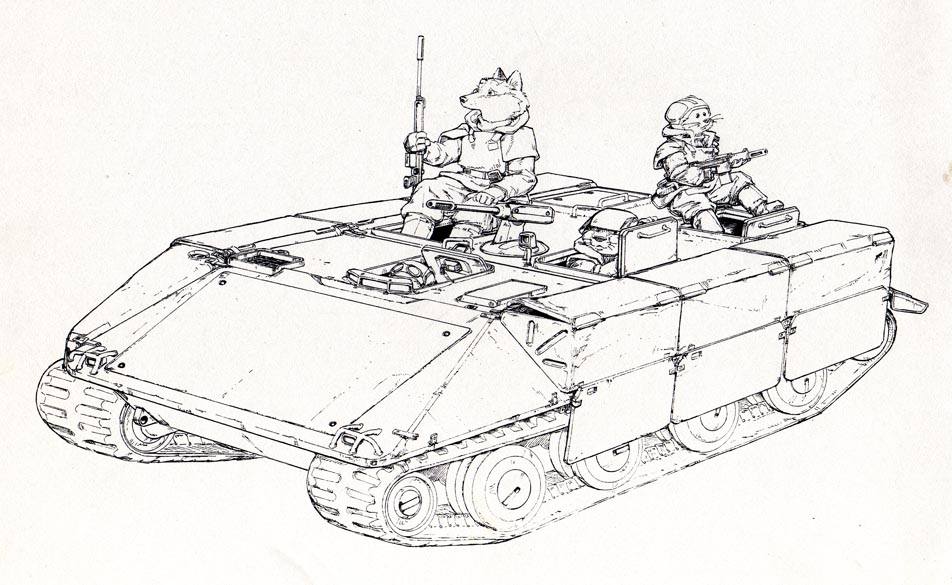 28mm News sally4th Sci-Fi
This entry was posted on Thursday, November 15th, 2018 at 09:22 and is filed under News. You can follow any responses to this entry through the RSS 2.0 feed. You can skip to the end and leave a response. Pinging is currently not allowed.