SOTCW Journal 95 now out
The Society of Twentieth Century Wargamers is happy to announce that Journal 95 has been sent to members. The print versions have been posted, and the PDF versions are available to download as usual.

You can join the SOTCW  HERE 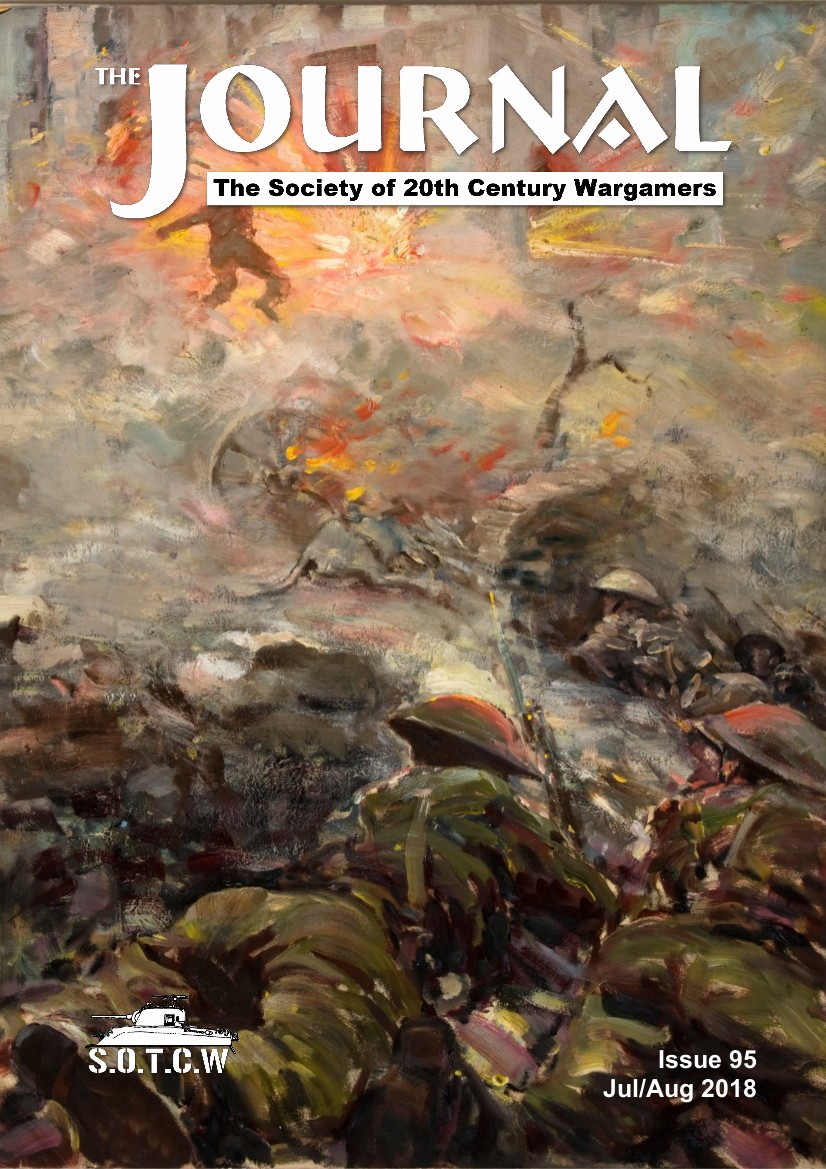 Contents
Editorial
Revolutionary Militias of the Spanish Civil War
French Parachute Troops 1935-1940 - The origins of the French Parachute Forces
A Miscellany of Morgan
Storm – a simpler way to fight – Wargames Rules by Greg Potter
Night Raid on the Aragon Front – A small militia scenario for the SCW
Operational Games
Who Dares Wins – The SAS in the Desert 1941-1943
Out of the Blue – An SAS Scenario in the Desert
French Counter-attack at Kuneitra – Syria, 15/16 June 1941
Marnach – Ardennes, 16/17 December 1944
Bookshelf
Rob's Rearguard

modern New Release SOTCW
This entry was posted on Thursday, July 5th, 2018 at 14:11 and is filed under News. You can follow any responses to this entry through the RSS 2.0 feed. You can skip to the end and leave a response. Pinging is currently not allowed.