Our Squadron Commander range has been static for a while, but it’s had a revival in sales recently, partly we suspect because of ‘gamers using the models as air support for 6mm ground games (the models are the same scale). 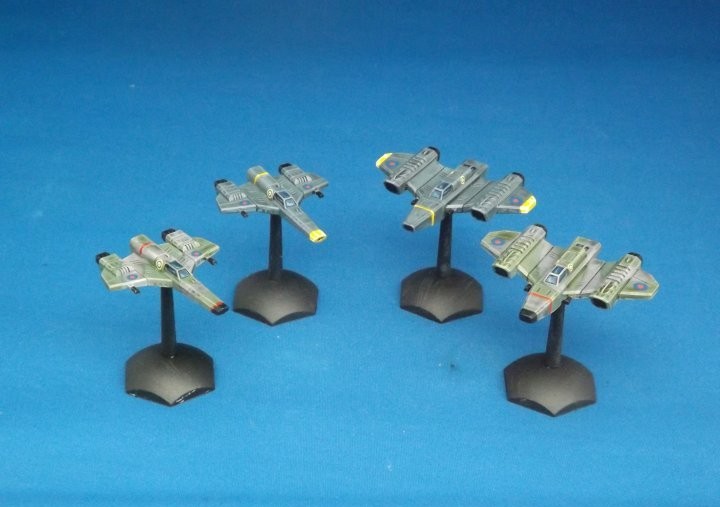 So it’s time we added some new models, and today we have two British fighters. Both are scaled up from their tiny counterparts in the spaceship range, although a simple scale-up of the smaller versions just wouldn’t work – some details would be too big, wings would be too thick, they really just wouldn’t look right. So I’ve redesigned them from scratch so that everything works in 1/300th. I’ve also had a bit of fun painting some retro RAF colour schemes using markings from Dom’s Decals.

The models will be available individually or in flights of four.

6mm Brigade Models New Release Sci-Fi
This entry was posted on Saturday, April 15th, 2017 at 13:31 and is filed under News. You can follow any responses to this entry through the RSS 2.0 feed. You can leave a response, or trackback from your own site.