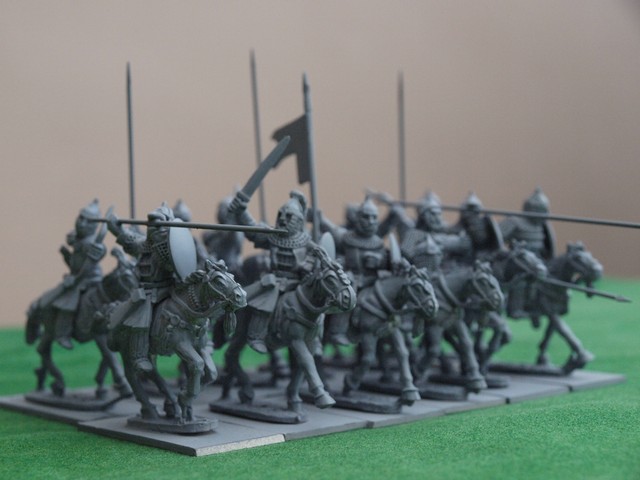 We have completed the Sughdian cavalry.
A command of 3 figures, 2 packs of 3 with lance levelled, 1 pack of 3 with lance upright and 2 packs of 3 archers.
These will do for a whole range of Eastern warriors of the period e.g. Early Turks, White Huns, Khurasani, Ephthalites and late Saka warriors.
They will fit perfectly into a late Sassanian army representing one of the Eastern units raised from what was a vassal state run by Turkish nobles and minor Iranian nobility of Dihqans.
Many Turks were now also living in eastern Iran and serving as mercenaries. The figures are a mix of 1, 2 and 3 part bodies and come with shields and bow cases.
We cannot supply the metal NS102 pikes at present as we have run out of stock (try Northstar).
The riders are sold separately to allow the choice of horses, they fit all the horses in the SASSH01-11 section.

They are in 28mm white metal. 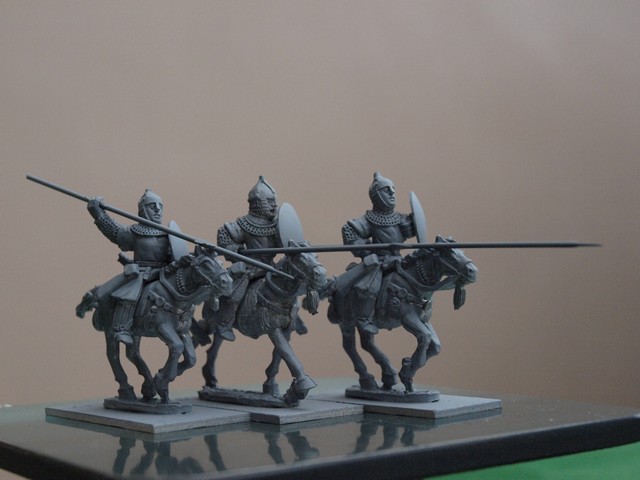 28mm Aventine Miniatures historical New Release
This entry was posted on Tuesday, March 24th, 2015 at 17:00 and is filed under News. You can follow any responses to this entry through the RSS 2.0 feed. You can leave a response, or trackback from your own site.