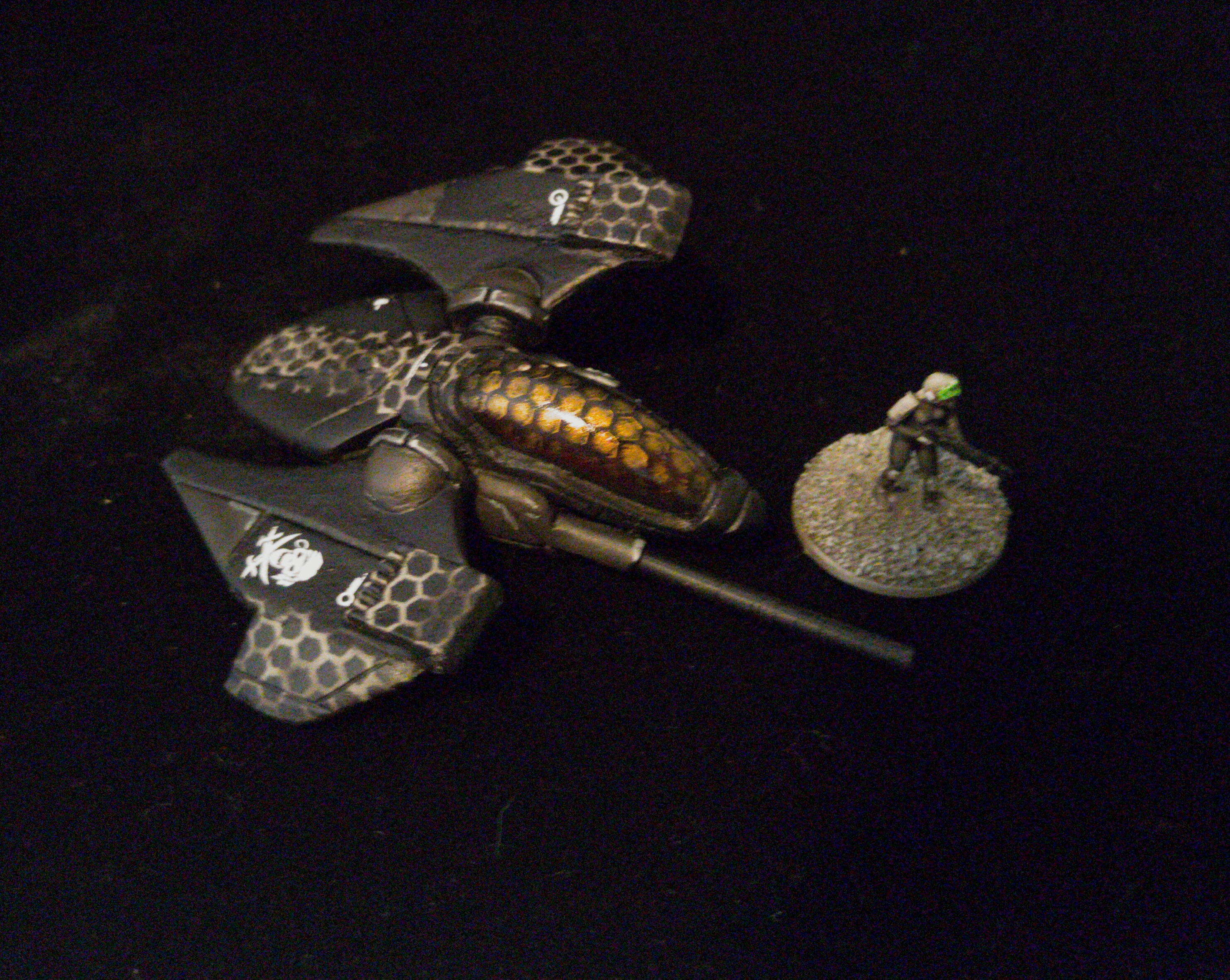 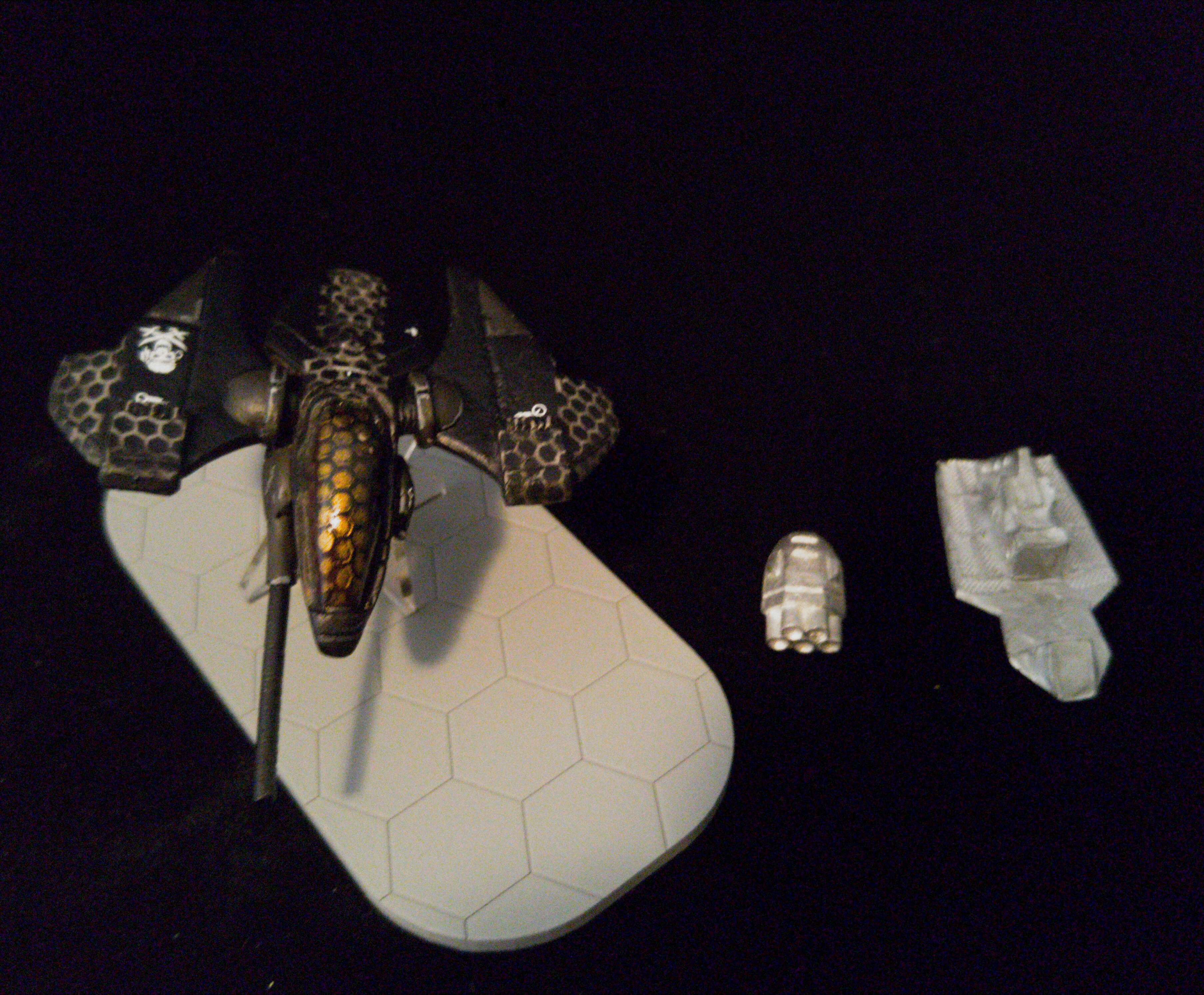 Inspired by a design by James Jimbo Burrell of http://acpgames.com/
Sculpted by Harley Graves 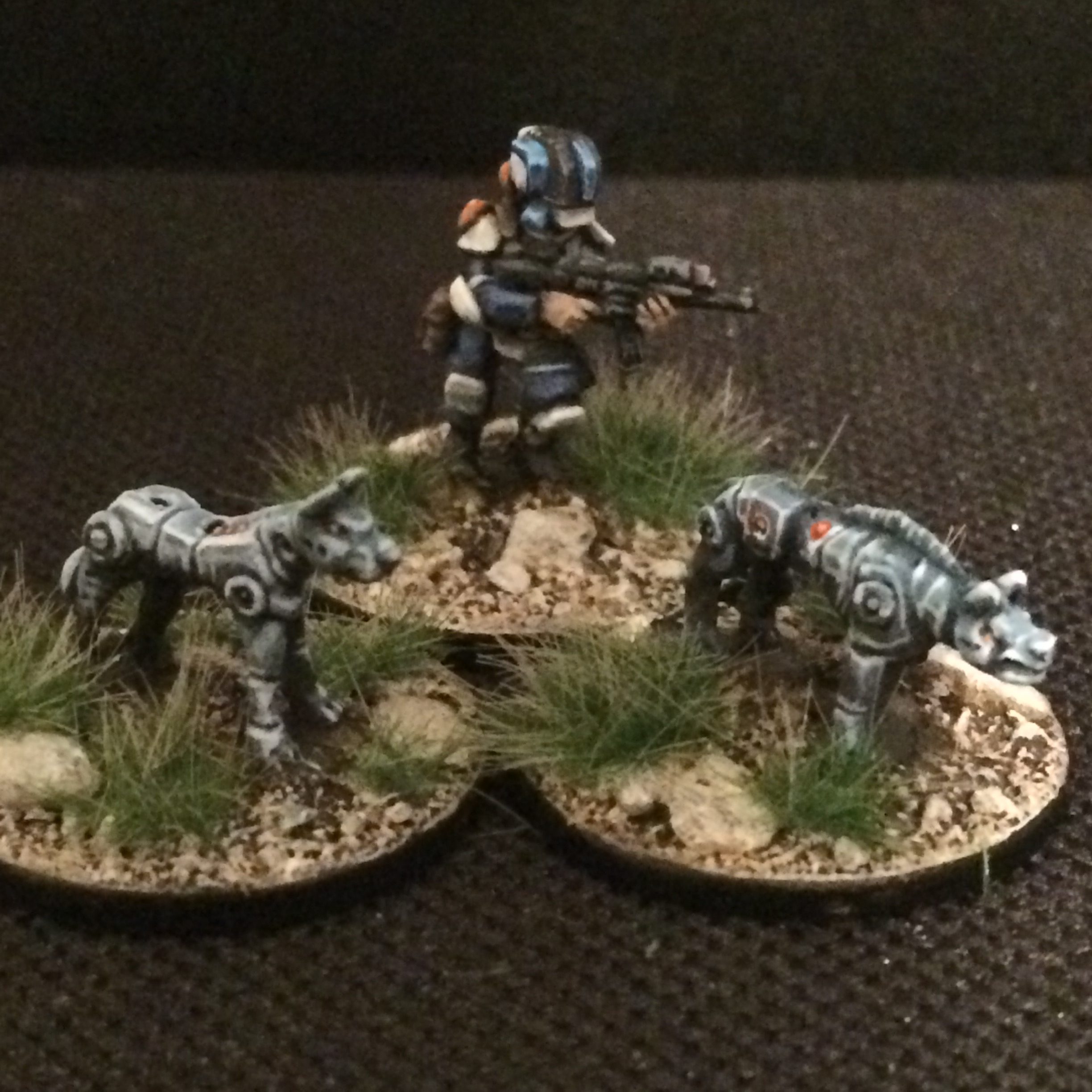 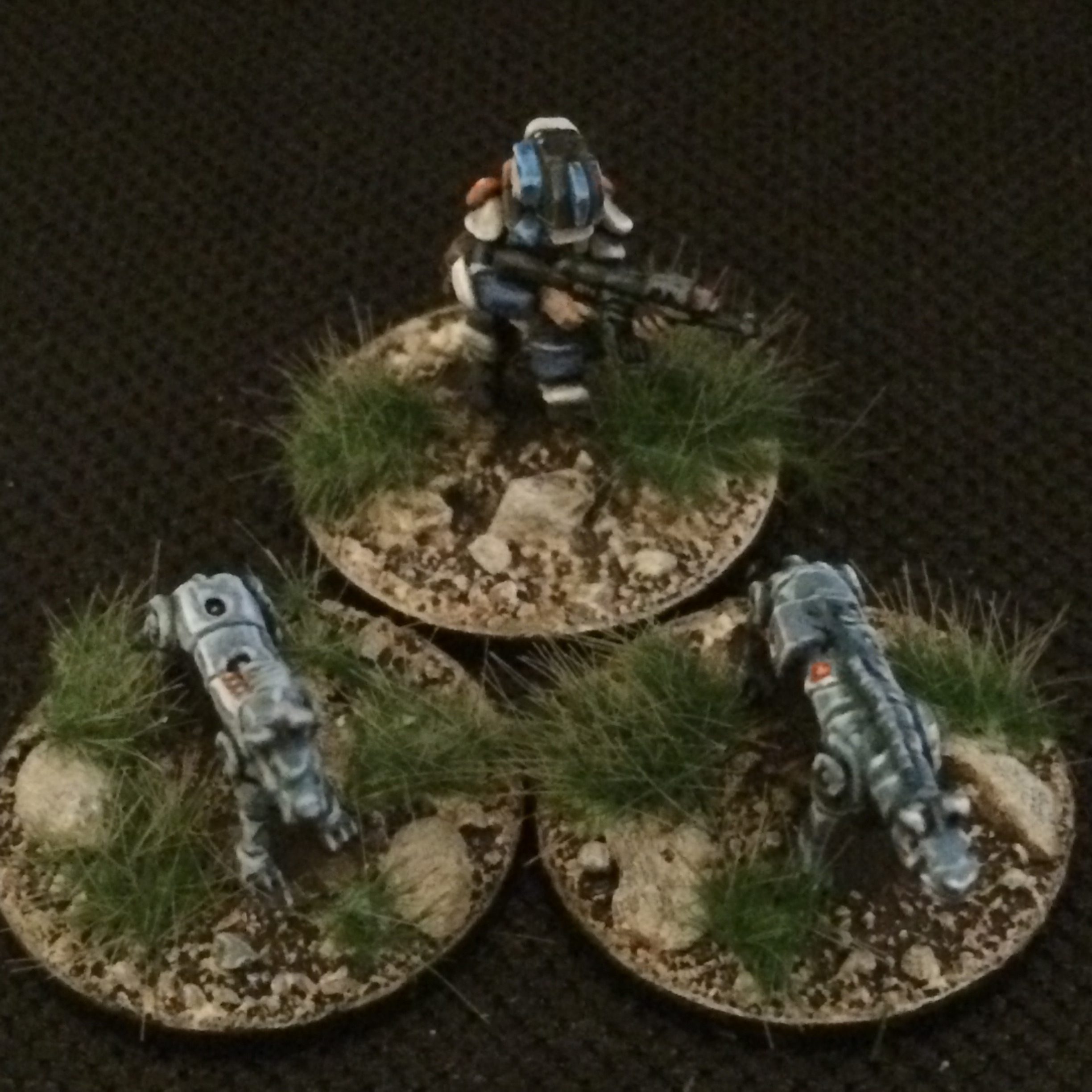 K9s have been an important part of the Covert Ops community for over a century. The Cyber-K9 takes the trainability and loyalty of the standard K9 and introduces an advanced cybernetic body to allow for a variety of modular upgrades that make the Cyber-K9 a dangerous foe on the battlefield.

The Handler Operative is equipped with a state-of-the-art neural-interface MK VI helmet. This gives the Handler Operative the unique ability to give mental commands over an extended range directly to the Cyber-K9s, creating a dangerous and capable force-multiplier...

Patrol Craft Fast (PCF), also known as Swift Boats, were all-aluminum, 50-foot (15 m) long, shallow-draft vessels operated by the United States Navy, initially to patrol the coastal areas and later for work in the interior waterways as part of the brown-water navy.

Light SEAL Support Craft (LSSC). These 24-ft small boats were powered by 2 Jacuzzi water pumps (similar to the PBR) and used to interdict Vietcong movement of arms and munitions, and insert/extract SEAL teams for counterinsurgency(COIN) operations during the Vietnam War.

For more details and to order www.gomidesigns.co.uk/

Previews from The Ion Age 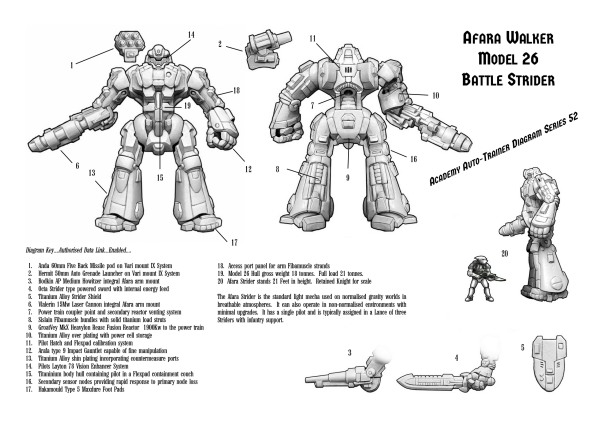 The Ion Age! On Friday 8th June we will be putting our first 15mm mecha up on Early Supporter Offers which will last two weeks. Before that we present the Afara Strider with its back story and concept artwork too. Click through to read it and to download a full size version of this image which you can add to your Callsign Taranis pages if you wish. Designed by Sam Croes we hope you like it! Thanks. GBS