New Releases available
Quite a few new releases are now available and what a varied bunch they are!

For the British we have a new Marine figure advancing and the long awaited Marine drummer. In addition there are a couple of pioneer figures who look well up for any task.
For the French there are dismounted French Dragoons and Compagnie Franchges de la Marine. The Marines will be great additions for the Sugar Islands and for Canada ( some variants will appear later in Canadian equipment, clothing)
A French dragoon horse holder has been made but the horses are quite ready.
There's also the first of what will be a small range of Generic Officers and ADC's first up is a chap in overcoat both mounted and dismounted with his telescope. A horse for the dismounted Officer will be appearing soon.
In addition here's a brief overview of where I hope to take us by Christmas.
Richard Ansell is being very productive and is focusing on figures for the Sugar Islands and Charles Grant's forthcoming publication on small scale actions of the Seven Years War - so Maroons and more French Light troops shortly.

Andy Stadden tragically lost his wife at the end of May, but he is making a return to sculpting and I expect to see the Saxons completed before year end - Uhlans etc.

On the digital front the Prussians have been reworked and look way better - they are currently being recast and will be in the shop soon. I am also seriously looking at making these available in 40mm and possibly 18mm and 20mm on a cast to order basis. 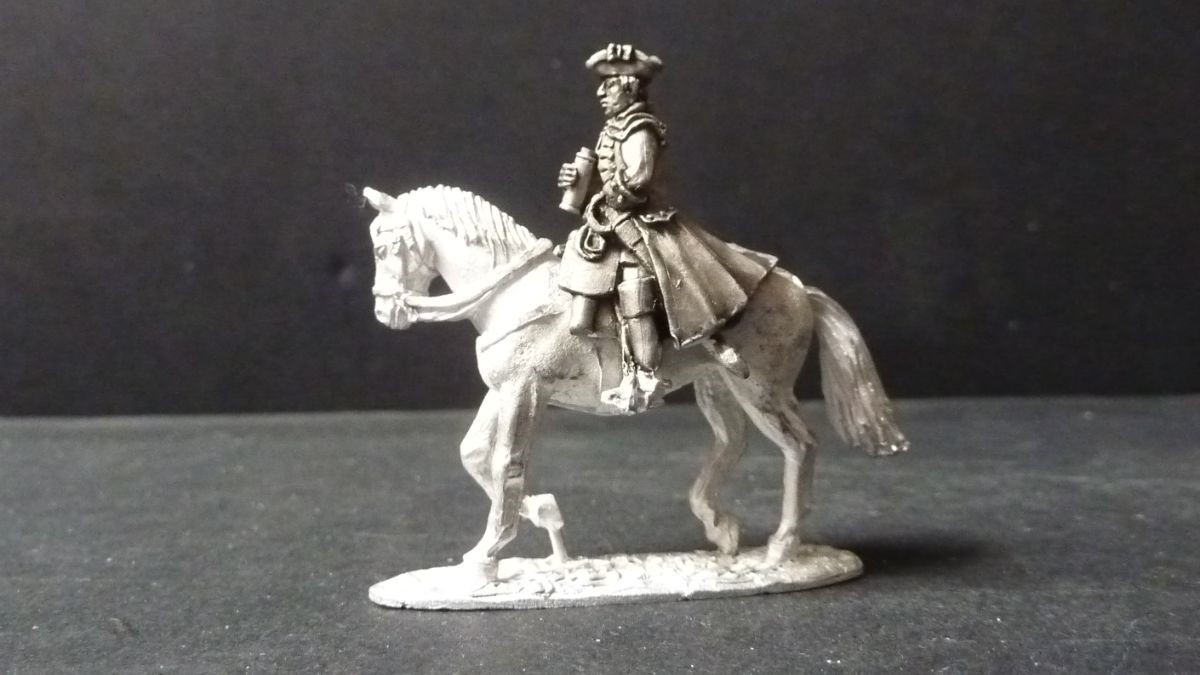 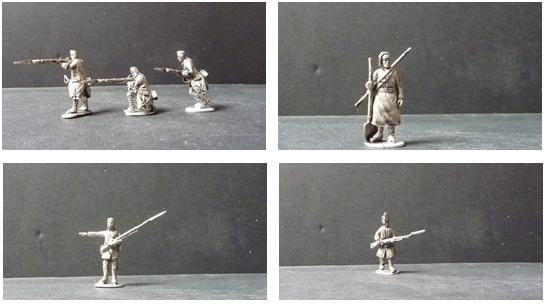 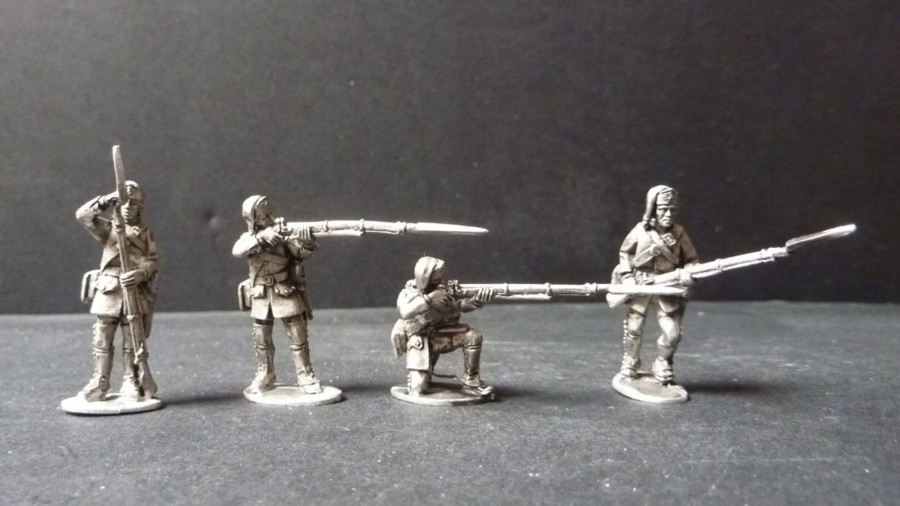 As always thank you for your support and any questions please get in touch.
More to come. 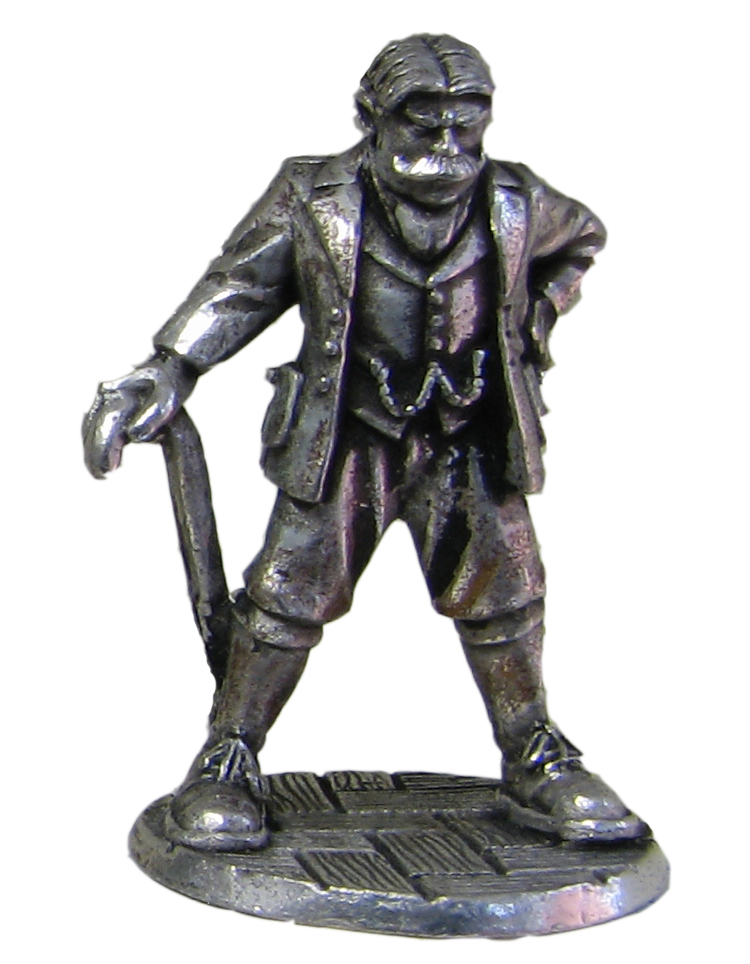 The complete "Investigators" range is now available from Moonraker Miniatures

The new Jacobite horse should be in stock in 2-3 weeks time therefore I'm offering the usual 10% discount on orders over £10.00 for the new figures placed up until the 15th August.
This offer also includes the two new French Infantry 'at ready' poses.

Simply enter Baggot's when asked for coupon. Any problems get in touch.

Don't forget that Fitjame's Horse is suitable for standard French Cavalry wearing plastron under the coat, and the Prince's Lifeguard is suitable as the French Garde Ecosse Horse. 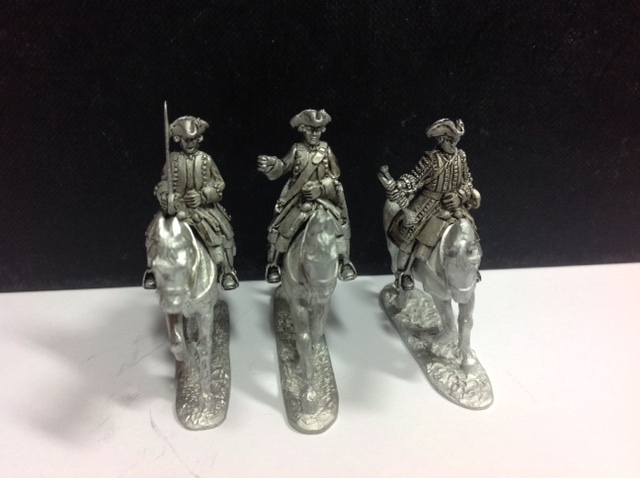 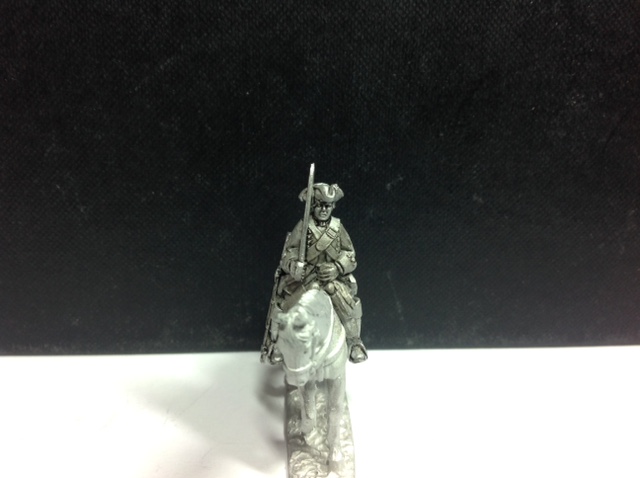 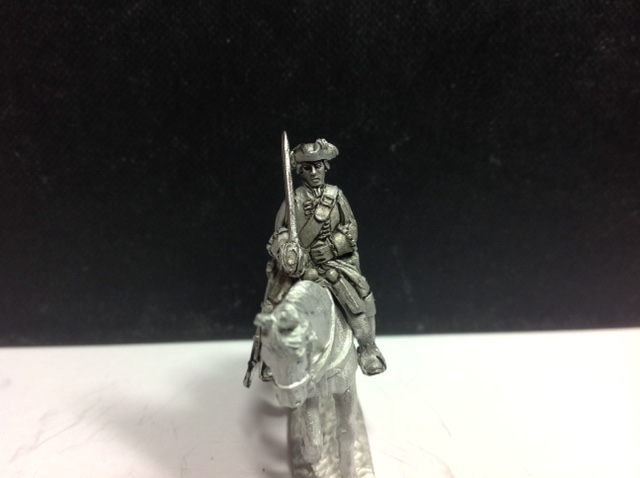 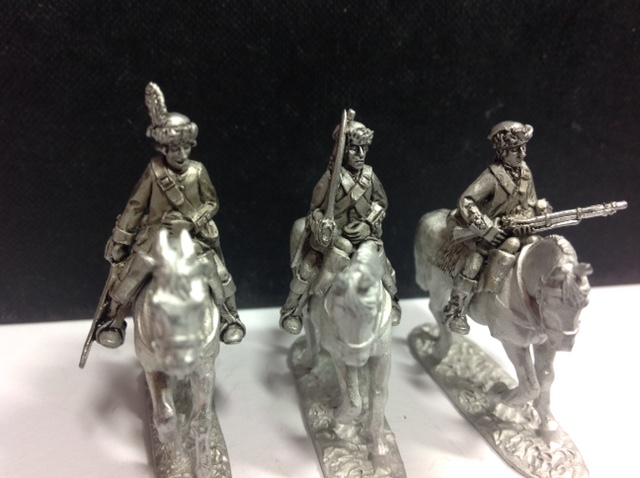 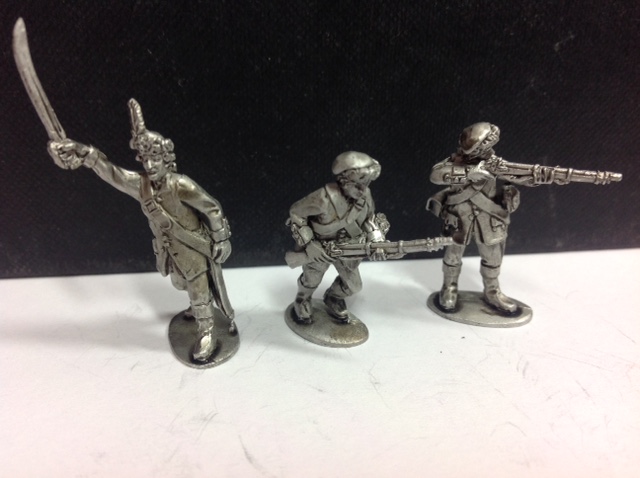 The second batch of models for the Dark City terrain range by Multiverse Gaming has been released. The new models include a new apartment building, set of detachable fire escape stairs that can be added both to the new and the older Dark City apartment buildings, and separate floors to add to the DC05, DC06 and DC07 kits.

Below you will find the list of codes along with pricing. Dave from Left Bank Workshops and Siege Works Studios have have come to an agreement regards the ex Jackdaw 30mm War of Austrian Succession range. Siege Works Studios will be taking over the day to day manufacture and sales of all Left Bank Workshops products. There are tons of French (The original owner of the Jacdaw range must have loved the French) British, Austrians, Jacobite/Royal Scots, Spanish Migueletes and tons more marshal stuff. There is also an extensive range of civilians. Although I have pics of all the civilians, although some are too indecent for this family page. In fact lets just say the Marquis de Sade, Madame de Beauvoir and Nicole Kidman and Tom Cruise from Eyes Wide Shut would be proud but an innocent protestant boy like myself just cannot be exposed to such things and so will not be able to share the pics on this site :)! Never fear though, in the next month or so, the whole range will be on the Siege Works Studios website and yes with piccies for the more adventurous!

In the meantime here are a few pics to get you all started. Its going to take a couple of weeks to sort the whole range out ready for sale. So we are offering a sale price for the next two weeks of $2.00 per figure and over $200 international postage free! Yup what a deal!

Please email us you questions HERE