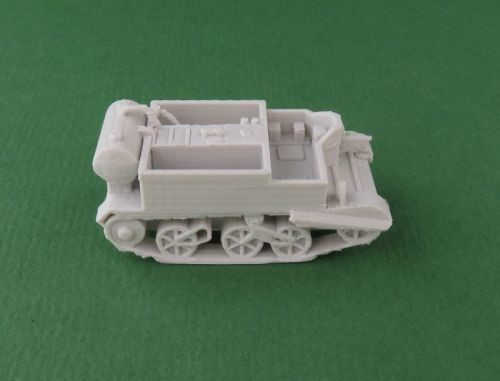 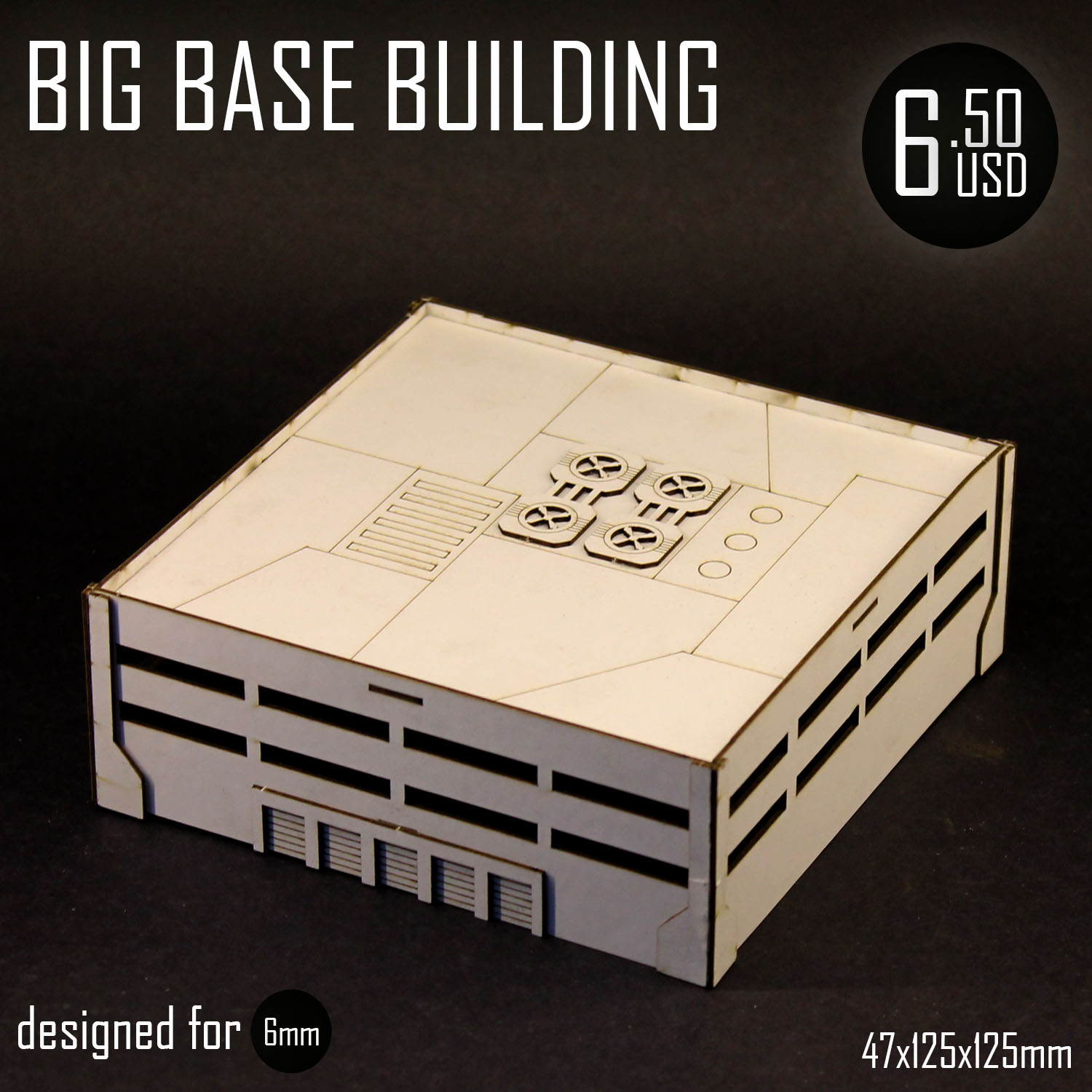 A big building to place on top most of the Iliada Game Studio 6mm buildings.

Base Building For Antennas 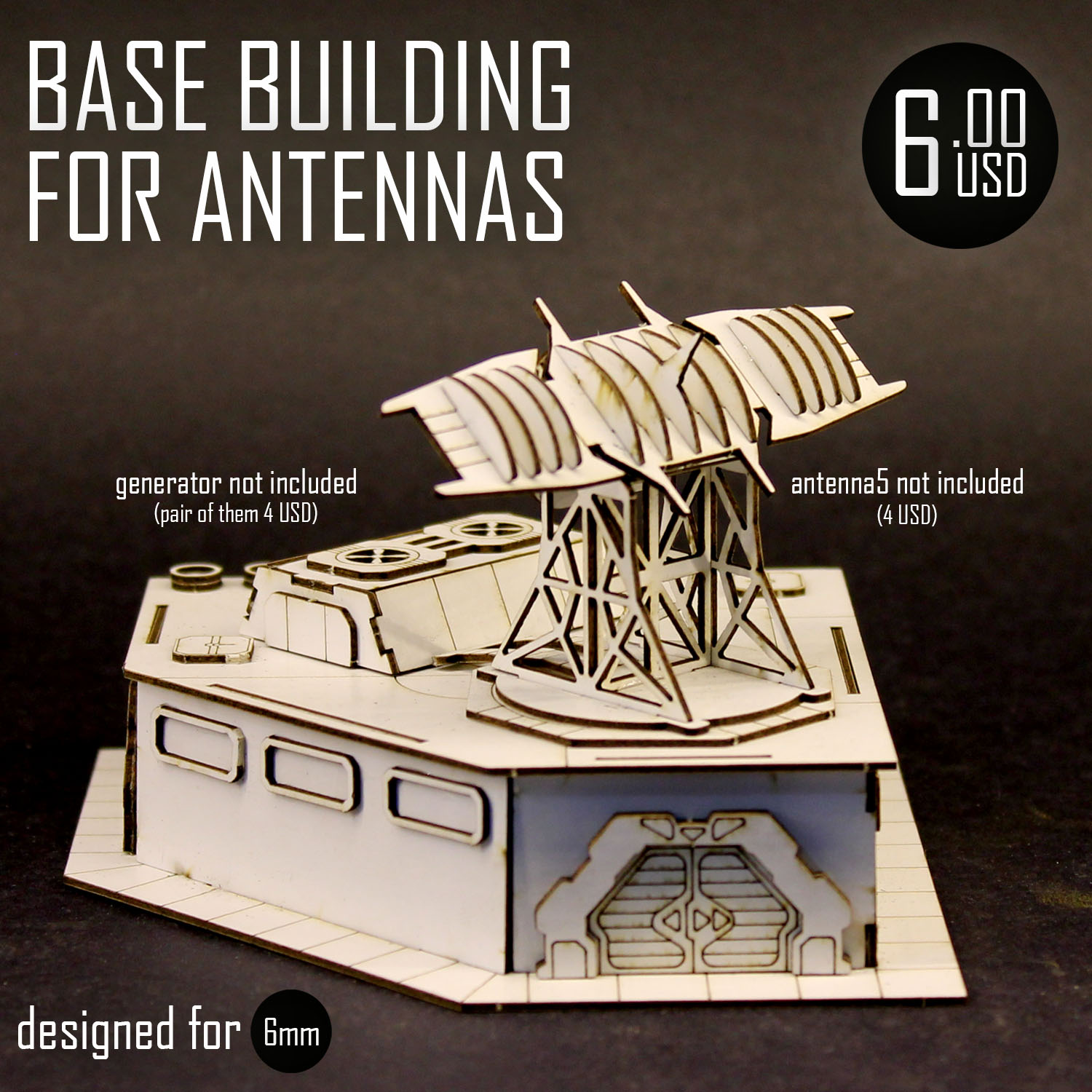 A Base building for antennas with gate,door and window pieces.
This will allow you to make your own design. 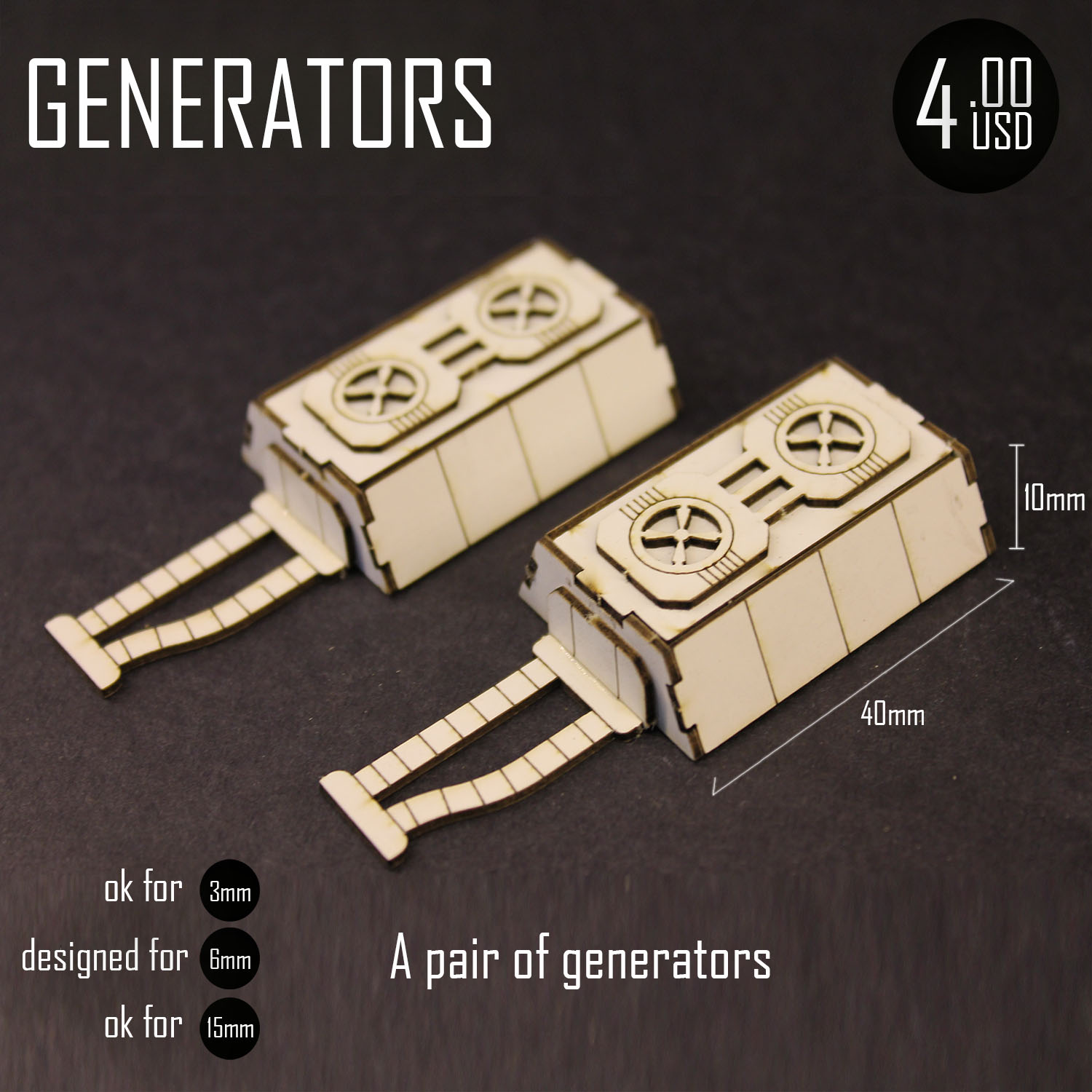 You get a pair of generators.

That nasty Covid thingybob has managed to insert its effects into every part of our lives, including, much to the horror of many, the innocent pastime of playing with toy soldiers. For the Baccus team it has had pretty dramatic consequences. Having spent a good deal of time and money last year reshaping the workshop for maximum efficiency and use of space, it is now well-nigh impossible to have it fully staffed and maintain sensible safety precautions for all concerned. As a result, where we should have three casting machines spinning merrily producing 6mm figures for the masses, we now have just one. Where we should be sending out sacks of mail every week, we are now making the trip to the post office every fortnight. Where we should have had a lot of shiny new releases, our mould maker has been sidelined and is spending a lot of time at home.

All of which is by way of introduction to an update of where we are now, and a request, but more of that below. As many of you may know, we opened our shopping cart for four days in April and we are now closed until we have managed to chew through the pile of orders that was generated. Lots of you, and I do mean, ‘Lots’, have been in touch ever since asking for updates, news of when we are reopening, and even pleading to let them sneak a special order through the lockdown. We completely understand anyone doing this and have tried to reply promptly to each and every query. The problem is that the number of emailed queries is escalating to the point that I am having to take anywhere between one and two hours a day responding to them. Given that I am also trying to cast these orders this is now having a really serious effect on how much time I get to actually do productive work.

Which finally brings me to the point of this ramble. I am going to list the FAQs around our current situation with regards to orders, alongside the best information that I can provide in terms of an answer. I hope that this will satisfy a large percentage of queries before they need to be made.

When will my order be cast and on its way?
This is not always as easy for us to predict as you might think. Let’s give you a method of how you can do a rough assessment this for yourself. Very broadly, for each day that we had to cart open, we received enough orders to keep us working for at least two weeks. At the time of writing (26th May) we have just cast the last of the orders received on day two (24th April). Therefore orders placed in 25th April will start shipping later this week, with the bulk being sent out in two weeks’ time. A bit of maths and a handy calendar should give you a rough idea of when the order that you have placed can be expected to be cast.

I will try and refine this a little; we started casting order #14200 this morning. Any order numbers prior to this will definitely be on their way later this week and we should be able to get up to around 14240 or so, but please don’t hold me to this. I will post a weekly update on this status.

Will I be notified when my order is sent?
You will receive an automated email when your order has been processed and ready to send out.

My order was sent two/three/four weeks ago, and it hasn’t arrived yet. Is this normal?
No, this sort of delay is not at all normal, but we aren’t living in normal times. Postal services around the globe have been badly affected by Covid19, facing the double pressures of staff absences and massive unseasonal demand on their services. A lot of packages are actually getting through in a reasonable time, but some are badly delayed. It really is a matter of being patient. In the past week, I have cast up two replacement orders at the insistence of customers, only to be told in both cases that the original had turned up in the meantime. Luckily this was before the packages were sent out. However the time taken to cast these replacements pushed all the waiting orders back.

Should any order really be lost in the transit process it will be replaced. That is what we do. It is just that we need to rethink what the time threshold for ‘lost’ is nowadays.

I have an order waiting to be cast. Can I add to it?
This is happening a lot at the moment. As ever, perfectly understandable, and for the most part it is for finishing touches, such as flags, bases etc. If we don’t have to cast it, then this really isn’t an issue. However, some customers have asked to effectively double or treble their existing order. The problem is that by doing so, you are effectively ‘pushing in’ the queue and stepping all the orders behind you further back. Up until now we’ve been allowing it for the odd pack or two, but from now on in, sorry but we really can’t continue do this.

Can I place an order for things that don’t have to be cast?
Yes you can. Rules, flags, basics, basing materials, scenic etc. can be ordered by email. Please get in touch if that is all you require.

When can I place an order again?
The BIG question…My best guess would be that we’ll need another three weeks or so to clear things down to a point that is comfortable. I will post on the Baccus News page, and on Facebook and Twitter a couple of days in advance so as to let as many know that day in advance.

Please don’t get the impression that we don’t like talking to or hearing from customers. To be honest that is one of the delights of this business. It’s just that at a period when we are facing massive pressures on time and resources it just makes sense to broadcast some basic information rather than provide multiple personal responses.