While I am still sorting bits out for release, I have decided to add a few of the easy to produce 6mm sci-fi products to the site.

These RDF Pathfinder / Pathmaster armoured vehicles and some alien critters are now available. 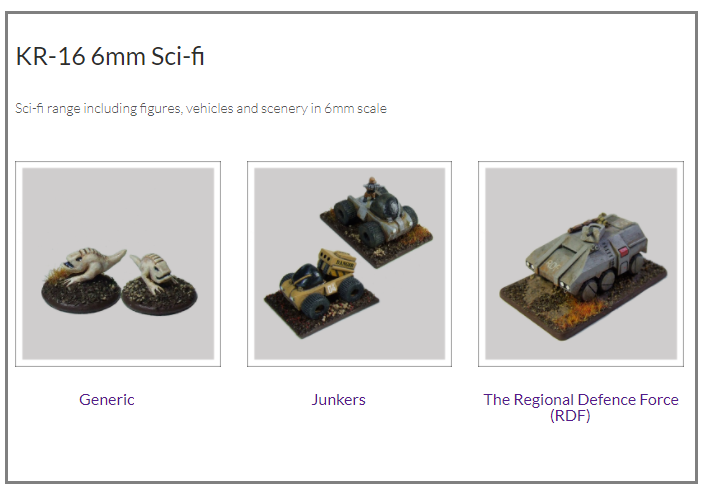 The weather is still pretty grim here – we’ve had more snow with another bout forecast for this afternoon. I haven’t ventured to the workshop at all since Monday, although main roads are clear the back routes are still tricky to negotiate. So, if you have an outstanding order with us (anything placed since last Sunday) then there will be a bit of a delay. The forecast is for a bit of a thaw from Sunday – the temperatures should at least climb above freezing – so I’ll get back to the workshop on Monday and should have the backlog cleared in a couple of days.

As I mentioned in my last post, I’m going to postpone this week’s new release until I’ve cleared the order queue. Phil has also been off work for part of this week as his office was closed, so he’s taken the chance to get ahead with mould production so we have more new stuff ready to release.

I haven’t been idle – apart from walking the dog in the snow (which she loved, as you can see) I’ve been painting some new bits – I’ve now finished all of our new releases for the next four weeks. And looking further ahead, Salute is now just six weeks away. As regular readers of our blog will know, we like to have lots of shiny new releases to tempt you with at the show (and to make our overseas customers envious). This year’s focus is firmly on 15mm Sci-Fi and in particular Hammer’s Slammers – if all goes well we could have as many as a dozen new vehicles in lots of variants. We’re working on some important vehicle types that feature in a number of the detachment lists with the aim of making it possible to create those detachments again. The design work for these is mostly done, and we already have the masters for many of them cleaned up and prepped for moulding (a couple have already been moulded in fact). And the hope is that we’ll get as many of these vehicles as possible available in 6mm as well.

It won’t be all Slammers though – there are half-a-dozen spaceship masters on my workbench, some Aeronef in the works and today I’m working on new 2mm scale buildings. Oh, and we’ve commissioned some new (and unusual) 28mm Great War figures – Dib Dib Dib!

Having waffled on about all the new stuff, it wouldn’t be fair to leave you without at least one or two pictures – so here we are… 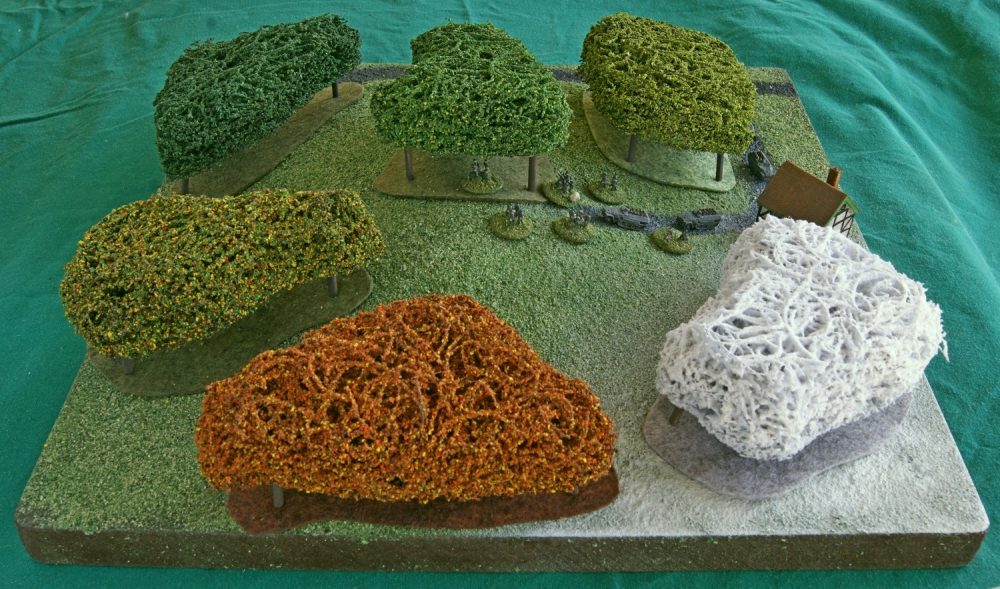 Leven Miniatures will be carrying a small stock of the range on their stand in the Gamer's Lounge (you go past it on the way to the Main Hall, so may as well go there first!).

Samples of single trees for future release will also be on display and don't forget to buy some buildings off Mick!

Our latest 6mm range is now up and available, Mongol troops to sweep the world before you! 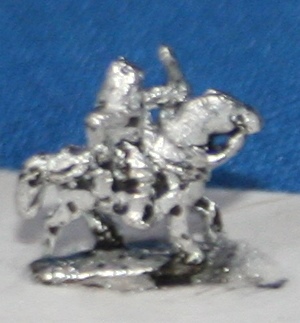 Also an update of our show listing and an apology for tardiness. 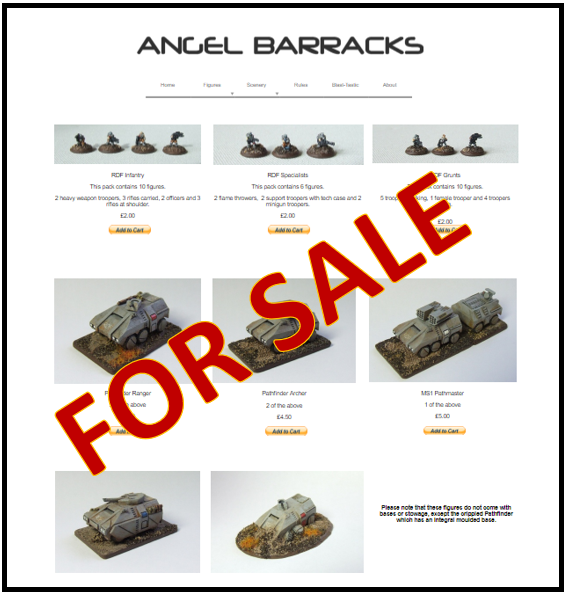 Note... Angel Barracks itself is not for sale, just the products and all the associated IP that goes with it.

Why?
As some of you may know, in January of 2017 I launched Crom's Anvil and the plan was to make the AB 6mm sci-fi along side the CA 15mm fantasy.
However here we are 13 months later and not a single new 6mm sci-fi product.
I have taken an honest look at myself and concluded I would not be likely to make any more 6mm sci-fi in the next 13 months either.
So rather than just let AB coast along as it is rather than grow, I have decided to let someone else pick up the torch and run with it.

(Plus the cash would be very very useful for the deposit we have been trying to get together for a house so we can get out of our current rented accommodation.)

So there you go, if you are interested and have a few grand to invest by buying the worlds best* 6mm sci-fi product range,
drop me an e-mail