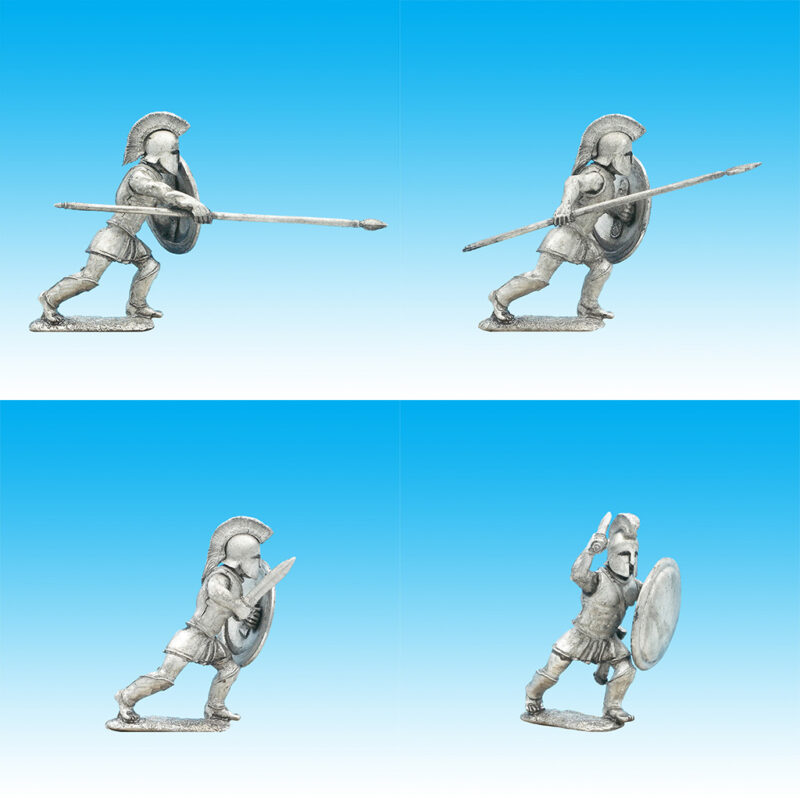 Hell is other people’s moulds. It seems unbelievable that Fighting 15s has limped along with some of the moulds it acquired from Flashing Blade in 2012 for so long, but now we’re setting our own pace we’ve found time to rework some of the more troublesome ones.

First up is GRK007 Greek Hoplite attacking. A curious design decision on the ball-and-socket joints for the arms means that this code has never fitted together well, and the mould design has meant all the neck cavities have filled in: we’ve been quietly drilling them out for years and mentally noting that the mould is first up against the wall when the revolution comes. Well, the old one was given a last cigarette a few days ago and replaced with two new moulds to provide maximum variety.

Fighting 15s is now able to provide four variants for this code, as follows:

Figures are £3.50 each including VAT. All are multi-part white metal kits that require assembly.

Also updated are pictures for the variants for GRK005 Greek hoplite leaning on back leg, and GRK006 Greek hoplite lungeing, both of which are also produced from moulds made by Fighting 15s. It’s clear that from the parts available there are more possible variations than currently available, and as we produce new moulds for the range we will be expanding the options where possible and updating the pictures.

Coming soon to our website are some rather nice adobe accessories from Fogou Models, cast in resin they are great for adding character to your battle field. 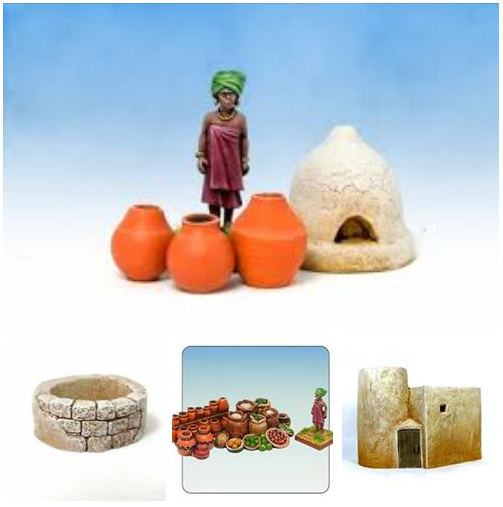 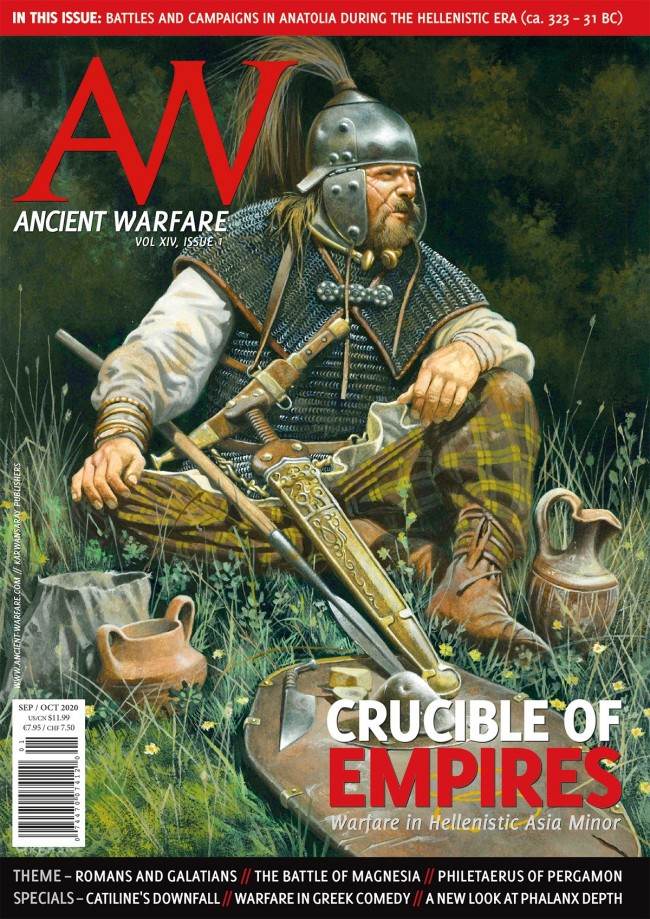 In the latest Ancient Warfare magazine (issue XIV-1), which has just returned from the printers, we're taking a look at warfare during the Hellenistic era in Asia Minor - basically from the time of Alexander the Great's conquest until Rome's annexation of the region. Articles cover the Battle of Magnesia, Pergamene power politics, Galatian mercenaries, and much more.
Order your copy now, or subscribe to Ancient Warfare and never miss another issue.

Three Elephants return re-mastered to our 15mm Dark Age and Ancients range. Classic Tabletop Miniatures for the Blemye, the Sassanid Persians and Selucid Successors. Great for any game system there are fourteen different historical armies in the range.
Click through for details. 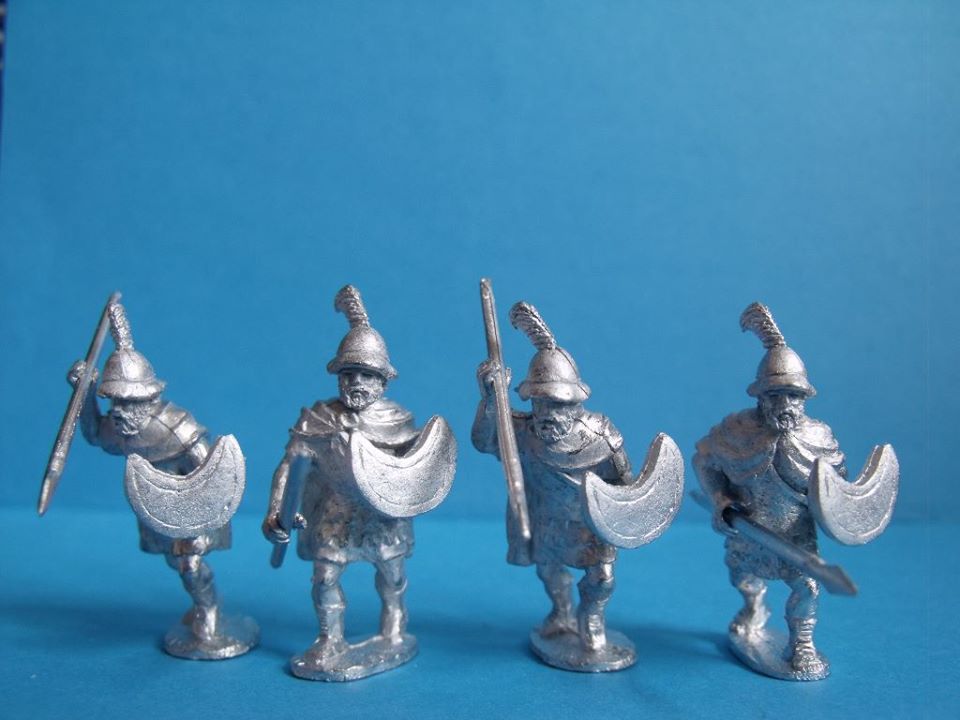 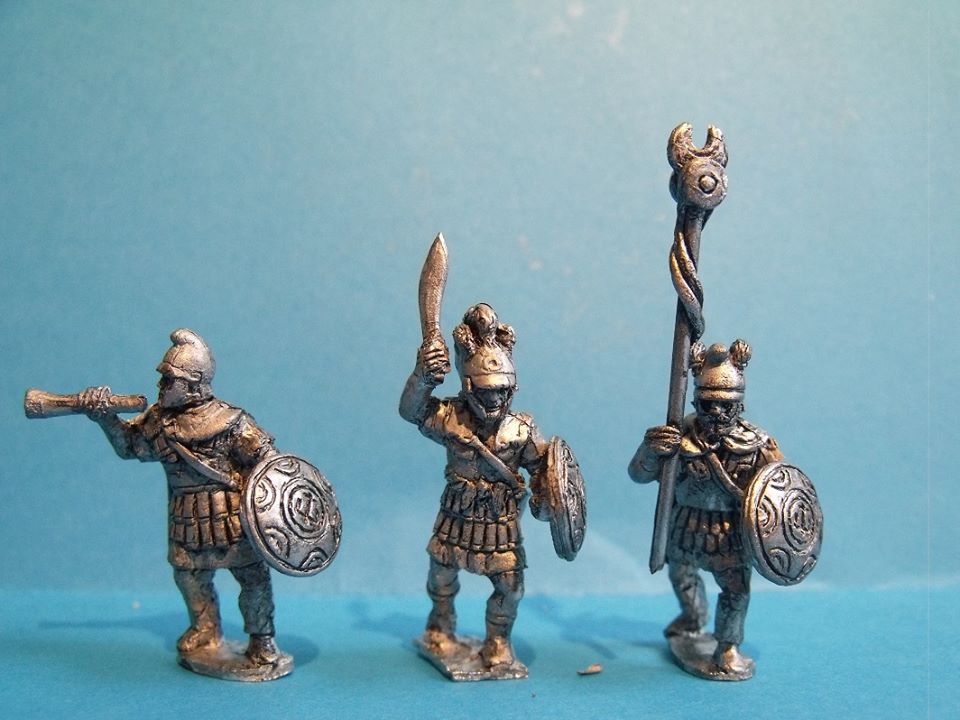