The Slammers originated as the ‘Auxiliary Regiment’, part of the Friesland regular forces; however, around 317TW Colonel Hammer forcibly went rogue and broke away to make his unit into an independent mercenary regiment. You can read more about the early days of the regiment on the Crucible website where you’ll also find a playsheet. It’s also the subject of the story But Loyal to His Own in volume one of The Complete Hammer’s Slammers.

They took with them their equipment, which was similar to that used by the Friesland Regulars at the time. The Icarus M2 Blower tank was already being introduced, although initially it was in the form of the M2, with a 15cm gun and a smaller turret than later versions. The M2A1, with the same turret but a 20cm gun (and somewhat cramped by the addition of the larger weapon) was just coming into production at the time of the breakaway. The early M2 also had a 1cm pintel weapon rather than the ubiquitous 2cm tribarrels which came in with the M2A1. A laser-armed tank, the M2A3, was evaluated but rejected by the Slammers, although it did find its way into service with other mercenary outfits.

Interestingly, the M2A1 wasn’t part of the initial equipment trials, as Icarus had not officially confirmed its existence at that time. They only announced that they were working on the upgunned tank after the Friesland government had signed a contract for a large order for several hundred 15cm M2s along with an even larger number of M6 Combat Cars, both for the Auxiliary Regiment and the Friesland regular forces, including the Iron Guards regiment. Secretary Tromp was reportedly furious and accused Icarus of trying to unload their older model vehicles on him; Friesland lawyers tried their best to get out of the deal, but the contract was deemed watertight by the Bonding Authority and shipments from Earth started almost immediately. Had he lived long enough to find out the truth, Tromp would have been even more incandescent…

In fact, Hammer had agreed with Icarus to initially supply the Frieslanders with 15cm tanks, knowing that Icarus would be able to fulfil the order almost straightaway from existing stocks. This got his new Auxiliaries up to strength and into action immediately, before any of the waverers in Tromp’s government got cold feet about the idea of mercenaries serving under Friesland colours and pulled the whole project. But Hammer had also secretly negotiated with the Icarus CEO to supply his unit with small numbers of M2A1s to replace early combat losses, and the Auxiliaries would help with field evaluation of the new model.

There was a prototype M2A1 at Camp Loopvlak, the desert facility where the equipment was under test; but it was missing from the inventory submitted to the Friesland quartermaster corps by Icarus. It was kept hidden in a hangar when Tromp and the FDF top brass came to inspect their new vehicles, and was even given the same serial number (H50) as one of the other M2s in case it was inadvertently spotted.

When the time came for Hammer to break away from Friesland, this small number of heavier tanks gave his unit a qualitative edge over the Iron Guards which is one of the reasons why they were able to overwhelm them so quickly on the Southport starport apron on Melpomene.

The Regiment also had lighter vehicles, in the form of the Icarus M6 in a number of variants. The basic combat car was armed with two 1cm powerguns in an open backed hull (the fighting compartment could be covered by removable armoured shutters). Mortar and missile versions existed, plus a rather odd configuration with twin buzzbomb launchers in a retractable mount. Finally, a model with a twin 3cm-powergun turret provided heavy support.

The photos here were taken at the Regiment’s secret test facility, Camp Loopvlak, during initial evaluations (hence the rare sight of a laser armed M2A3 in Slammers’ markings).

Before we get on to release news, a quick update on orders as I prepare to leave for Crisis; I’ve caught up on all outstanding ones now, but because I’m off to Belgium shortly I won’t be able to send anything this weekend. So if you have an order with us, it’s sitting in the post bag at the workshop and will ship early next week.

Before I leave for the channel tunnel, I’ve had time to press the GO button on the new spaceships of the Chinese Democratic Socialist Union now we can cast the resin dreadnought hulls again. There are twelve new models, ranging from massive dreadnoughts down to tiny fighter craft – and I will have stocks of these at Crisis tomorrow.

At the top end of the scale is the Longzi dreadnought, a huge four-engined behemoth over 100mm long. The resin hull has two twin forward firing railguns and four twin gun turrets in metal, plus a number of other separate parts. The slightly smaller Jiangxi dreadnought has the same railgun mounts with a single turret and two metal engines.

There are three cruiser classes, in decreasing order of size these are the Guangdong, Wuxi and Haitun. All three are single piece metal models.

Supporting the larger vessels are four types of escort – the workhorses are the Xingzi destroyer and Shenyang frigate. These are supported by the larger Shaoxing and Kaifeng destroyers.

We’ve rejigged the contents of the CDSU fleet packs to accommodate the new vessels; the patrol fleet has briefly been retired since it contains models that we haven’t yet replaced, but there is also a new second fleet pack.

These new designs replace all of the existing CDSU range with the exception of the already updated Shanzi carrier. Seasoned Chinese Grand Admirals will have spotted that not all of the older designs have replacements, there are still a few gaps, so expect further CDSU reinforcements in the coming months. 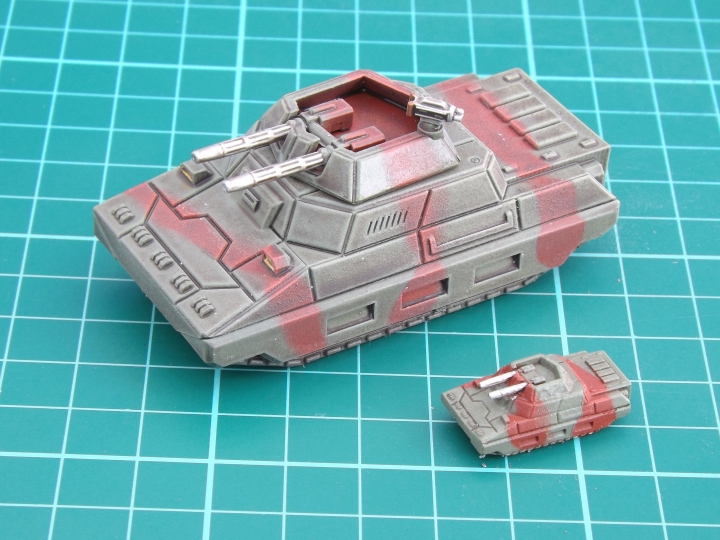 Crisis is the annual wargames show of the Tin Soldiers of Antwerp, held on the banks of the Scheldt in an old warehouse, Hangar Waagnatie (now part of our Small Scale Scenery range). 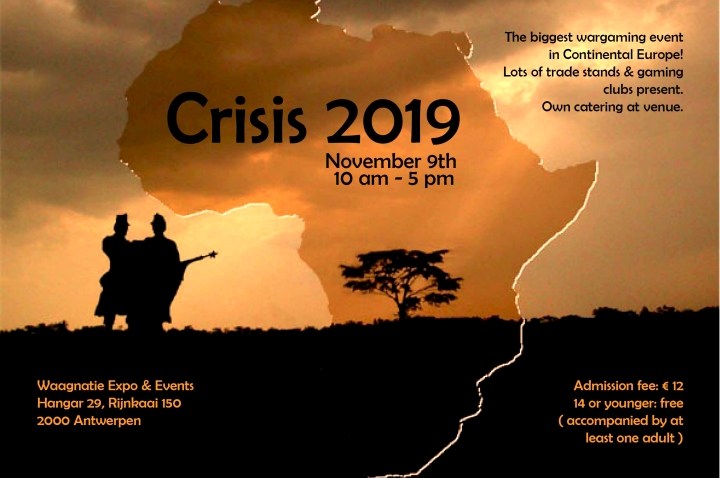 We’d been a little unsure about our attendance because of the uncertainties around Brexit, but it now looks like everything should be OK over the weekend of the show. So we’ve made all our travel and accommodation plans and, barring any unforeseen last-minute political shenanigans, we will be there.

We are happy as always to take advance orders, either pre-paid via the website using the ‘Collect in Person’ shipping option, or you can just email us a list and pay on the day (please note that we are unable to take credit cards at Crisis as our card machine only works in the UK). 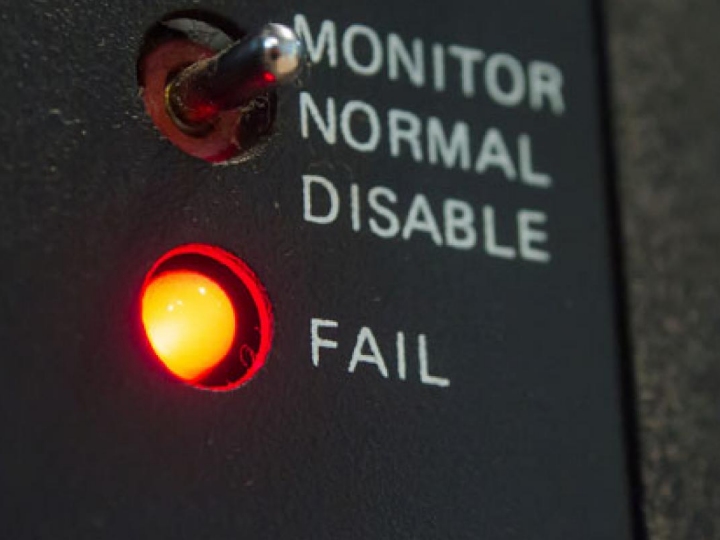 I’ve finally got the order queue is now down to manageable proportions, and I should clear pretty much all of it today, with a couple of exceptions – read on...

Unfortunately, we’ve had a minor hiccup with one of our bits of equipment. The pressure pot, in which we cast the complicated and fiddly resin models, stripped a thread on one of the bolts that locks it shut, putting it out of action. Fortunately, we have a friendly blacksmith just along from us in the farmyard, and he reckons he can make a new set of bolts for it. This will take a week or so, which means the pot will be out of commission until then. I had finished most of the resin casting before the bolt failed, so there are only a couple of orders that will have to be delayed, and by a stroke of luck the last half-a-dozen orders to arrive had no resin items in them at all, and they will all be cleared today.

But this does mean that the release of the CDSU spaceships will be further delayed – there’s no point releasing them if I can’t cast the dreadnought hulls. Stay tuned for further updates…