The Waldheim Dragoons is a mercenary outfit with Germanic origins, tracing its roots back to Saxony on Old Earth. They are a heavy armoured unit equipped mainly with blower vehicles, including the earlier A2 and A5 versions of the same M2 tank used by Hammer’s Slammers. They also use lighter Daedalus medium tanks and the GD-900 hover APC, which are the subject of today’s new releases.

The Daedalus has a domed turret equipped with a 10cm powergun and 2cm tribarrel. Although ostensibly a larger weapon, it doesn’t quite match the hitting power of the High Intensity version fitted to the Waldheim’s M2A2 tanks. Defensively the tanks are fitted with the Drozd active defense system to ward off missiles.

There is also an air-defence version which has its turret replaced by one fitted with three long-barrelled 2cm tri=barrel powerguns capable of knocking down incoming artillery shells and missiles.

The GD-900 is a simple ‘battle-taxi’ APC which can carry up to eight infantry and has an AI-controlled 2cm tri-barrel for self-defence on the commander’s hatch. They can also tow the 5cm HI Powerguns used by the Waldheim’s infantry. 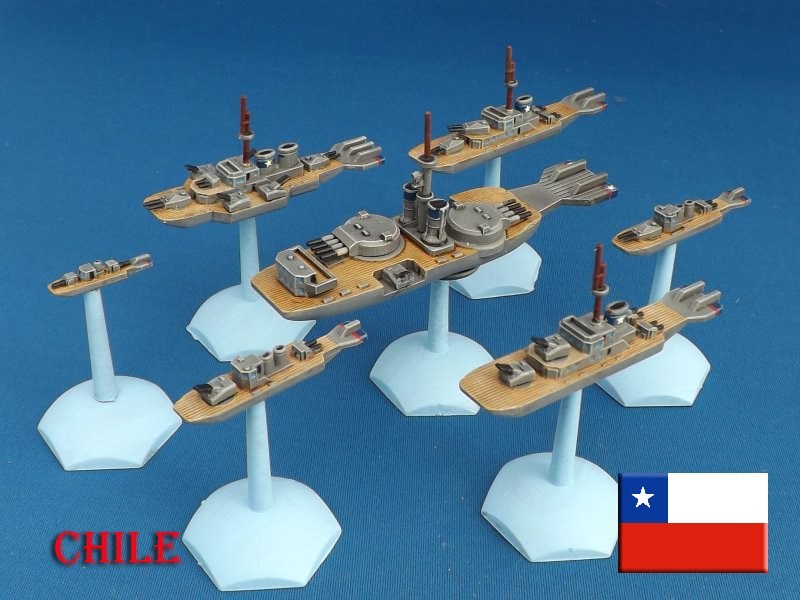 We’ll Be Right Back……

I’m off for a few days (the rest of this week, to be exact) for a short break to congratulate/commiserate with the Brigadieress for putting up with me for another year. All orders up until the end of yesterday (Monday) have been completed, but there will be a hiatus until I return to the workshop at the start of next week. The website of course remains open so you can still place orders, I just won’t get to them immediately.

In the meantime, I’ll leave you with some upcoming new models – these are German spaceships, replacements for the older Osnabruck and Wuppertal models that are in need of a new production mould so we’re taking the opportunity to update them to new digitally sculpted designs. With a bit of luck they’ll form part of our Salute portfolio this year (which is already frighteningly close, just five weeks away).

Our British spaceship fleet gets three new reinforcements this week. The largest of the three is is Medway class Patrol Ship – this is a deep space patrol vessel tasked with keeping watch over distant colonies, showing the flag and generally showing up wherever it can be useful. It has a railgun battery as main armament, and also room for a marine squad and a fighter bay which can be useful for either interceptors or shuttle craft. They can just as often be found running rescue or humanitarian missions as military ones.

Joining the main fleet are the new Triumph class heavy destroyers. Slower than most fleet escorts, they have a battery of Stardart missiles and additional armour to help them stand in the line of battle.

The Shark class Stealth Destroyers are part of the fleet’s Deep Strike arm, joining the larger Swiftsure cruisers as part of a task force that specialises in fast interdiction missions on enemy installations. They’re equipped wwith heavy forward firing railguns for hitting power and a stealth generator to keep them hidden.

Starmada-X stats can be found for these three new ships on our website.

We’ll be rejigging the contents of our British fleet packs to accommodate these new ships, although that hasn’t quite happened yet.

Alas, due to the slightly late arrival of the production mould I won’t have any of these at Cavalier on Sunday

The question most often asked when we release a new 15mm model is will you be releasing this in 6mm? This answer to that question is (almost) always yes, but some take a little longer than others.

This week’s new release is one of the shorter time frames we’ve managed – following on from the release of the 15mm Silverback Tank Destroyer at the end of January, the 6mm version has appeared just three weeks later. Even at the smaller scale it’s an impressive beast, coming in at 35mm long and 22mm wide. 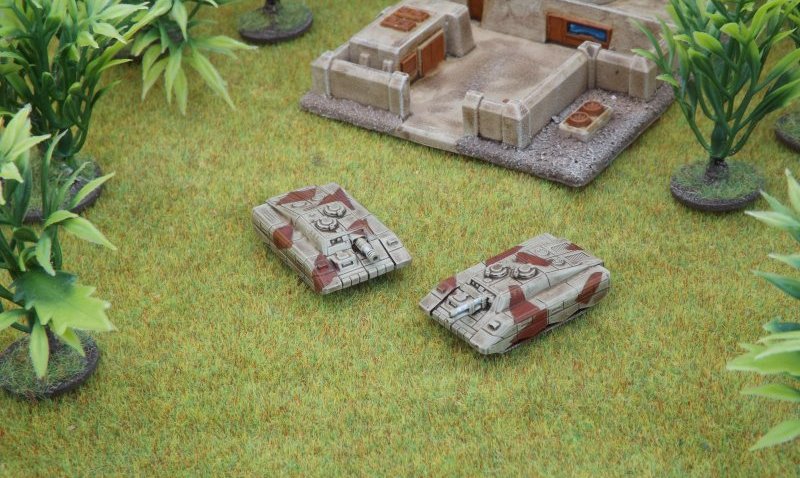 The model comes with a sprue of different two gun options, a 25cm powergun and over/under twin barrel weapon. We’ve also released two 6mm detachment packs for the Nonesuch National Guard, primary users of the Silverback. We’ll have stocks of all of these at ROBIN on Sunday.