CRANN TARA MINIATURES is now part of Caliver Books/Partizan Press/ Matchlock Miniatures & Minifigs.
Graham has done a cracking job in developing a successful range... in fact too successful as it had grown busier than he wanted in his retirement. The moulds will soon be in the hands of some of the most experienced casters in the hobby and will be now be made in house to ensure a continual supply.

The figures on this site will also be listed on miniaturefigurines.co.uk to allow for combinations of orders across the many ranges we produce
The main focus is the mid-1740’s. The armies Britain and Continental Europe will continue to expand, as will figures for the War in Canada and the Caribbean. There are some surprises planned over the next 12 months.

This is a range of 1/56th (28mm) scale figures. The majority were sculpted by Richard Ansell, with Andy Stadden creating the Saxons and pieces across the other ranges, and John Dougan adding his talents as well. These figures are some of the finest sculpted and cast.
They are fully compatible with Fife and Drum miniatures and Minden Miniatures, both of which are available from Jim Purkey in America, and feature extensively in the REIGHTING HISTORY series of books by Charles S Grant.

Here are some photos from the books. 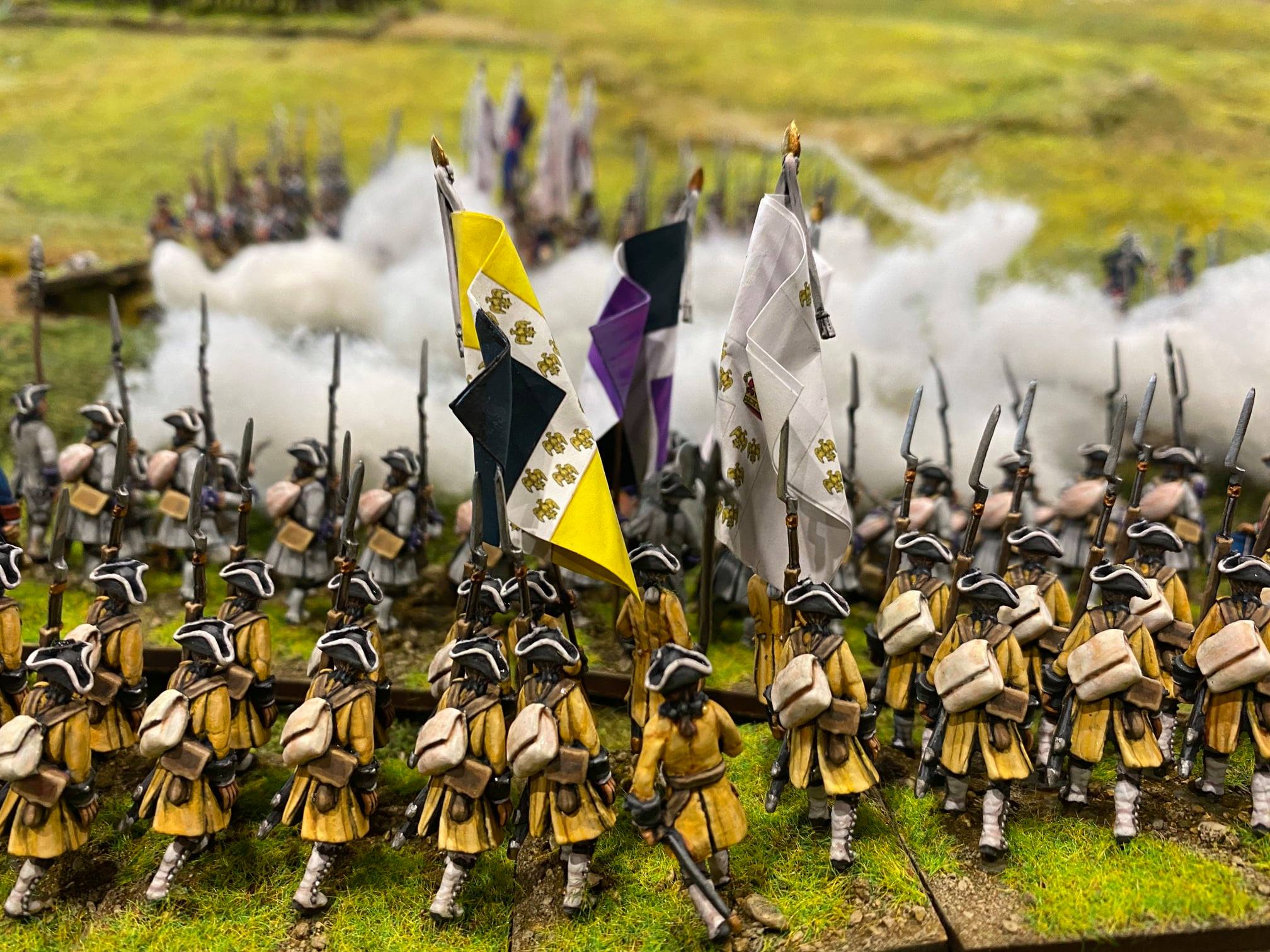 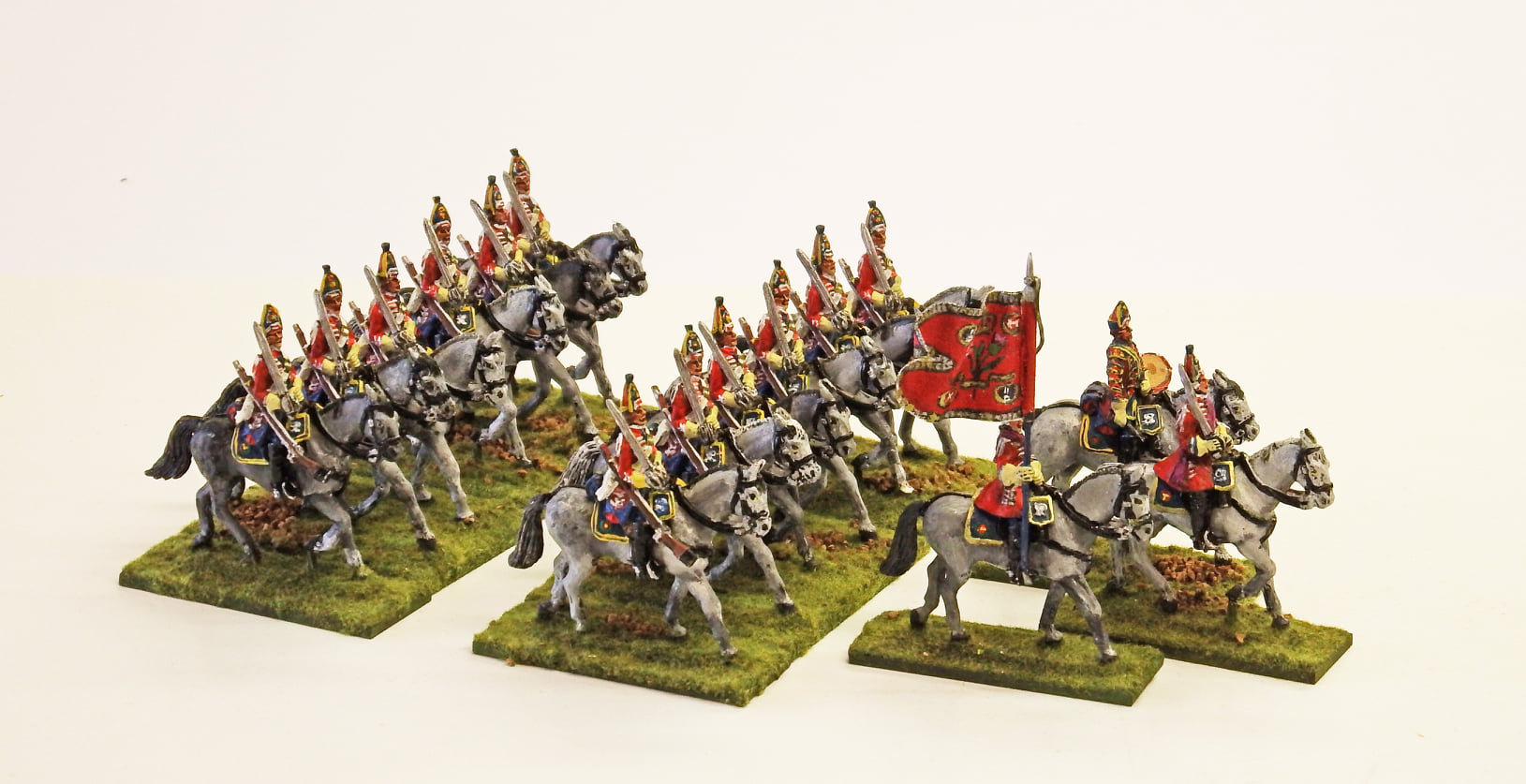 You may be aware from previous newsletters that the success of Crann Tara has brought with it it's own problems for me, mainly the increasing demands on my time and also the ability to keep creating new product.

Dave Ryan the owner of Caliver Books came to the rescue with an offer to buy the business and continue to take it forward, so as from the 1st July Dave/Caliver will take over the running of Crann Tara.

All orders up to the 30th will be processed by me and I ask (if you can) that you don't place any orders today (30th June) as a lot of work has to take place to prepare for the transition.

Arrangements are in place to deliver all my stock and moulds to Caliver so as from the 1st July continue to place orders as normal and keep your eyes open as I know there are a lot of new releases coming very soon.

It has been 9 years since Crann Tara was created and it feels a bit like your child leaving home and the journey with many of you has been a good one. Thank you for all your support and helping me develop this dream.

If you have any questions don't hesitate to get in touch.

Summer Sale
I'm afraid it's looking more than likely that due to the ever increasing price of metal I may have to increase my prices slightly in July.
To offset that starting from today until midnight 30th June I am offering 20% discount on all orders over £45

The sale doesn't include unit deals, Hessians or the Fife and Drum AWI range which are already discounted and it will be restricted to stock items only - no back orders.

Just enter the coupon code Summersale21 at checkout. Any problems get in touch.
Keep safe everyone and Summer Newsletter due 1st July.

I have taken the decision to stop stocking the above range. I have quite a bit of stock that has been sitting for a while and sales do not justify me continuing to stock the range.
All stock levels have been brought up to date on the web shop and sales prices updated. When these are gone then I will not be reordering unless there's a specific customer request for a significant order.
It's a pity as the figures are great but competition for this period is stiff and the money raised can be put to more productive use.

A lot has happened since the last update, so bear with me whilst I cover what's happened and plans for moving forward
First I hope this finds you all well and coping through what has been a difficult 15 months lets hope change is coming.

I'm sure you will have all picked up on the sudden and tragic death of Richard Ansell the primary sculptor for Crann Tara - his last character he sculpted for me was General Montcalm and I sold the first two production casts to raise funds for his widow and thanks to your support raised over £400.

I have been asked what's happening to the range now, well first Bob at Ebob miniatures has done a test sculpt for me using a Richard dollie and it fits into the range fine so I have sent him the fist set of pieces to be done, obviously finding time in a sculptors already busy schedule may mean it will be awhile until new pieces from him appear but as time goes by I'm sure we will have a better schedule.

Andy Stadden has completed the sets of figures to accompany Stuart Inch's next publication on Havana the figures have gone to Griffin for casting and should be available in around a month.

Dan from digital sculpts has also been exceedingly busy but has now almost finished the Prussian Artillery set. The Prussians and Austrians will appear under a new banner linked to Crann Tara and more of that next update.

Crann Tara has continued to see sales grow particularly from America and whilst Brexit has had an impact on European sales I am seeing a gradual return of sales to Europe.

I have taken the decision to cease stocking the Fife and Drum AWI range and Hessians, the Hessians are already on sale and the AWI will follow shortly, sales of these ranges are slow and there is a lot of dead stock. I will however let people order the figure to order provided they meet a minimum figure number for Griffin to cast. details will be published.

I had seriously considered selling Crann Tara as what started as a hobby is gradually taking more and more of my time. I have put that on hold for the moment unless someone comes along with an offer I can't refuse 🙂 but on a serious note I am open to suggestions re partnerships etc.

In terms of figure releases there is more French Indian War to come, a few more Saxons. More Officers, ADC's etc and the rest of the 'casual marching French' I am also looking at releasing charging cavalry for the French and British.

Sorry its been a bit of a ramble but there has been a lot of ground to cover.

Don't hesitate to get in touch with questions, suggestions etc and keep safe.