Pirates Of The Dread Sea

Previously available as traditional white metal miniatures and a hardback rulebook, you will shortly be able to download the entire range of Pirates of the Dread Sea miniatures and a PDF rulebook
Back the Kickstarter project. Launching tonight May 4th at 8:30pm, to receive 45+ miniatures as ready-supported STL’s and the rules – everything you need to play dozens of games, even including counters! 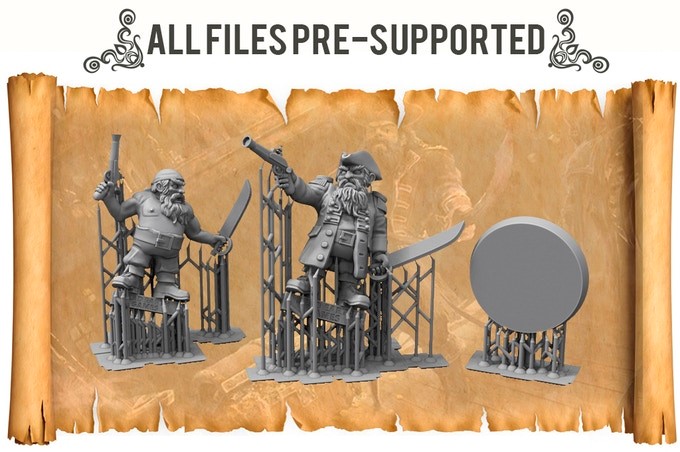 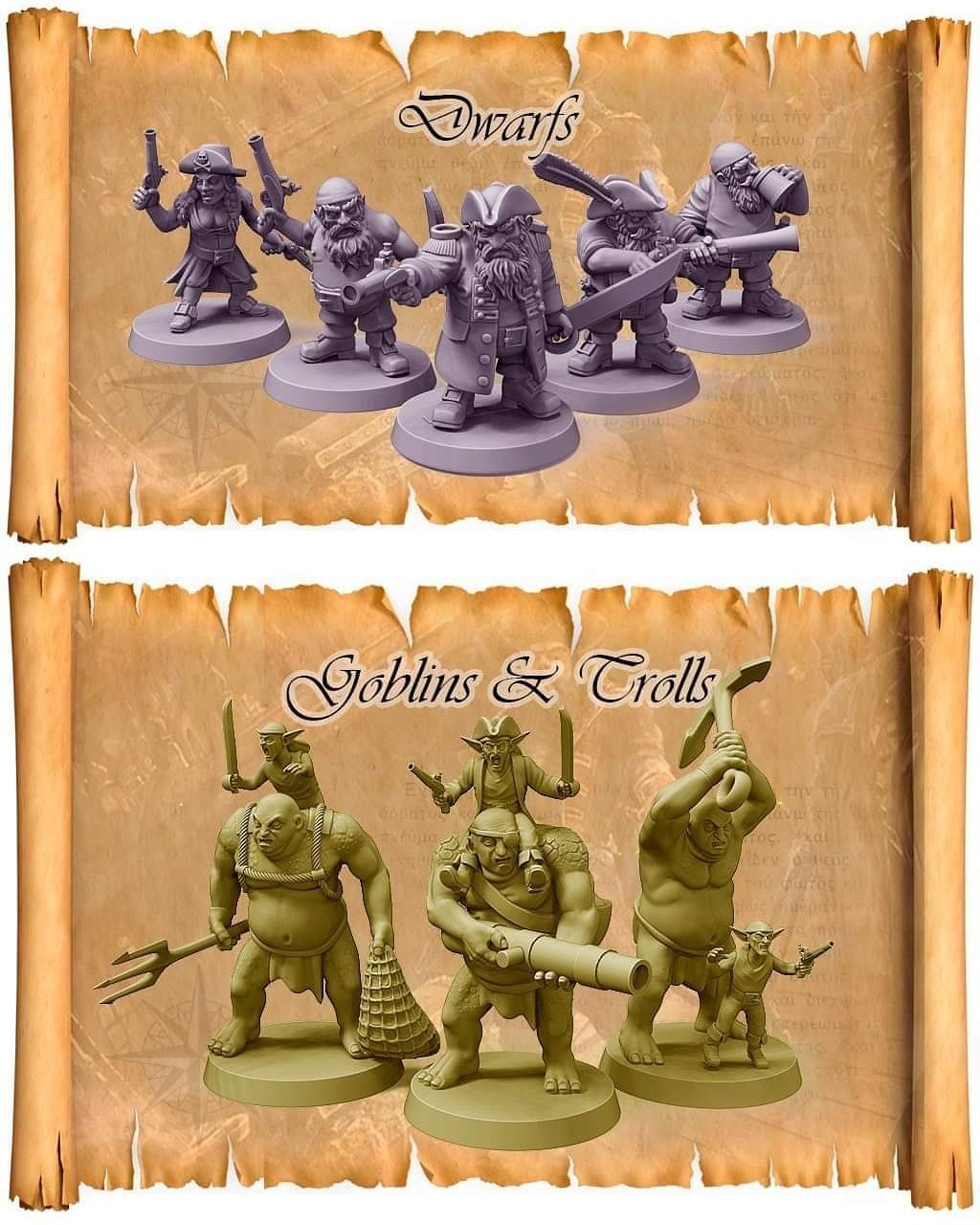 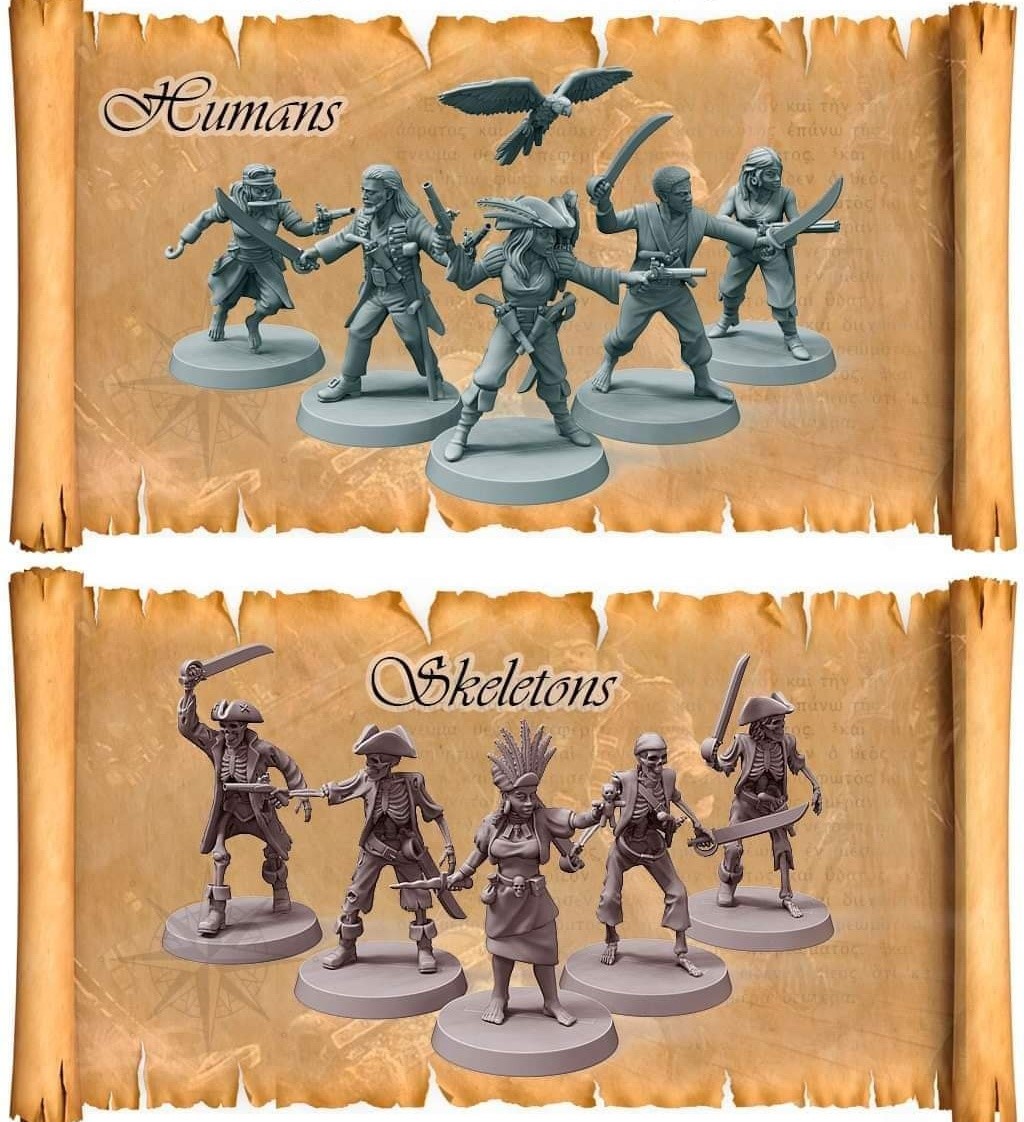 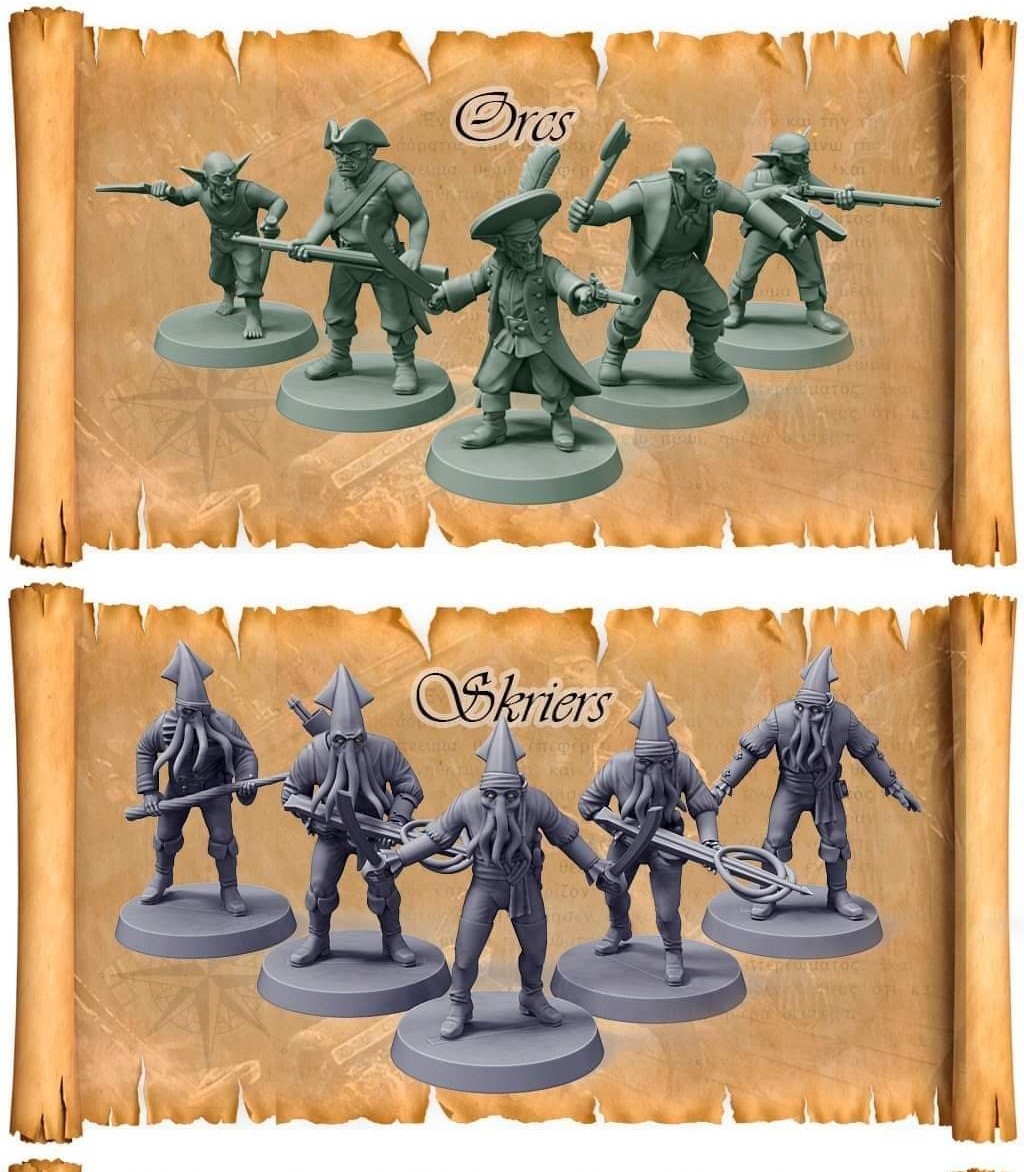 The Beastrider Wars is a completely free ruleset with an accompanying range of miniatures available as 3D printable STL files for only $15.

If you’re looking for a quick, simple skirmish game that won’t break the bank, or simply some very cool fantasy miniatures to paint, look no further! 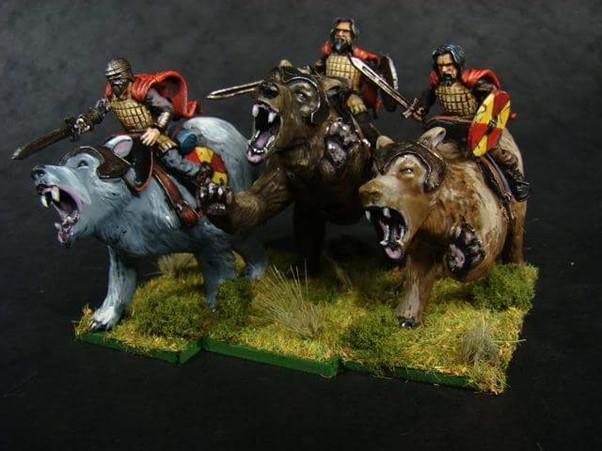 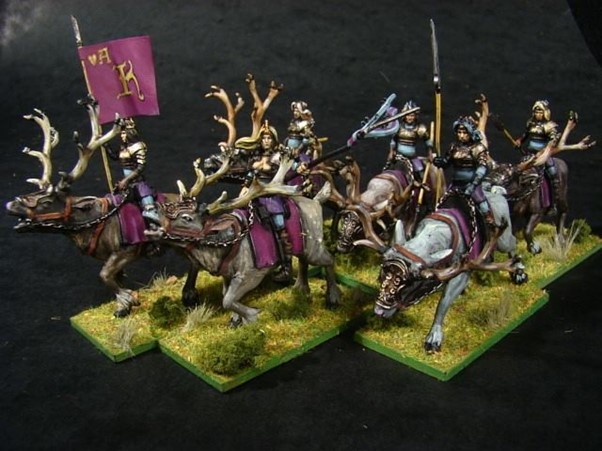 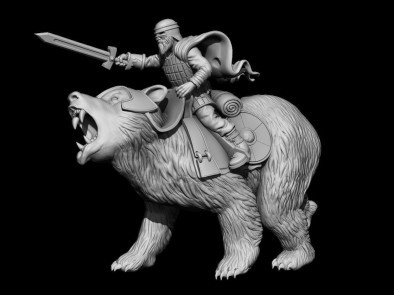 The Drowned and the Damned is available to order now. 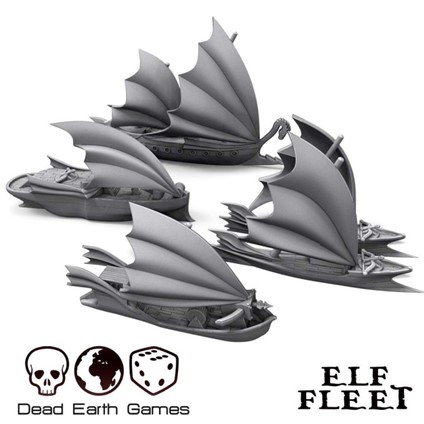 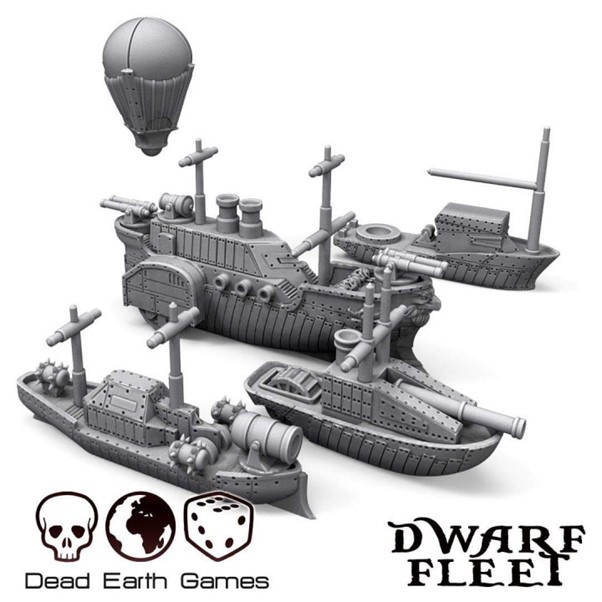 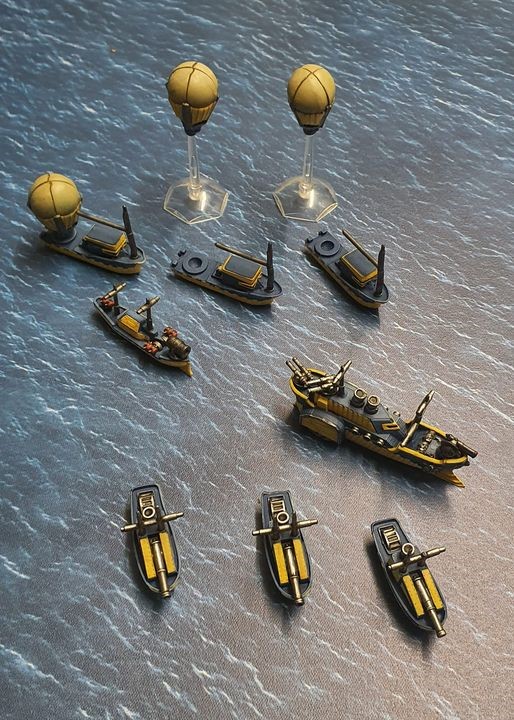 Having successfully funded on Kickstarter, you can now order the beautifully sculpted dwarf and elf fleets for The Drowned and the Damned, along with terrain, the game rules and even battlemats, from here.
Here you can order either plastic ships or the STL files to print your own at home. Though technically a pre-order, if you purchase the STL’s from that link, you’ll get them straight away!

The Drowned and the Damned is an exciting, tactical fantasy naval game, where players take it in turns to move units or individual ships rather than waiting for their opponent to move their entire fleet, and where the characteristics of the individual races show in their ships and tactics, not just their appearance!

The Drowned and the Damned

The Drowned and the Damned is a 1/600 scale fantasy naval wargame from Dead Earth Games and set in the same world as their 32mm skirmish game Pirates of the Dread Sea (though no knowledge of one is required to play and enjoy the other). Simple to learn but with a great many tactical choices available, it’ll be no time at all before you feel like an experienced admiral to either the stoic Dwarves with their steam and steel, or the elegant and sleek vessels of the elves.