Whether you are a merchant travelling the desert with exotic wares, a group of mercenaries setting up camp next to the regular army, or even some exciting adventurers looking for ruined desert temples, you will want a nice tent to rest in yes? 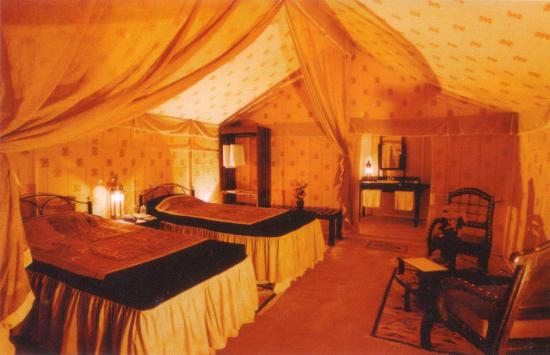 Well can't help you there, so how about this slightly worn, bit shabby but cheap as rats on a stick desert tent? 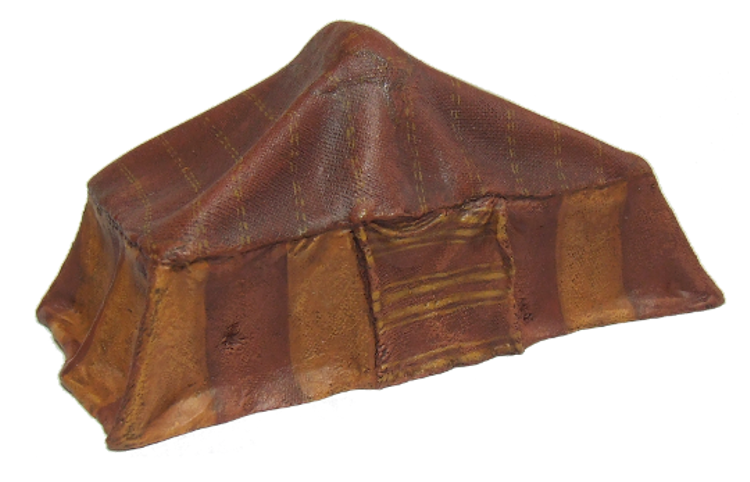 Big enough to stand up in, comes complete with a few holes so you can peek out without having to roll up the entire wall and even has a few patches! 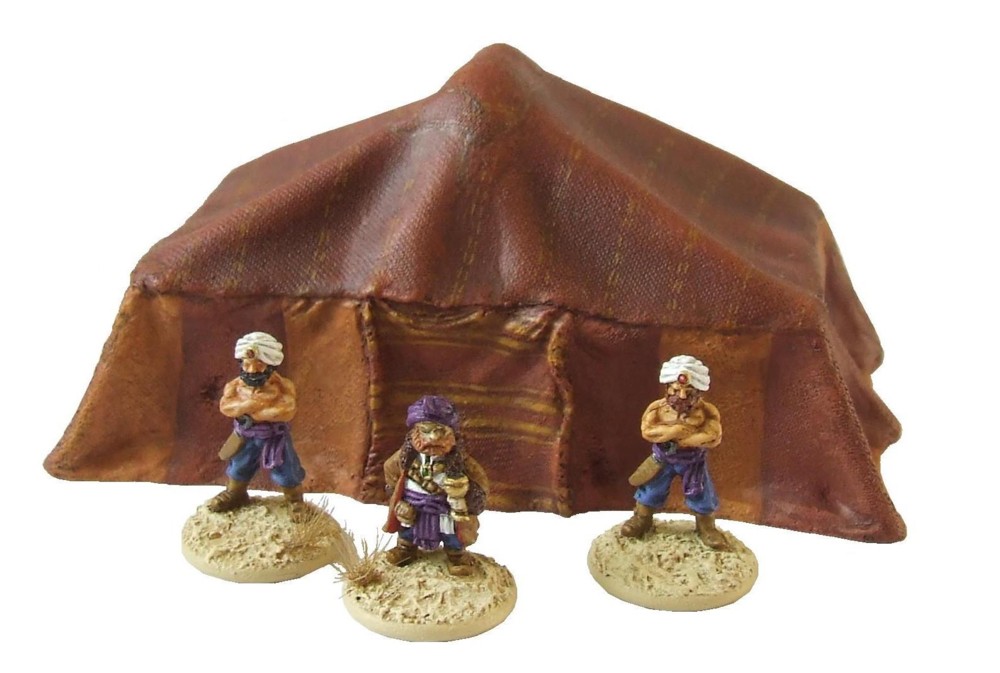 Of course you do. 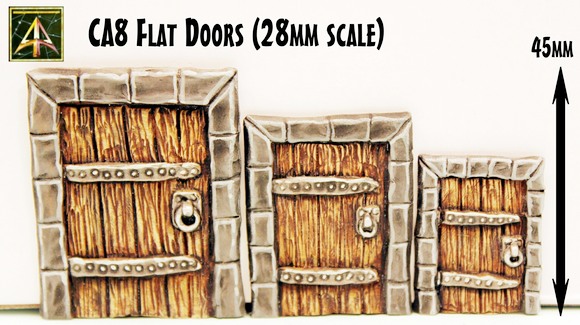 A pack of three different single sided doors in 28mm scale from Alternative Armies. These doors are great for scratch building, dungeon questing, buildings and more. Suitable for fantasy and any other pre-industrial setting including Flintloque. The rear side of each door is blank. Choose from a pack or singles or a discounted bundle. Very useful indeed. CA8 Flat Doors now released. We cease shipping for Xmas on the 15th December and this is our last release before that date. 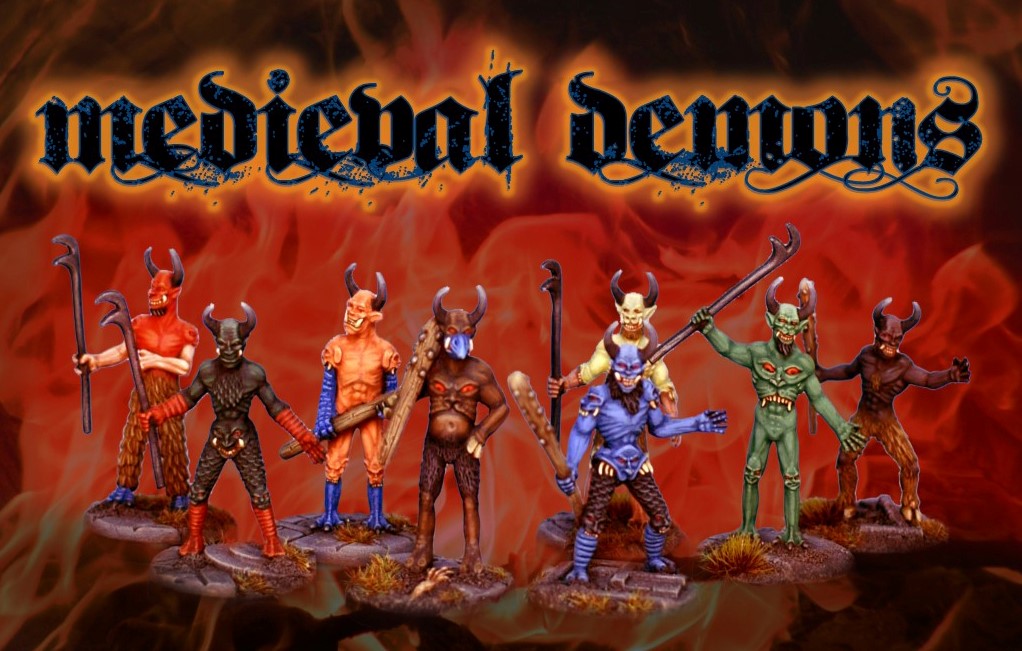 As you probably know we ran a successful kickstarter campaign to produce a range of Medieval Demons this year. We have finally got the last of those pledges shipped and fulfilled and so are happy to announce that this range is now available on general release to buy in our shop. It’s such a big range it even gets its own page!
We are out of stock of the hell-mouths as there was such a demand for these, but we are getting more cast and we hope to have these in the shop as soon as possible. 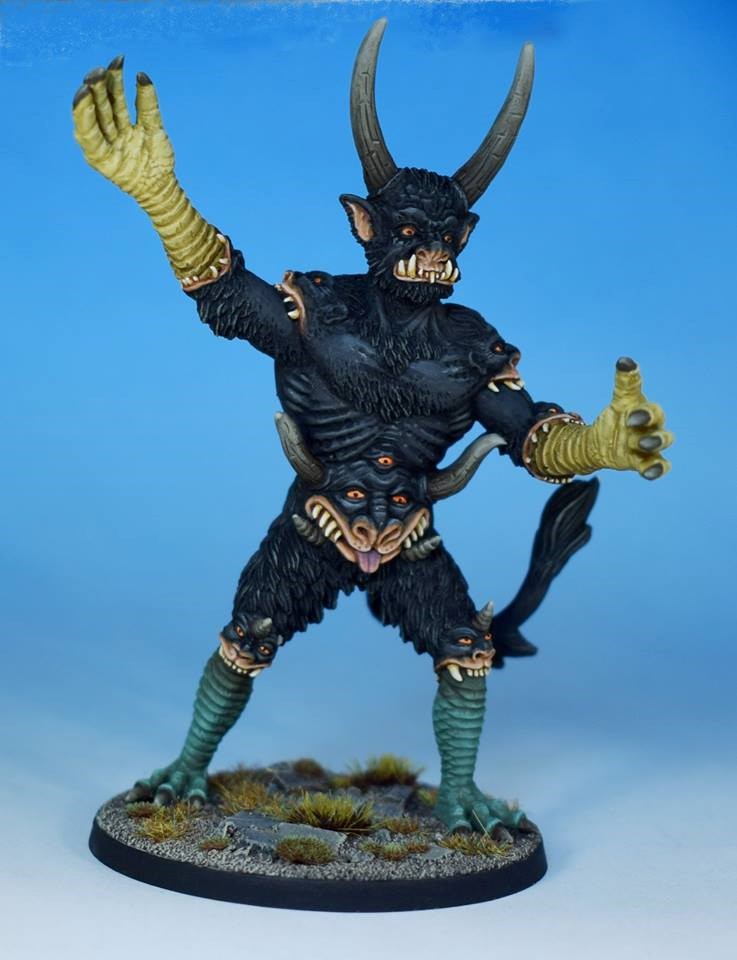 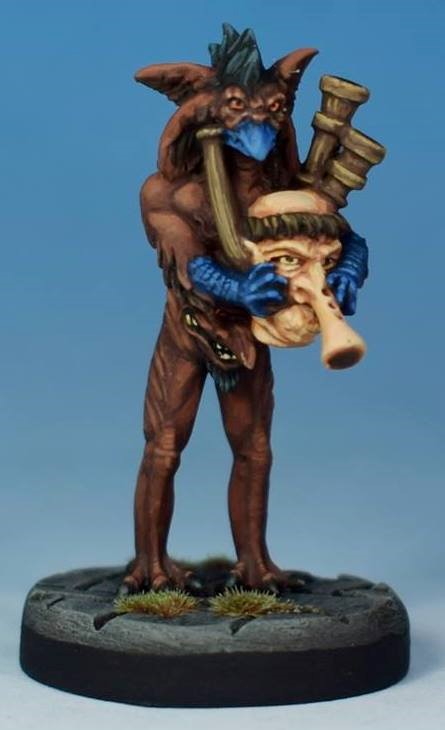 Recently released are the first 4 of our Hill Giants- there will be a total of 7 Hill giants in this series, 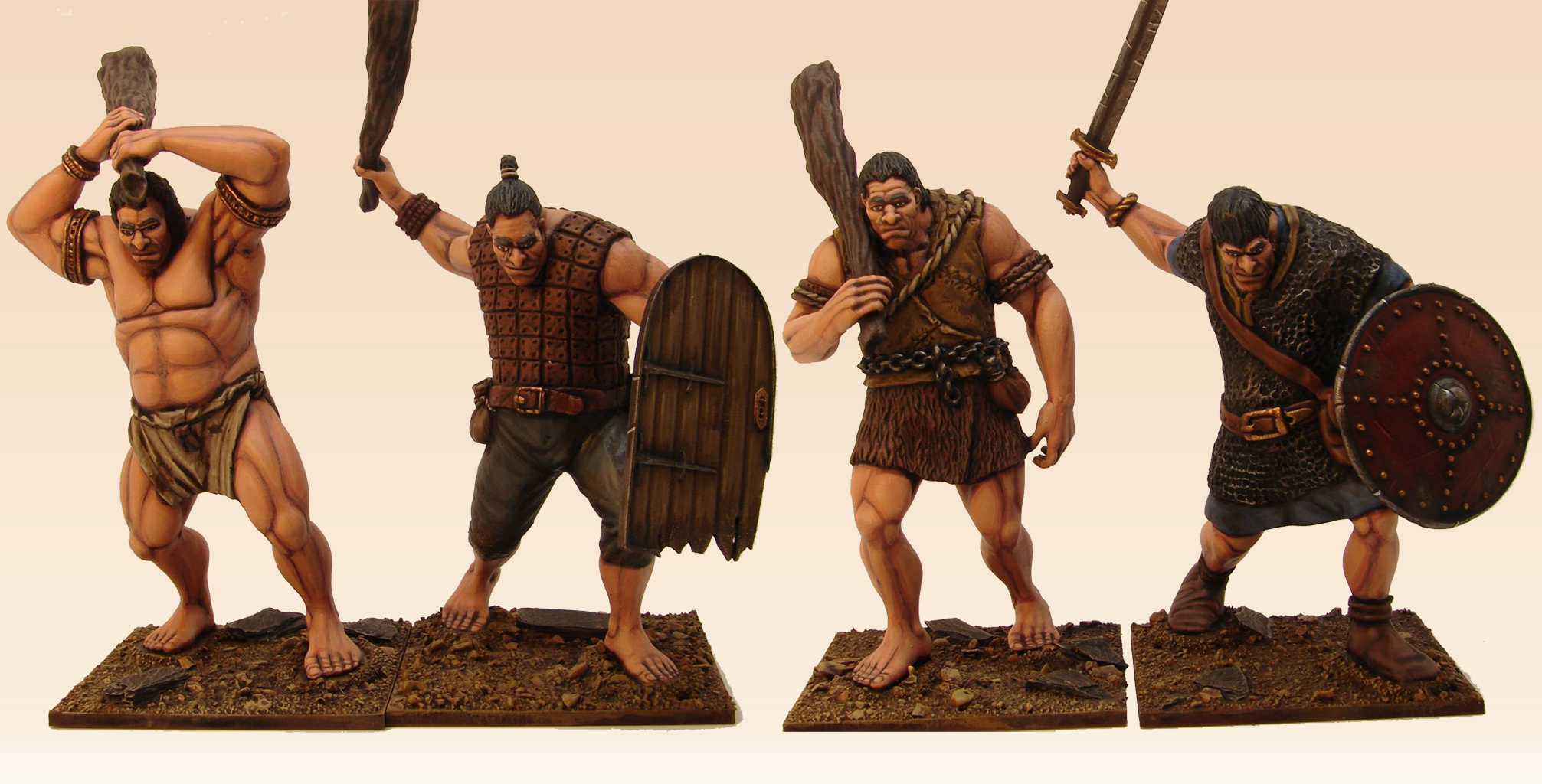 Each Hill giant is approx 80mm tall when standing upright, for each of these first 4 poses the giants stand approx 70mm to 80mm tall depending on the actual pose. But taking into account weapons the total height varies from approx 100mm to 120mm! (Yes they are big!)

The giants are cast in white metal and require some assembly as each giant has either optional arms and /or equipment.

For example the giant swinging the two handed club overhead you can replace his arms with open handed arms in the overhead throwing position ideal for throwing a boulder (included with the model) or you can place a barrel, or even an adventurer for throwing! One giant as the option for a dungeon door shield in place of the standard round shield.

The final three in the Hill giant series include: a Drunken Male Hill giant sitting on a bench (or Barrel) and two female Hill Giants armed with frying pan, kitchen knife or even a rolling pin! 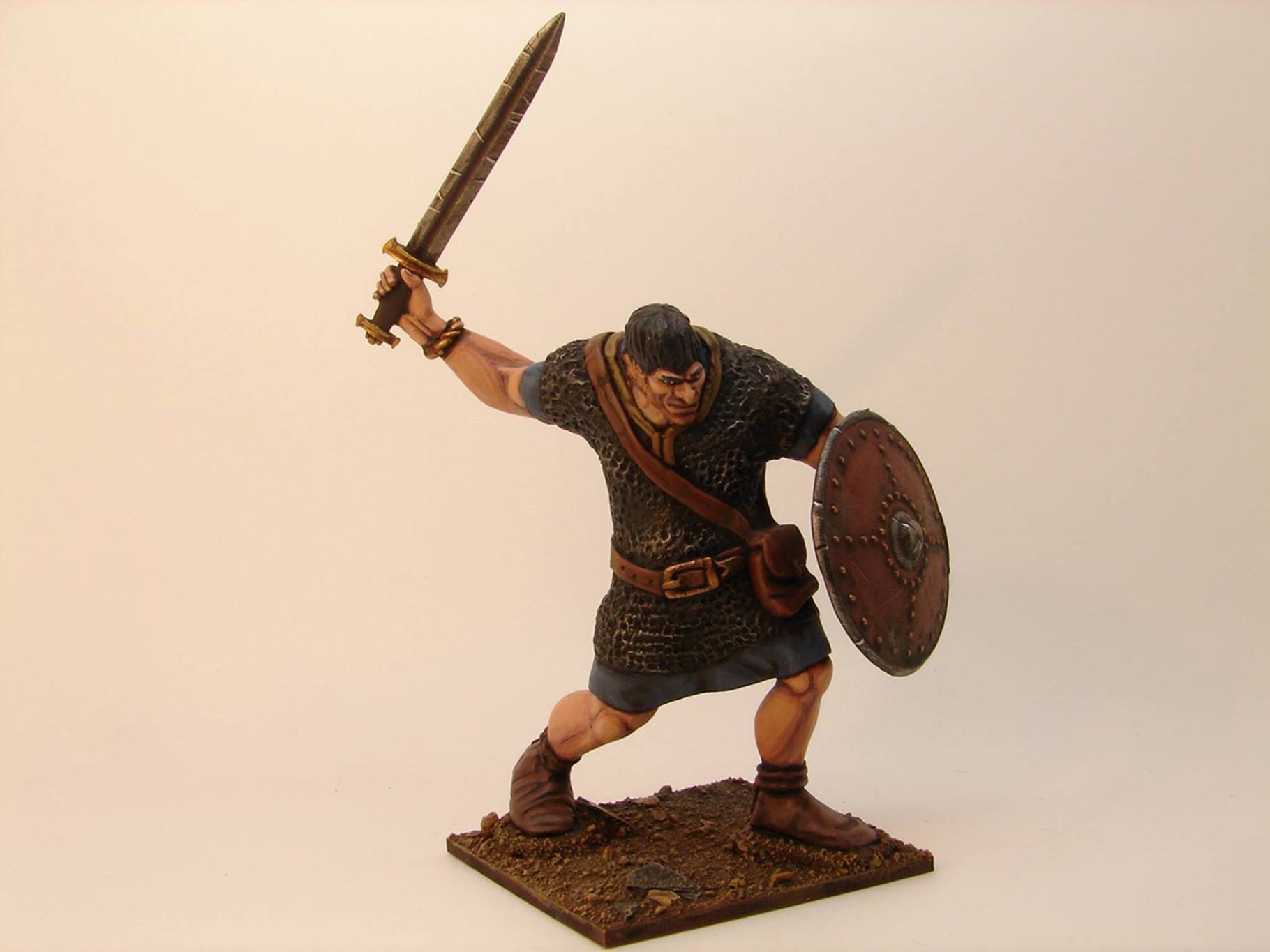 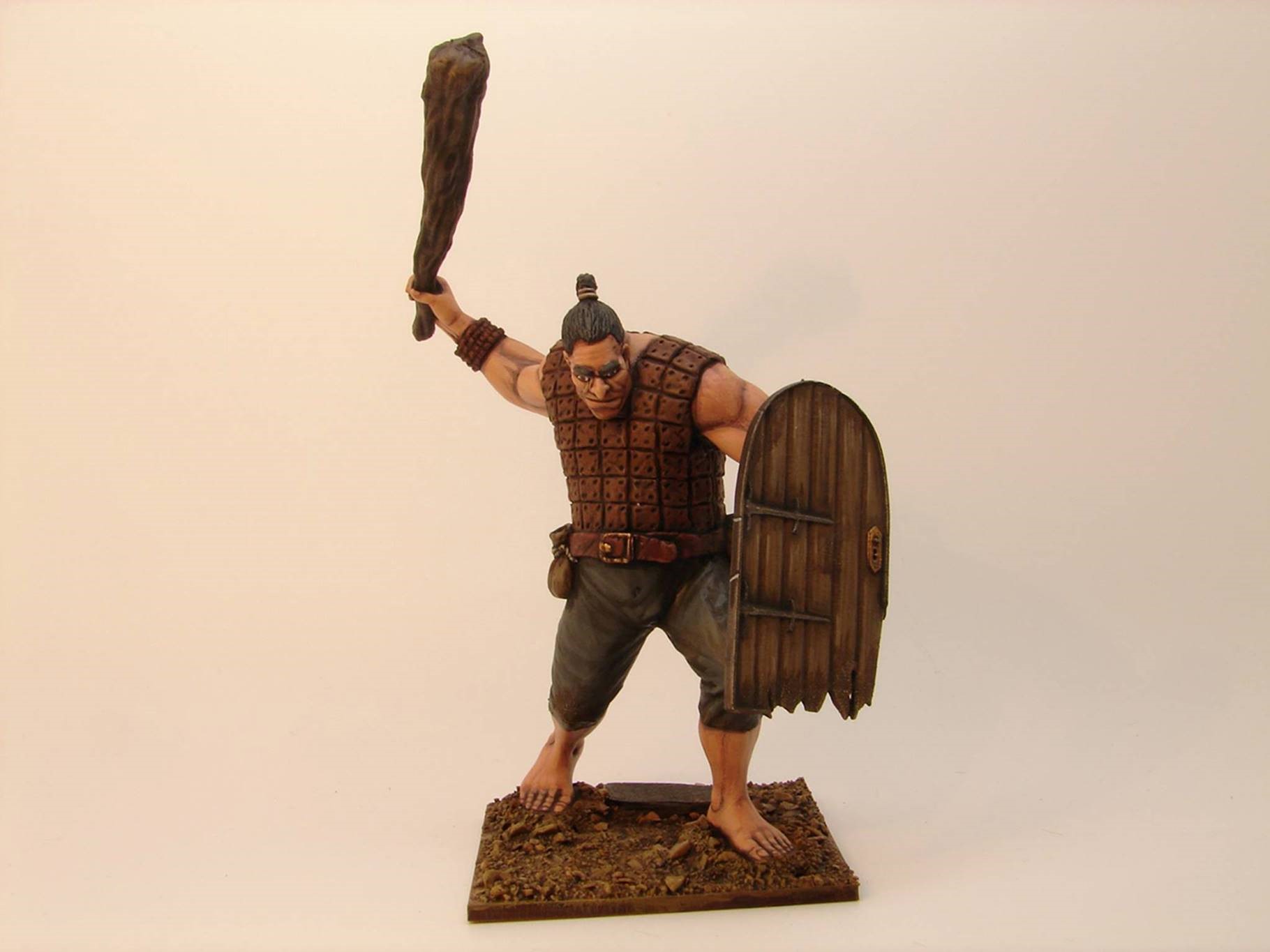 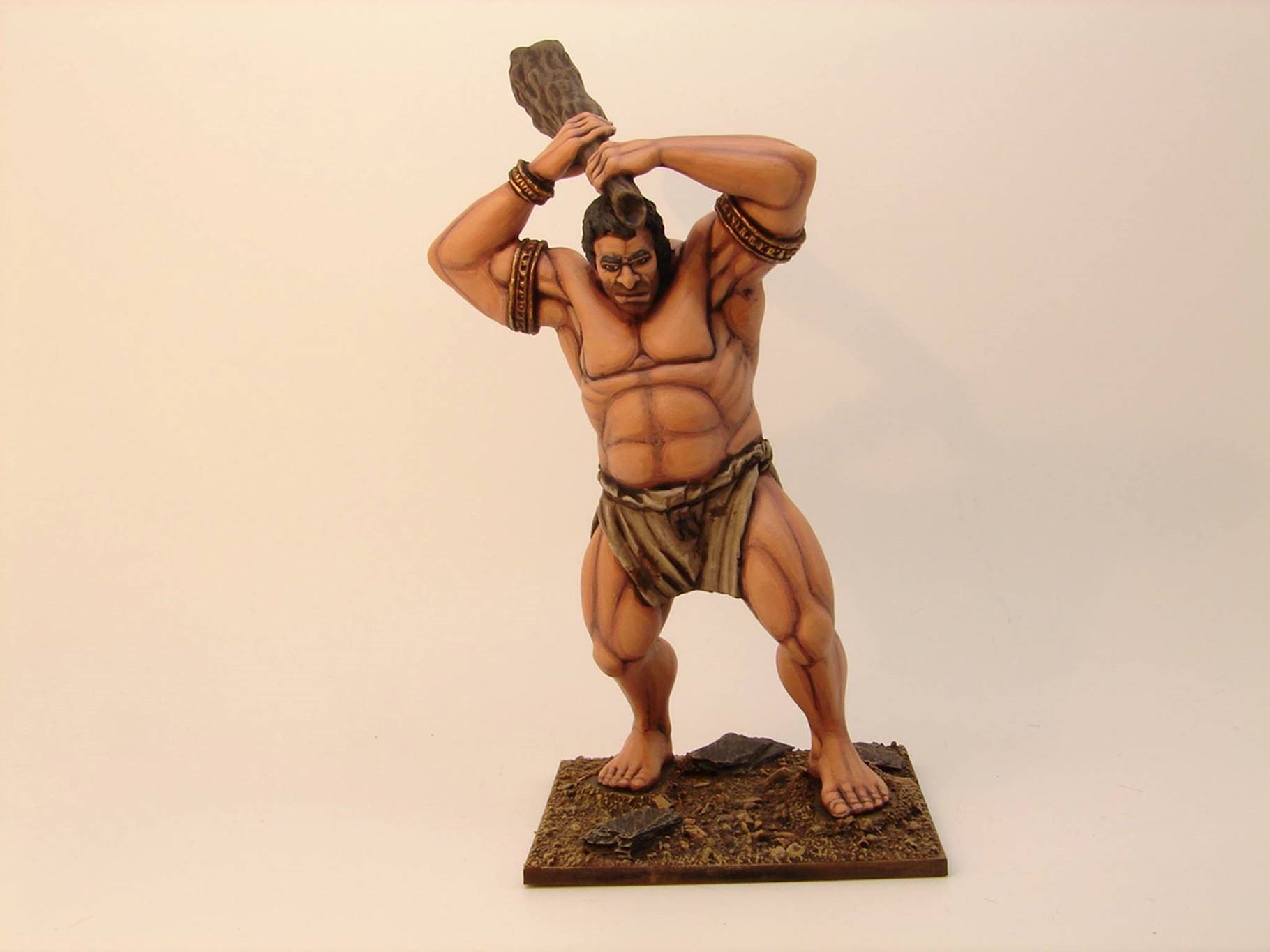 In addition there are a number of discounted unit deals which include the command pack: