The Coloborynchus joins our Dinosaur ranks! 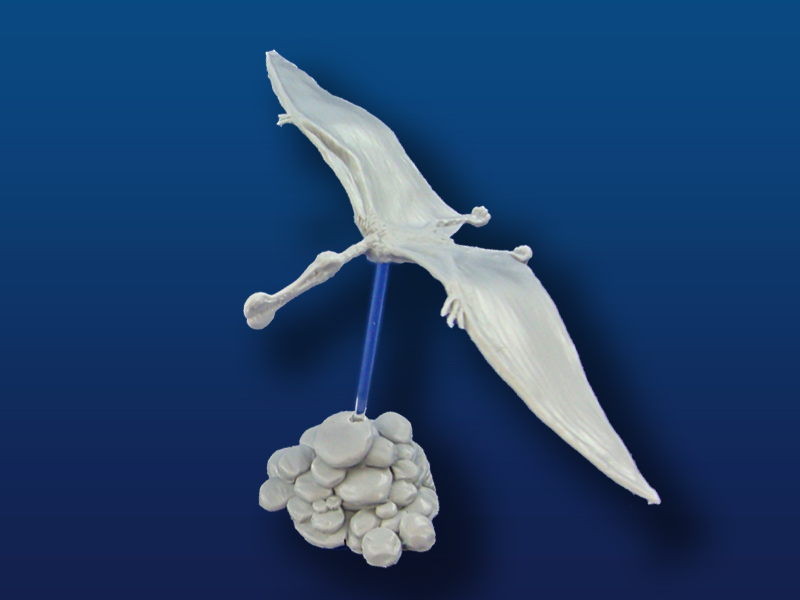 * No sale code is required as prices shown are 20% off for duration of the sale and 40% off for our 14/7 Club Members. Join our club for $30.00 for a year and get the extra discount during the sale. 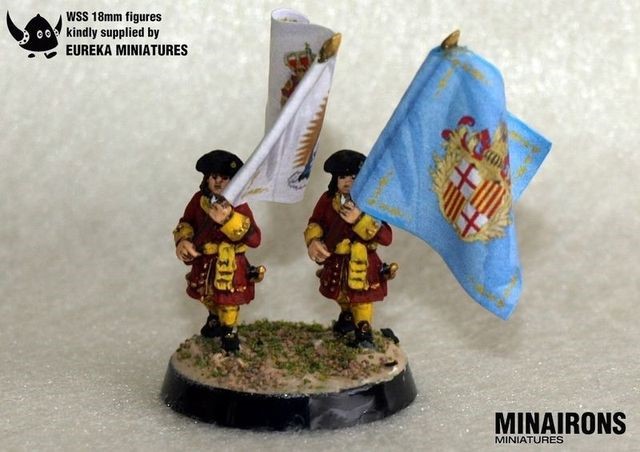 I'm proud to show you our latest digital product - the flags of one of the most renowned Catalan regiments at the service of Charles Habsburg during the War of Spanish Succession: City of Barcelona Infantry Regiment, also known as "La Ciutat", whose King's and Colonel's colours we've just released at 1:100th, 1:72nd and 1:56th scales altogether. 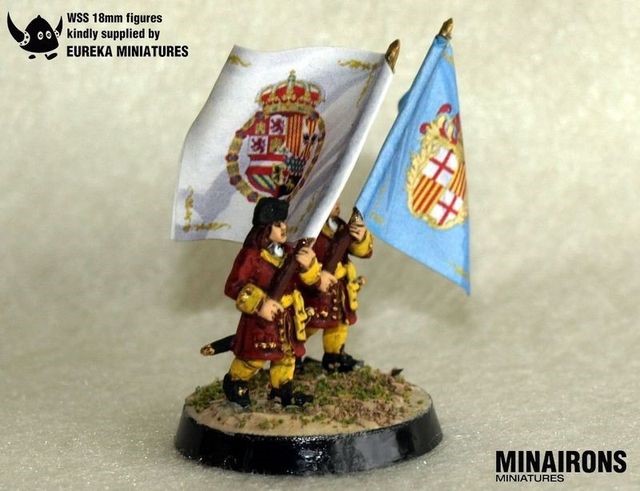 The images here depicted show what their 1:100th version looks like, when attached to appropriate standard bearers kindly supplied by Eureka Miniatures for this purpose, that I've painted by my own.

I am writing to let you all know that Kingsford Miniatures has finally got a new website up and running, actually it’s been running a few months, but I wanted to make sure it really did work!

So, if you have not heard of us before, we are a manufacturer of 28mm historical samurai and Roman era gladiators. We have been in business since 2004 and are still going strong. Several new packs are in the works which may be released using a Kickstarter (haven’t quite decided yet). 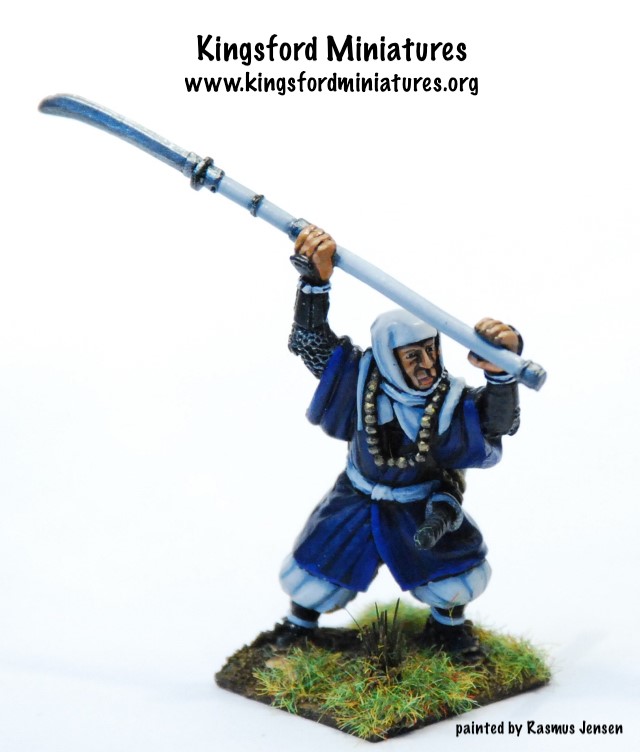 The samurai range has pretty much everything you need to get going doing battles from 1542 to 1610. It has samurai, ashigaru, sohei, ikko-ikki and a couple of special packs too. My wife and I intend to continue to release sets to fill what few gaps remain.

So if you are interested in samurai or gladiator miniatures, come over to www.kingsfordminiatures.org and take a peak. Find out why thousands of people enjoy painting and playing with our figures. The site is mobile device friendly as well!

We are based in Victoria, BC Canada and ship pretty much anywhere. Have questions then drop us an email HERE 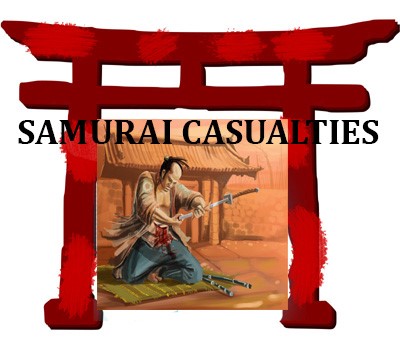 This project will enable me to design produce and then manufacture a set of Samurai Dead and dying. A Harakiri figure.
The first stretch goal if made will be a Samurai Executioner with one poor chaps head about to be cut off, and one with his head off.

These sets will add nicely with my 28mm Samurai range.

So you will get the following:

• A PACK OF 5 X SAMURAI & ASHIGARU CASUALTIES
• A HARAKIRI FIGURE (VERY BRAVE CHAP!)
• STRETCH GOAL ONE - A SAMURAI WARRIOR EXECUTIONER WITH 2 FIGURES, ONE HEAD STILL ON HIS NECK AND ONE FIGURE WITH HIS HEAD OFF - SORRY!

Please support this project, which will enable me to design and produce the new figures.
If the pledge is reached, I will open up Stretch goals. 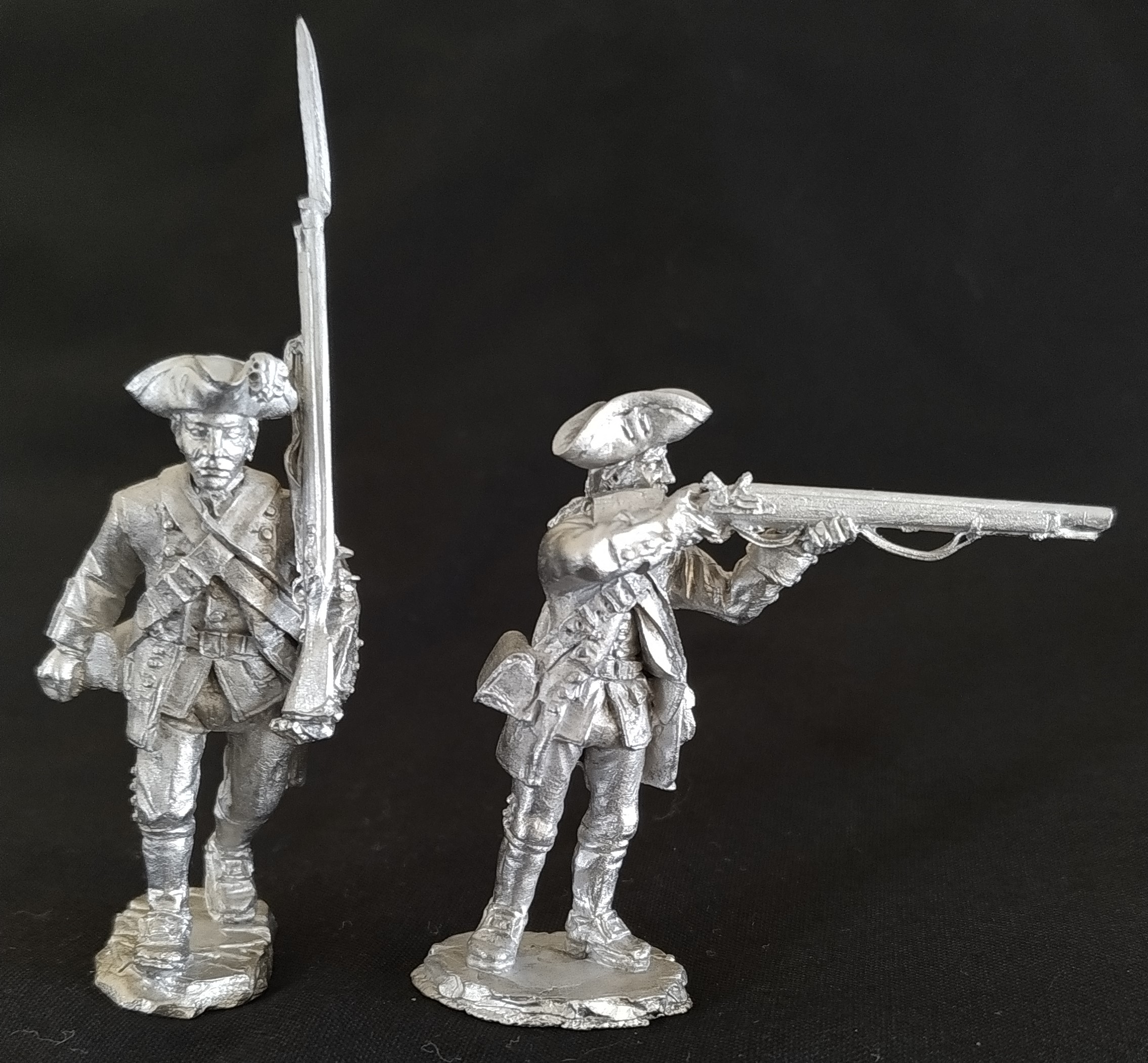 Well if bad things come in three, Covid19 was the third one in our 2020, so we’re expecting the rest of the year to get a lot better.

The plan for this year includes some internal reorganization to make the production processes a lot smoother and adding more figures to the existing ranges. Sean Judd, the original sculptor of the Trident and Vanguard ranges, has already created some new masters this year and is currently working away on more new figures to expand the existing ranges.

The AWI range will get extra French infantry figures this year, and an officer figure for the Queens Rangers Highland company. Longer term we will be adding Hessian artillery crews and the forces of Spain in the New World.

The French and Indian Wars range will initially get new Colonial Militia figures suitable for the likes of the Virginia Regiment, the Pennsylvania Regiment and the New Jersey Blues. The figures will be in shortened coats suitable for bush fighting.
Longer term we will be looking at adding extra figures to cover the European theatres of the Seven Years War.

We have long term plans to expand the medieval range. Expanding the range for the western theatres into subsequent time periods and providing Baltic, Middle Eastern and Spanish figures to act as Crusade period opponents.

We hope you are all safe and taking care of yourselves.