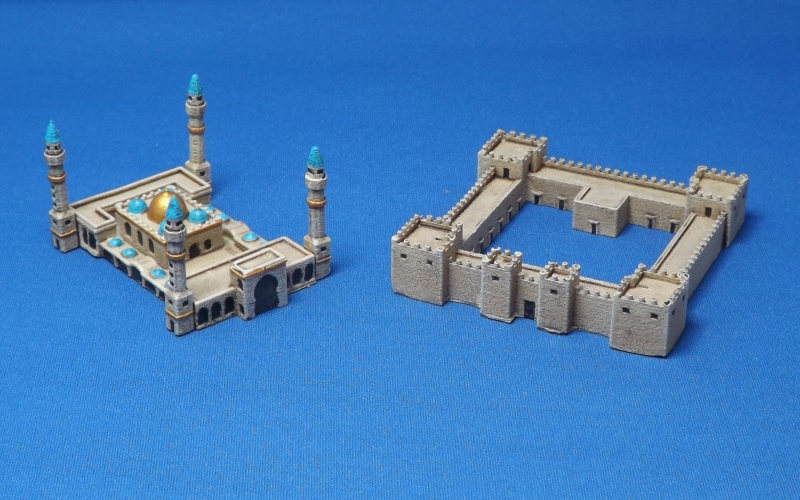 Happy New Year to you all, I trust you have all had an enjoyable festive break and I hope 2020 will be kind to you and only bring small problems!

So what's the plans for 2020?
Scheithers Feikorps have gone for casting and that will bring to an end the figures required to support Charles Grants book on small actions of the Seven Years war. It will be my intention to sell units for each of the actions at a discounted price both for Charles' rules and for Sharpes Practice
After that the main focus for Richard Ansell will be sculpting models for the French Indian War - the French Marines are done and next up will be the Hurons followed by the Mohawks. I hope to have the full range finished by year end.

I am hoping Andy Stadden will return to full form this year and this will see the completion of the Saxons and quite possibly the start of a new project!!

Digital sculpts - these continue at a pace with the Austrians and Hungarians now complete - Dan is on with the Prussian Jaegers to be followed by the Grenz.

I have done test casts of all the figures in 28mm and feel a little more work is required before I release.
The 40mm project is still ongoing albeit slowly, there is a major decision to be made on how to fund this project if it is to go in production.

Other scales - I am in conversation with a couple of other people regarding producing the figures in other scales - if this does happen it will most probably be private commissions. There is also the possibility of releasing figures in resin for those that desire.

So a full year - in between all this I would still like to get the charging French infantry done and probably charging British and French horse! 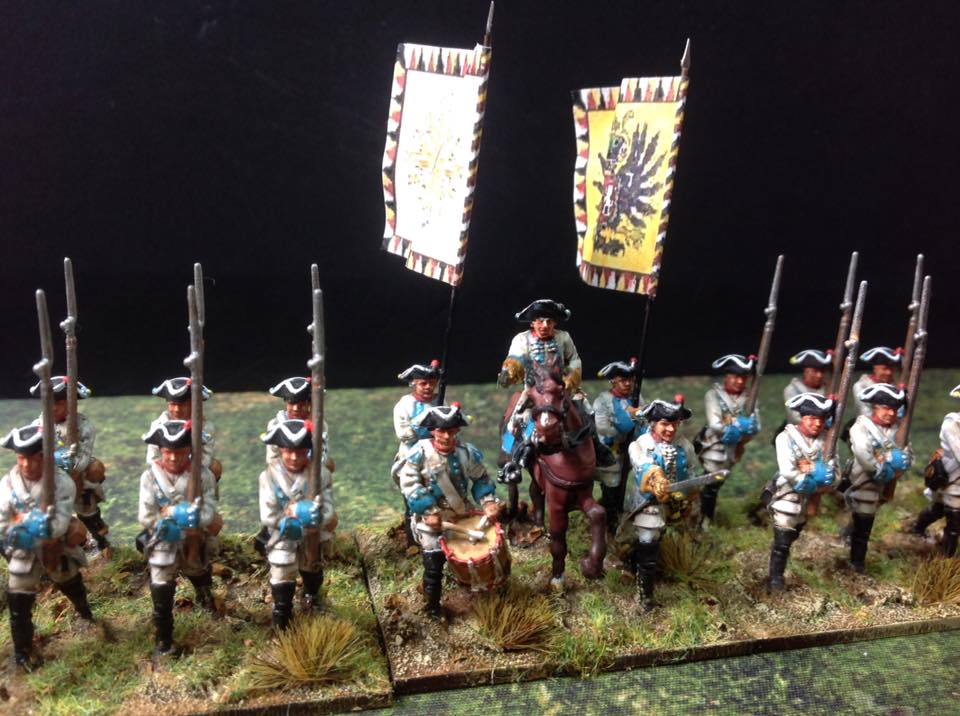 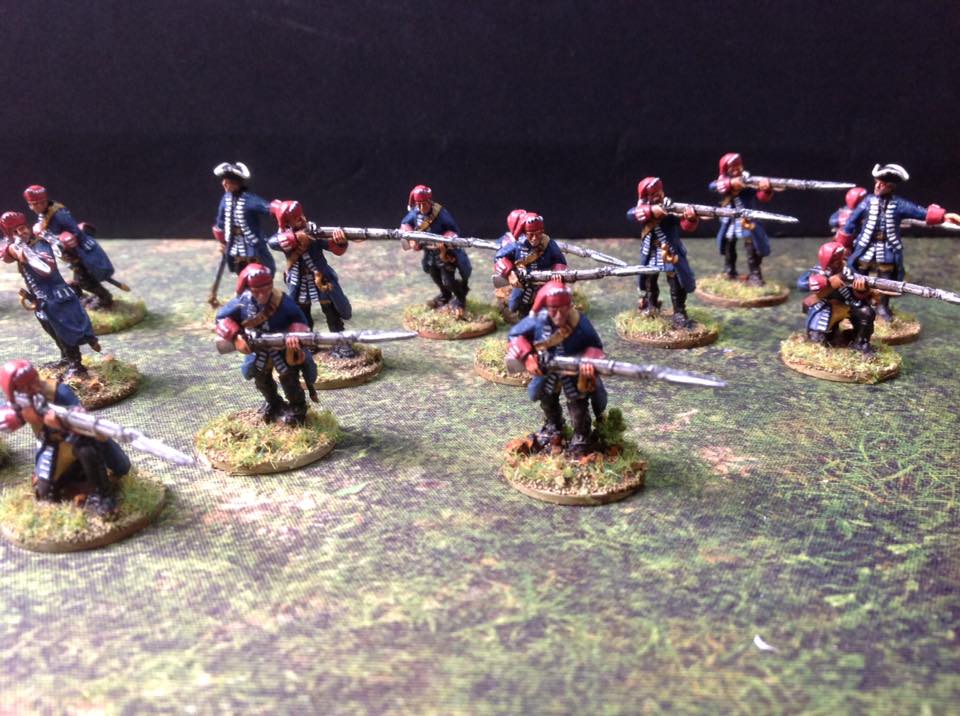 I will also return to looking at releasing a small range of casualties as a lot of customers have asked for them to use as markers.
As always I am open to comments and suggestions.
All the best.

All orders in January will receive a free quirky pirate character. 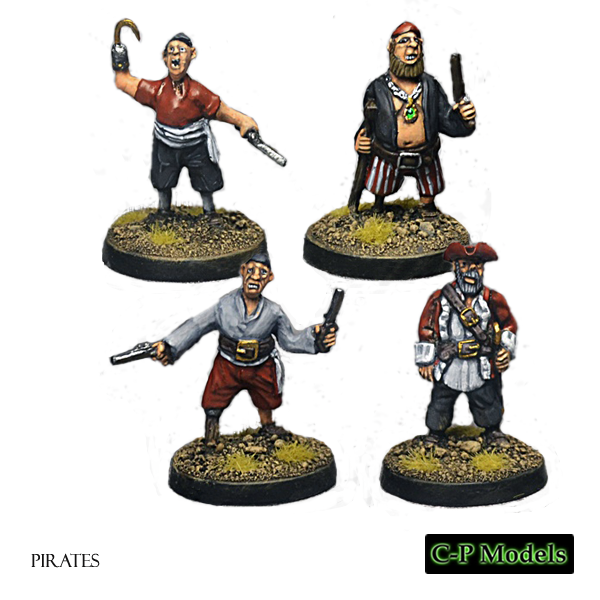 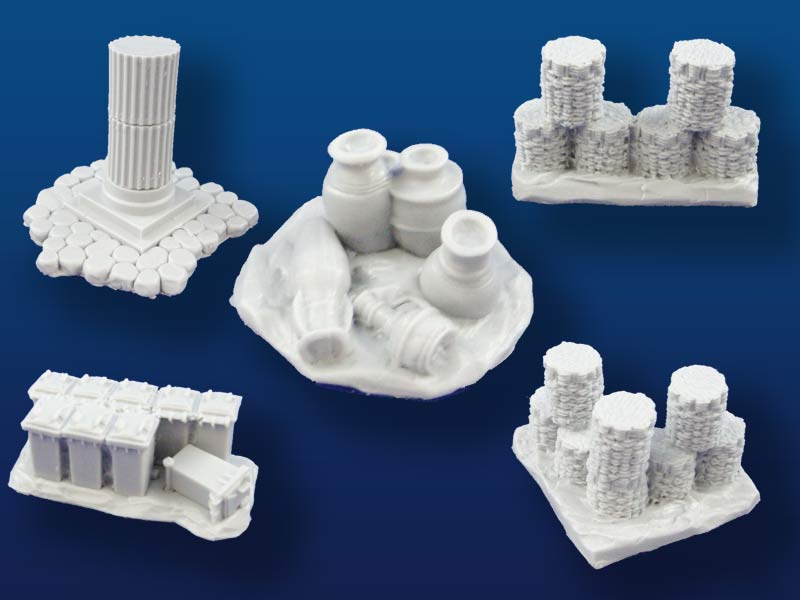 It's time to roll out some new accessories for our customers. These five are the first of 40 new ones that I have finished. Every few weeks there will be new ones released.

For our Kongo-Afrika customers we will finally have the last of our moulds by mid-January so we can complete this Kickstarter.

All these new accessories will be available at the conventions from Miniature Building Authority and Armory Hobbies. Additional news in a few week.

To Ur Is Human – Wargame Rules 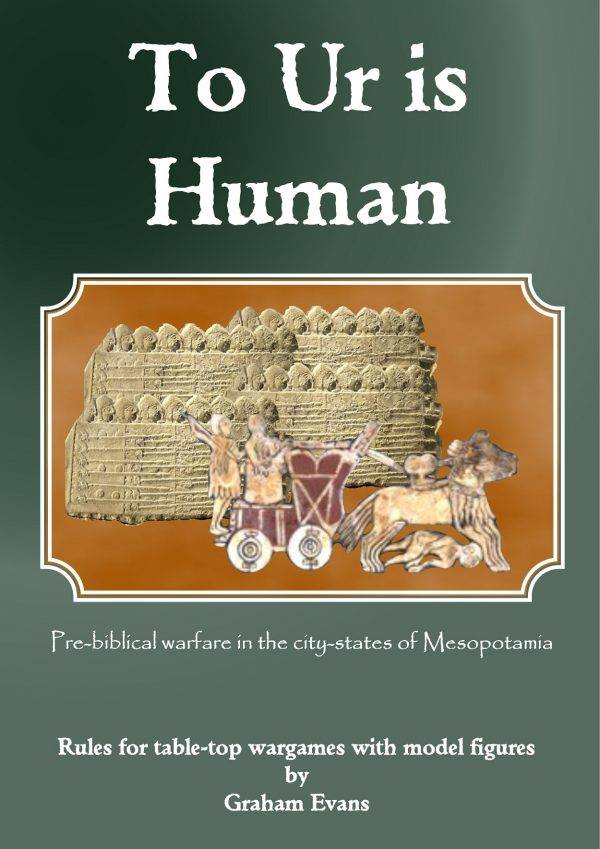 These innovative new rules cover the 1,000 years of the Mesopotamian city states with simple, clear, fun mechanisms that will allow for a large game to be played comfortably in an evening.

At the core of the system is the Fear Test – an asymmetric, simultaneous assessment of the relative levels of fear two opposing units have of the other.

This, allied to a simple and robust combat mechanism, with straightforward movement and terrain rules, means that players will get a quick-to-learn but unique gaming experience from game one.

To enable this further, the rules are written in clear, plain English, with an easy-to-follow page layout, and a Quick Reference Sheet on the back cover.

Written by Graham Evans (aka “Trebian”) a Wargamer, blogger, historian and games designer.

These new rules are the ideal companion to our Sumerian figures.

What the reviewers said:

“An excellent example of a good book of wargame rules, and felt that I could have run a game straight after reading the rules. There were no gratuitous illustrations. Those that were included served a definite purpose, and helped to explain the rules.”

“The rules themselves are simple, straightforward and quick to learn. They give a good, reasonably quick game… with two more solo games under my belt, I’m confirmed in my belief that this gives a very playable game.”

Each set of rules supplied with a free 28mm Sumerian king miniature.