Combat Patrol is built on innovative card mechanics to implement the full complexity of modern combat without the need for complex cards and look up's to slow down the action.

The Wermacht Platoon pack provides filled in reference cards for sub-units and attachments together with handy reference data on the backs of the cards. 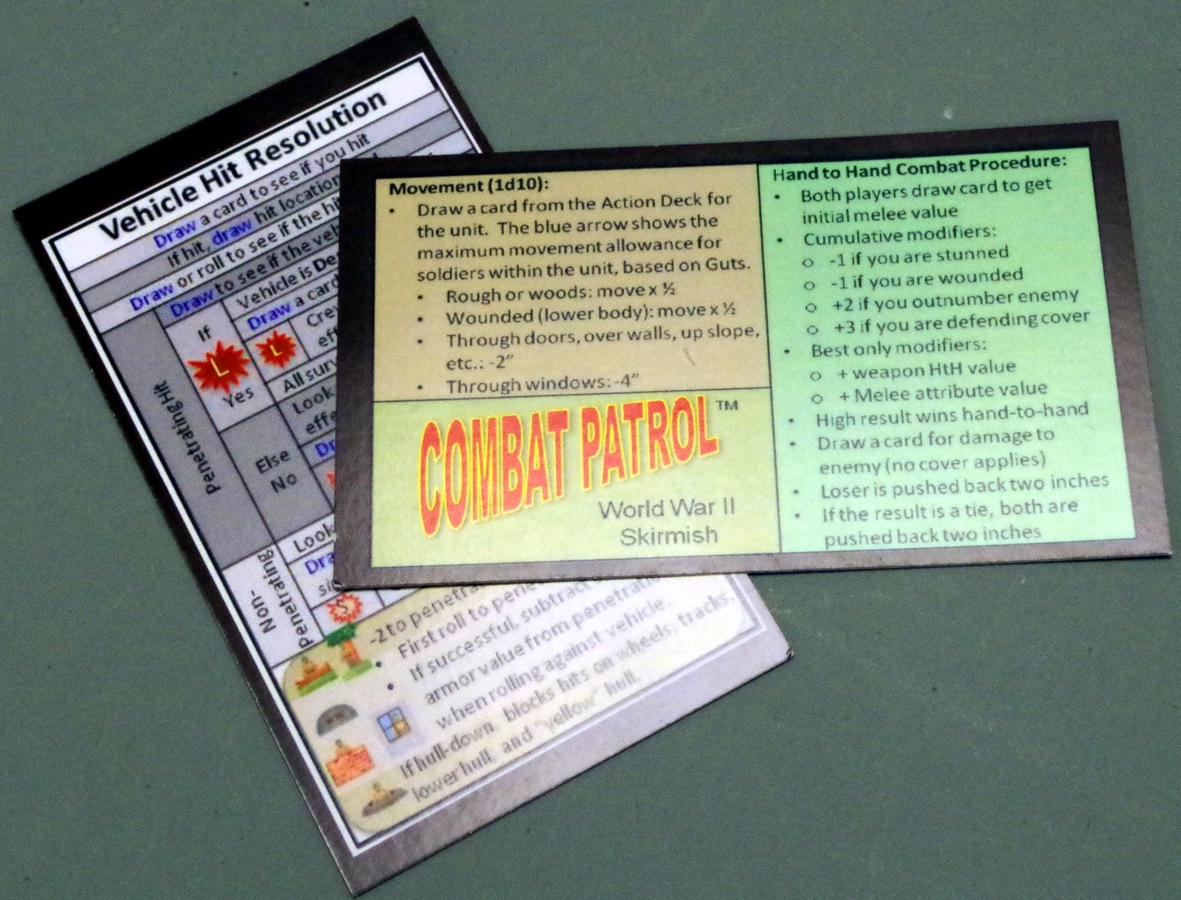 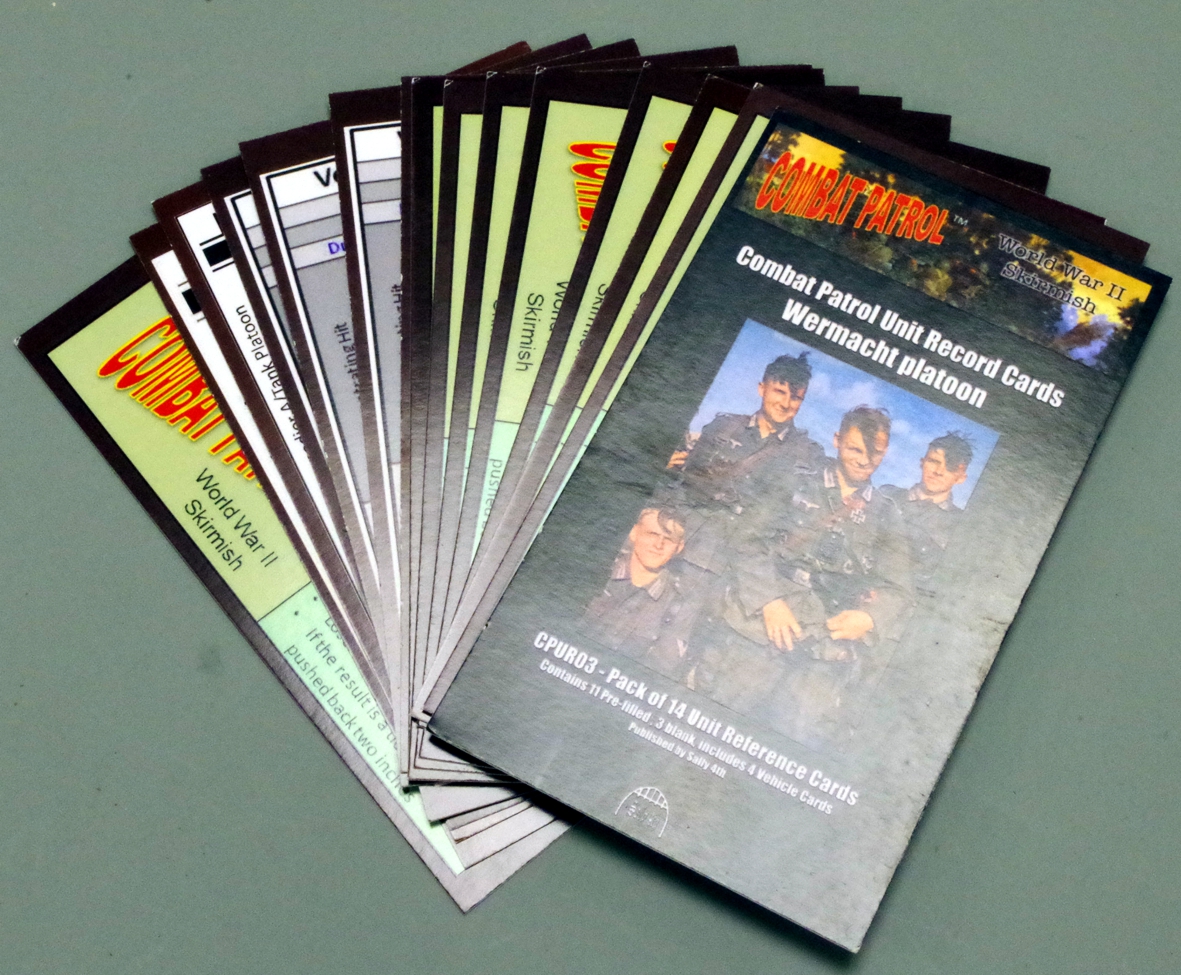 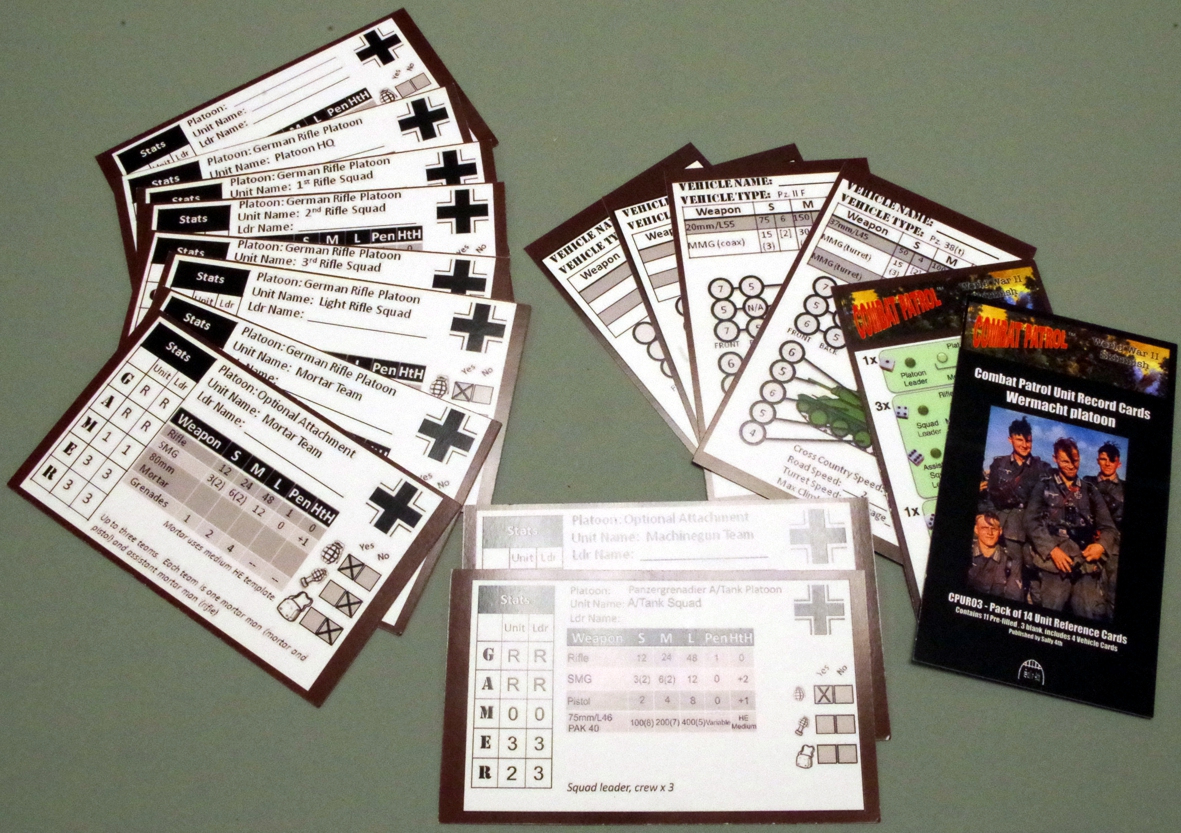 Check them out HERE

The latest addition to our Old West range is Fat Anne’s saloon, the largest model in the range to date. All of the usual engraved detail inside and out and the parts are prepainted. 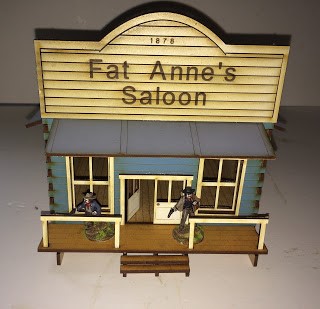 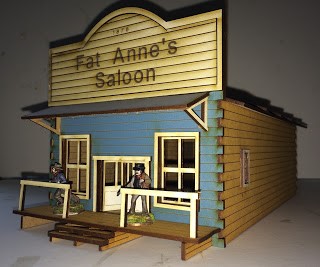 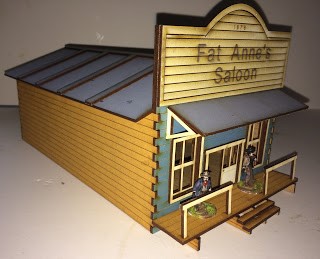 All models will have engraved details inside and out and will be available in light stain(shown) for newer buildings, darker stain for older buildings and gray for mature buildings. Please specify with order.

There will be about 30 models in the range so it’s going to be quite a task to complete. These will consist of many different merchant shops, various standards of houses, church, a school, covered bridge, hotel, marshals’ office and plenty more.

Individual pictures and prices can be found on our website HERE

We are now selling complete sets of our popular Picketts Charge markers and tasking tokens . One complete set of Union blue and Confederate gray. 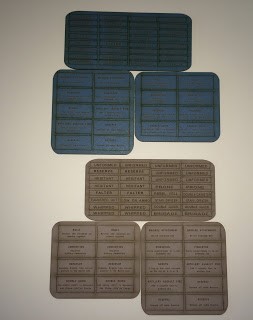 Today we’re releasing more reinforcements for our 6mm Hammer’s Slammers forces. There are uparmoured versions of the M2A4UA tank and M9A7 combat car, plus new artillery support on the form of the M53 20cm Artillery Hog.

The new tanks have extra armour plating pretty much all over – the difference is obvious comparing the two versions side-by-side. This option makes the M2 blowers even more formidable than they already are.

The combat cars also have additional hull armour, plus extra plating that fits over the existing mesh splinter shield.

The M53 Hogs are enormous vehicles, as big as a blower tank and with a turret that wouldn’t look out of place on a naval destroyer ! The M53 can empty its six-round ready magazine in just 15 seconds and the ammunition options include nuclear, nerve agents and cluster rounds as well as the usual array of conventional munitions. You can read more about the Hog, and the other Slammers blower vehicles, on the official website.

The models are all available singly, or we have new army and detachment packs that replicate the existing organisations but with the uparmoured vehicles instead. There’s also a new artillery pack with hogs, mortar jeeps and command and observer vehicles. 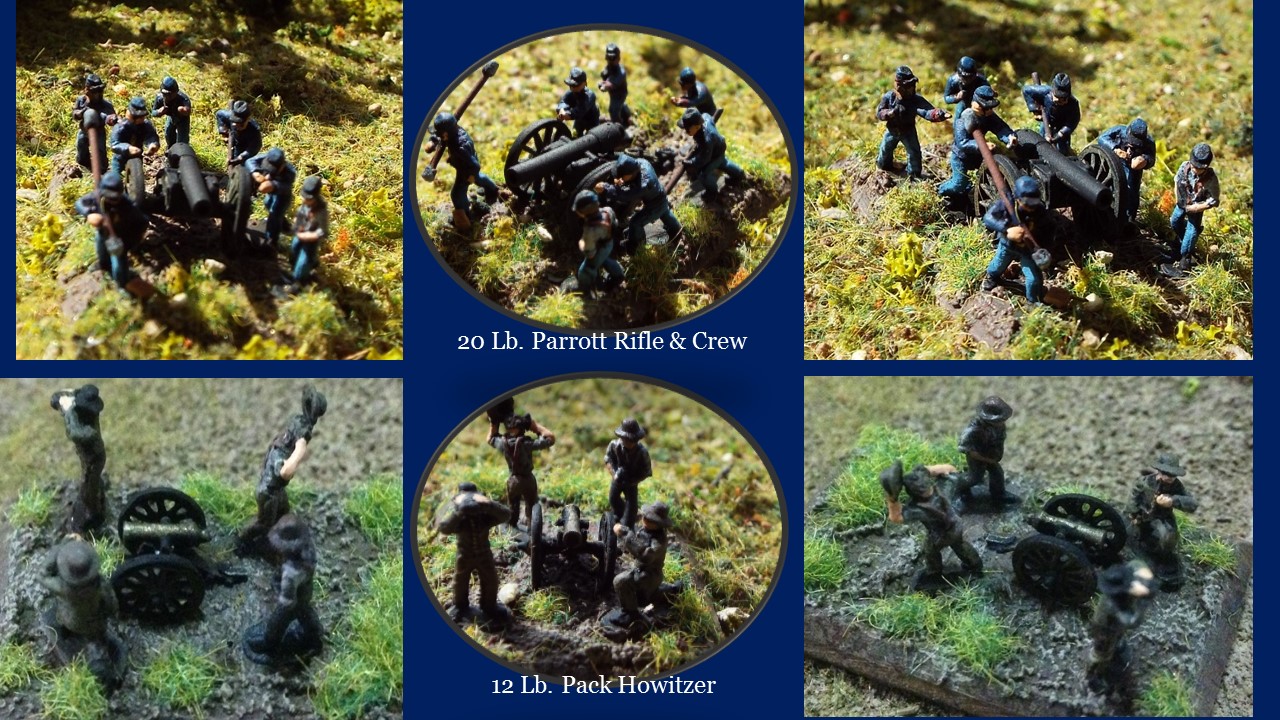 Good Ground Miniatures is proud to announce our two latest additions to the growing range of 10mm ACW artillery I call Gourmet Guns. They are the work of Toby Barrett. Samson is the little 12Lb Pack Howitzer pictured above while Goliath is the Heavy Field Carriage shown below. It comes with the 20Lb Parrott and 24Lb Howitzer Barrels. I have just received the 24Lbr, but shall have pictures of the Heavy Field Carriage with this barrel by the weekend. It is superb, and Toby created the early version with dolphins!

Heavy Field Carriage shown here with 24Lb Heavy Howitzer barrel unpainted until I have a chance to paint one of these little gems. 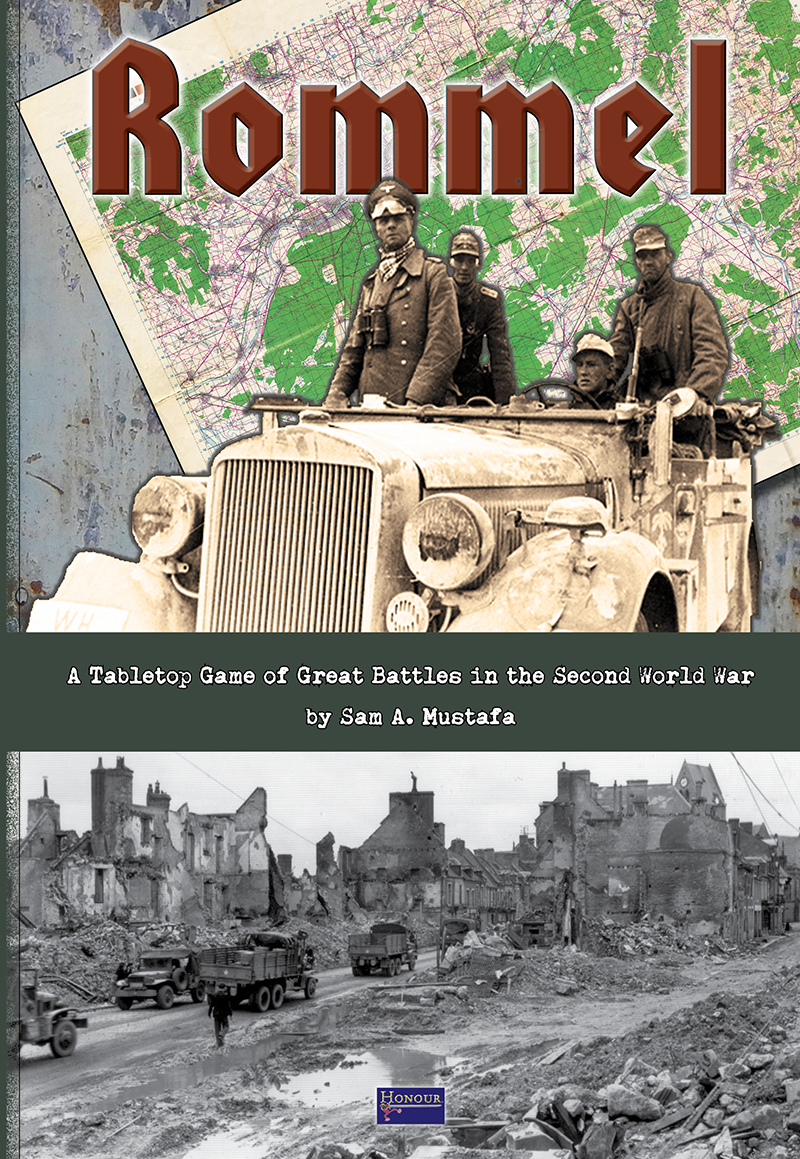 Rommel will be available in late Summer 2017. In the meantime you can listen to this  podcast explaining the basic rules and game mechanics. You can also download several free samples and teasers from the HONOUR website (some of which are helpful when listening to the "How To" podcast.)

Don't know what I'm talking about? There is also a general introduction to Rommel available.

I hope you enjoy it.