It’s been a while since we’ve been able to get a brand new addition to our Polemos series of Wargames rules, which is why I am doubly pleased to be able to announce the release of the latest addition to our range – Polemos Ruse de Guerre – Warfare in the Americas. 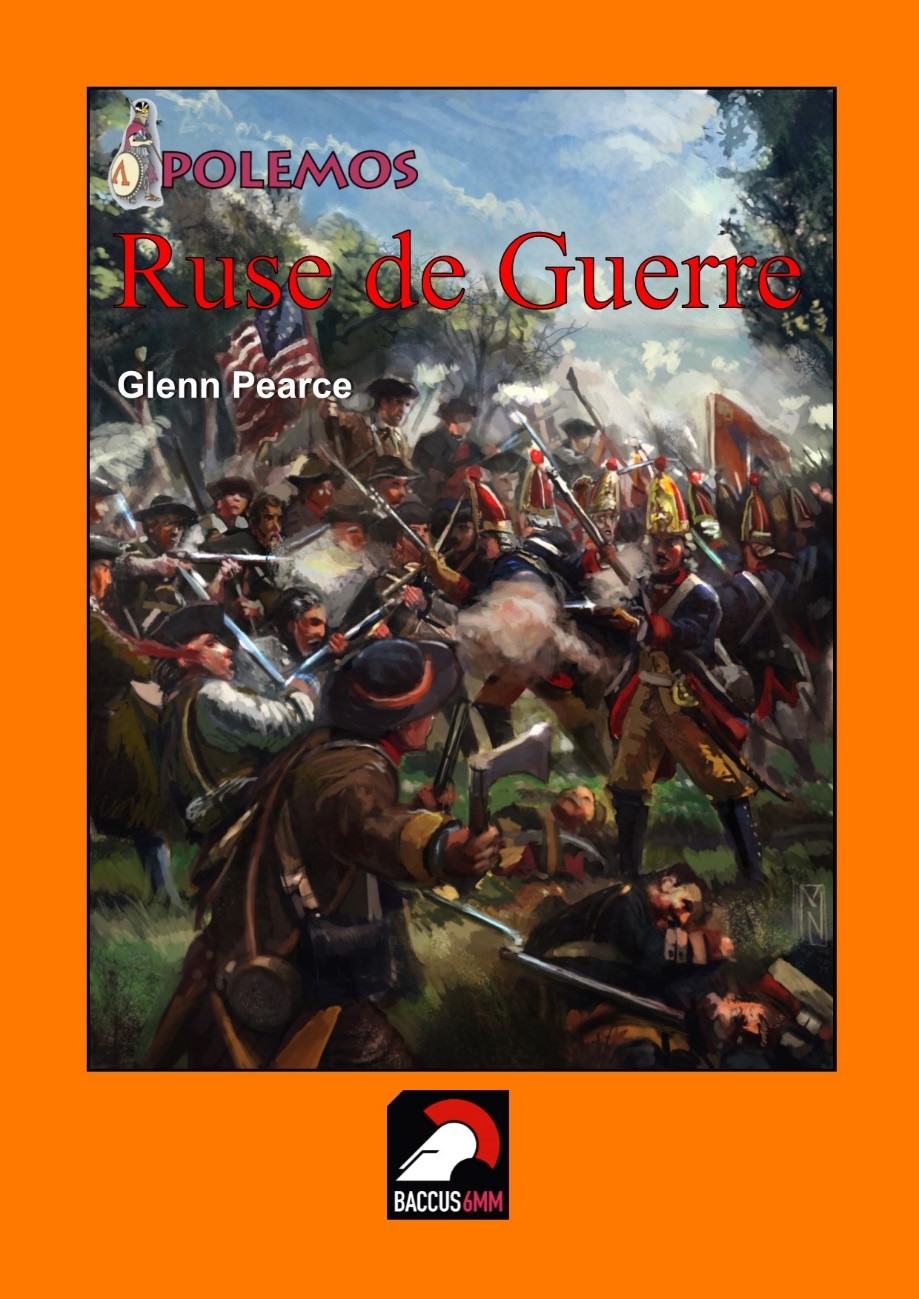 Written by Glenn Pearce, Polemos RDG covers three separate wars in the New World; The French and Indian War 1754-1763, the American War of  Independence 1775-1783, and the War of 1812.  Ruse de Guerre is defined as, ‘a deliberate attempt to fool the enemy in wartime’. Although this has been in the hearts and minds of military men since the beginning of warfare, it became a major strategy in North America. At the battle of Quebec Wolfe used it to draw Moncalm’s attention in one direction while his main force approached from another.

The rules are designed to create a game that reflects the new strategies, tactics and army compositions that evolved during this period, in a Polemos format. They are not intended to labour players with low level tactics that would be the domain of junior commanders. Players are encouraged to adopt the roles of the senior commanders. Your abilities to plan in depth and execute your own Ruse de Guerre, will be rewarded.

Now for the nitty gritty.   Yes, I know that the name Baccus is synonymous with 6mm figures, but as with ALL of the Polemos series, RDG can be happily used with any size, scale, make or quality of figure.   They are also very tolerant of differing basing schemes.  The mechanics are element based using two levels of ‘Shaken’ to determine loss of cohesion and effectiveness, so there is no need for figure removal.   The rules themselves are short, to the point and simple.   You can look at some sample pages if  you just click here to download.

The rules themselves are available as black and white hard copy for £15.00 or in our popular Rules onna Stick format for £8.33 plus VAT.  The latter format includes a full colour version of the rules enhanced for use on a tablet or smartphone along with a printer friendly mono version.    You can also download both sets from Wargames Vault.

We’ve made several changes and additions to our figure ranges to accommodate RDG.     Recent additions to the British and French SYW ranges have included items such as French militia and British Rangers.   We’ve put all of this together and you can now get army packs for both sides. 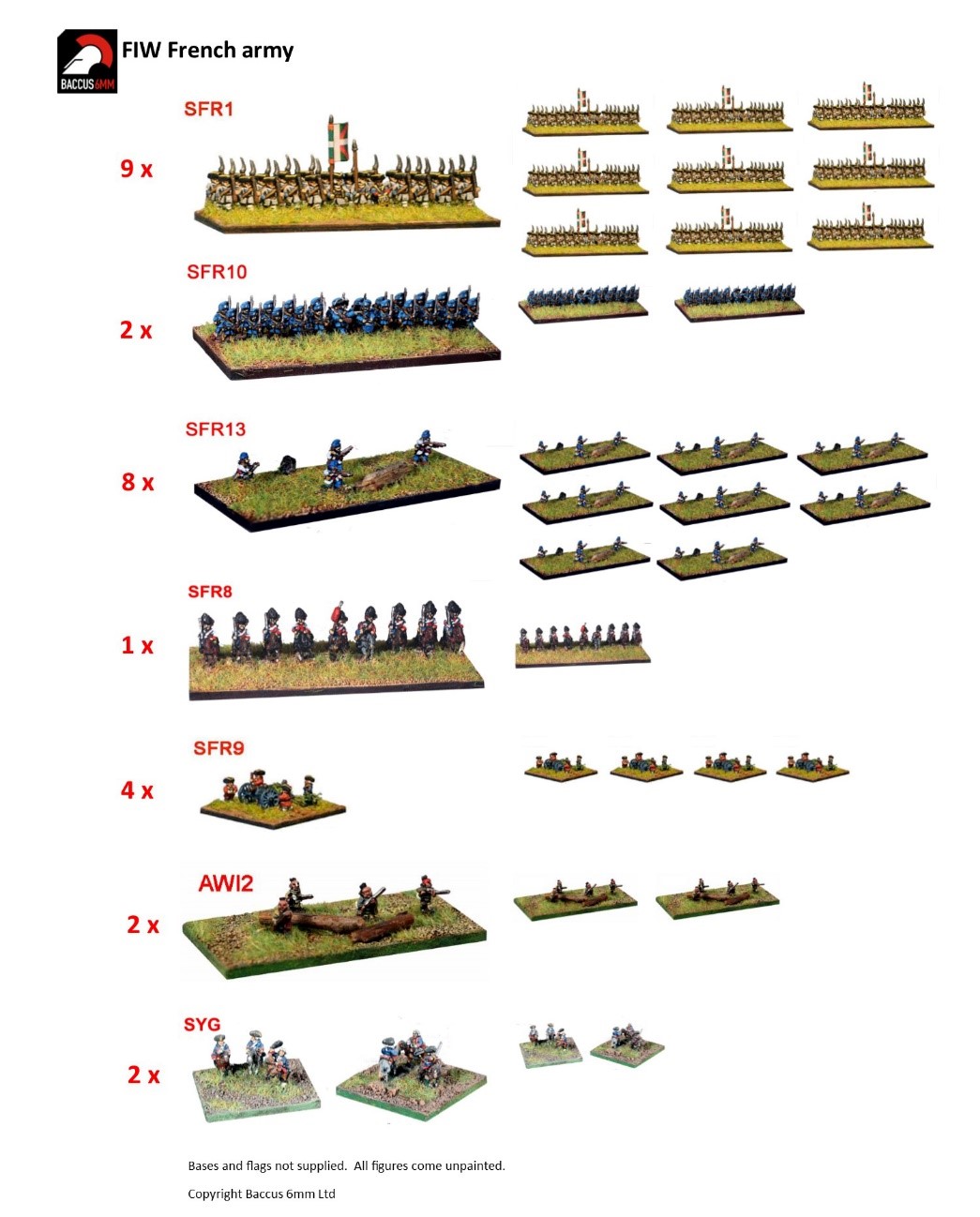 You can get more details of these in the relevant SYW section here.

The AWI army packs have been completely overhauled to reflect the composition and organisation  required by RDG.    As with the FIW army packs, you will be able to use them play any of the relevant scenarios in the booklet. You can find more details here.

For the very first time, we’ve added a couple of army packs for both sides in the War of 1812.   Glenn has very kindly provided a long list of proxy codes from existing Baccus ranges that can be easily used for both sides with a little ‘conversion by paintbrush’. 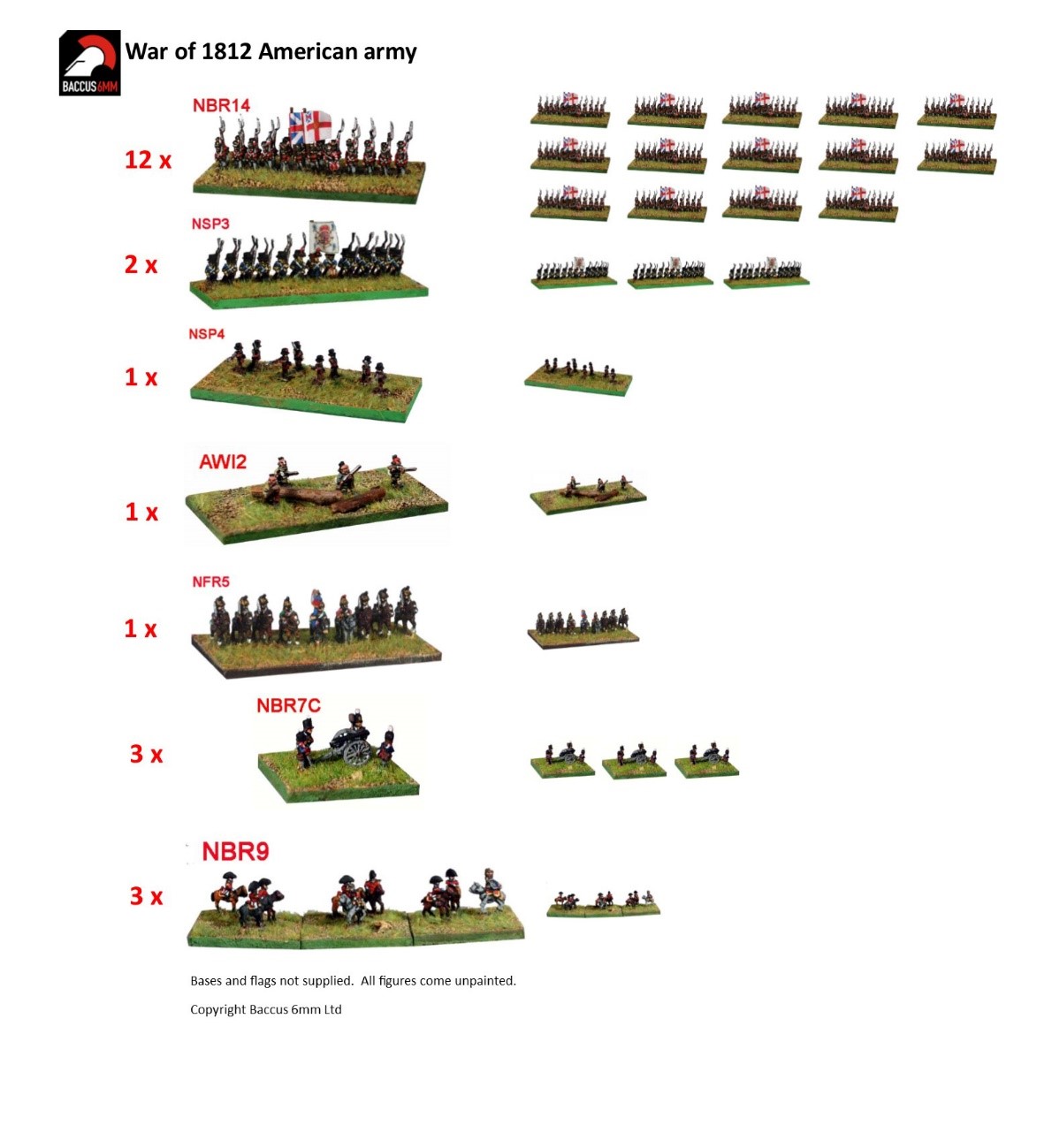 You can find details of the army packs and the proxy codes here.

We’ve been working long and hard on these rules and army packs and I think you’ll find that complement each other very nicely forming a perfect introduction to new periods. 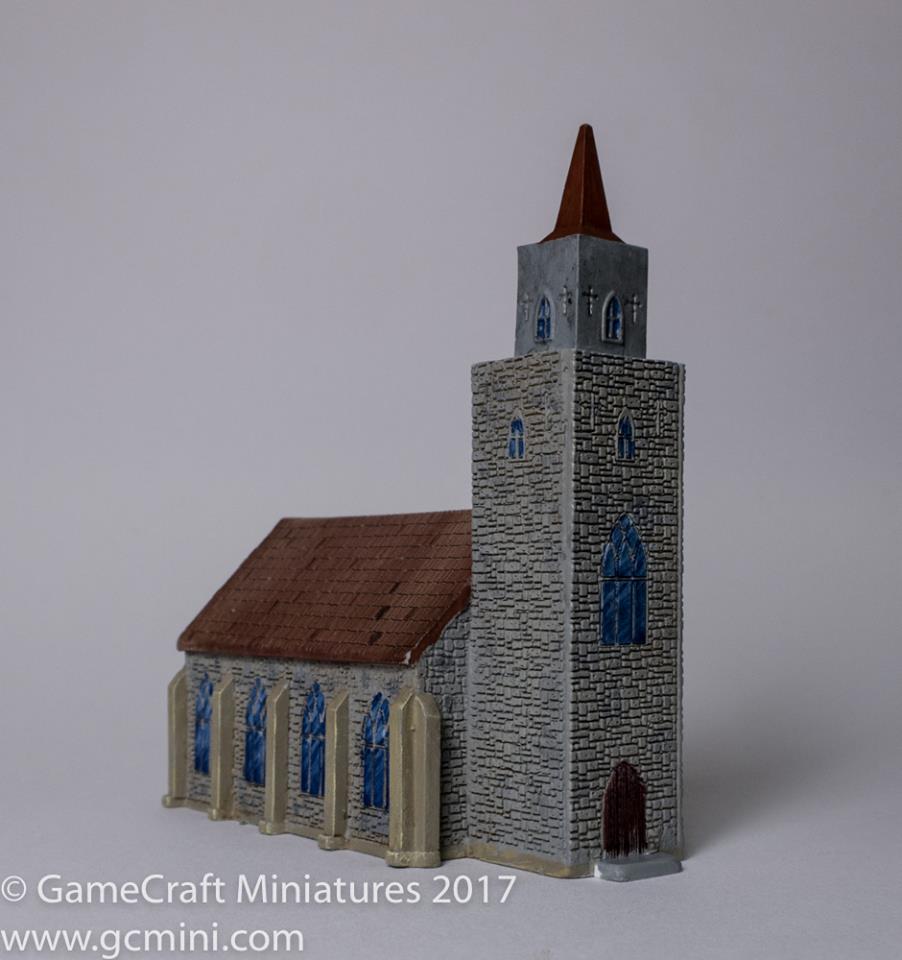 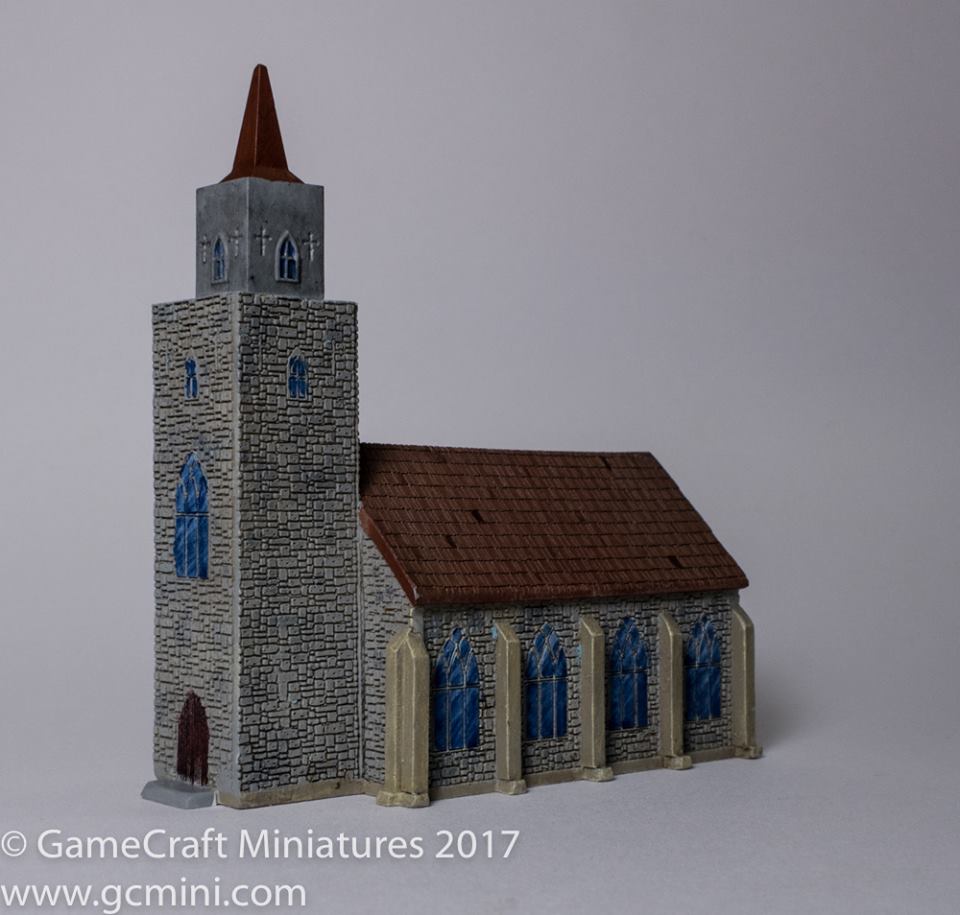 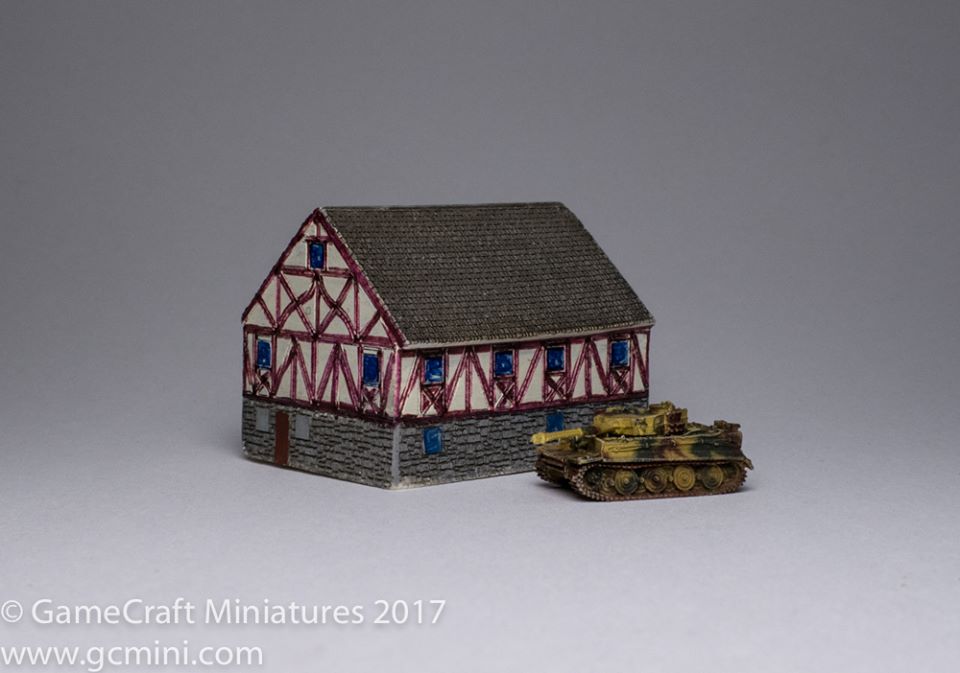 Just as the buildings are very versatile for many periods, not just Legendary Fantasy, the Trees are even more so! 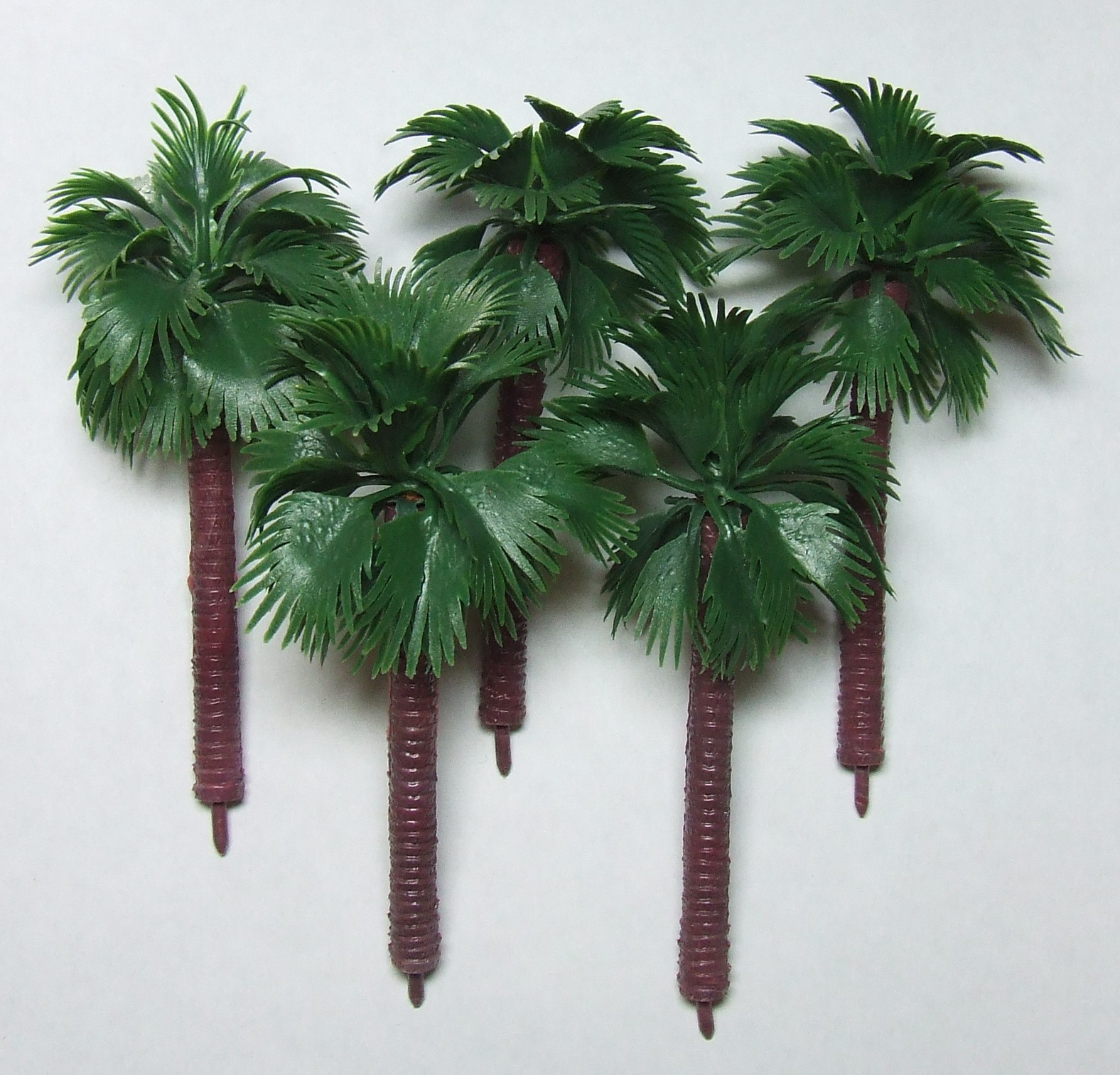 Available to buy in the markets of Simurgh.

We are proud to announce the release of the 15mm versions of the Python and Cobra tracked and hover MBT, Griffon tracked and hover IFV, Rinkhals tracked and hover Multiple Rocket Launcher System tank, and the Arcatinus tracked and hover Point Defense tank.  You can find them in the Dark Star 15mm Sci-Fi page HERE.  And, as an additional bonus, if you are a Sponsoring Member of The Wargames Website you can check this Topic for a discount coupon code! 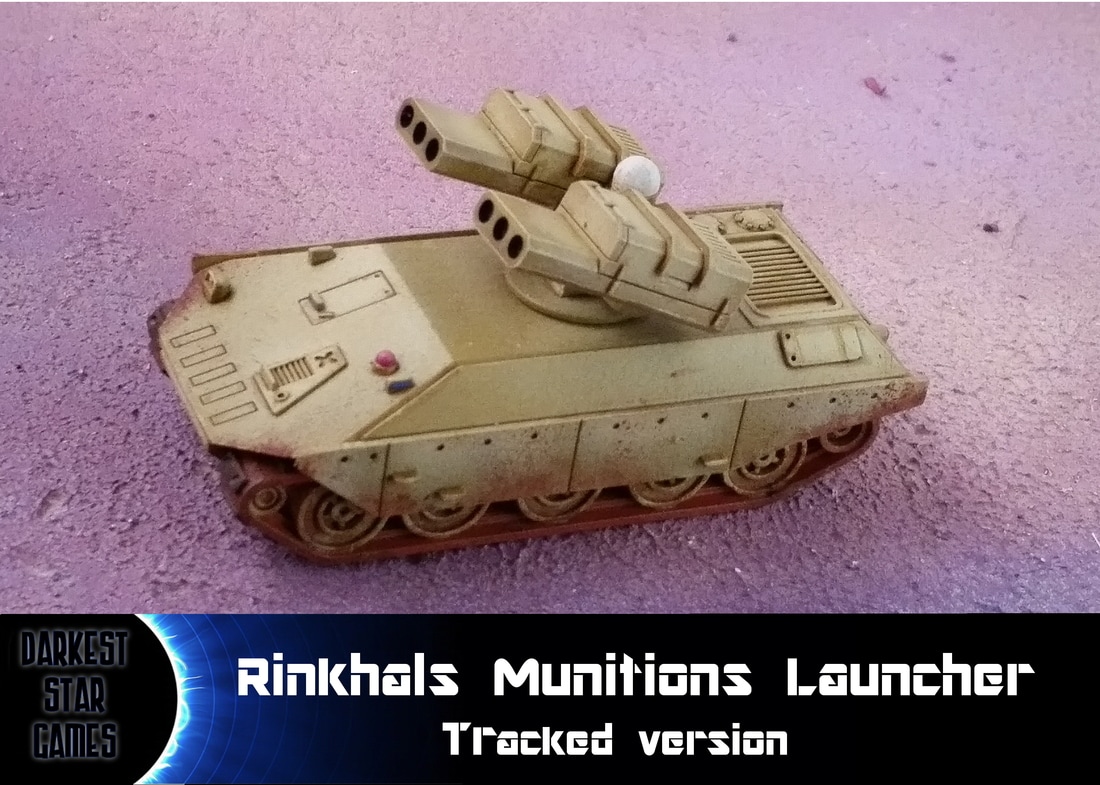 A nice handy little addition for you now, with a useful pack of 16 assorted shell craters added to the website and available to buy!  These can be used in all manner of ways, so whether it's as scenery on your WWI tables or markers in your WWII gamers, these will certainly find a use somewhere.

The craters vary in size from 15mm for the small ones upto 35mm for the larger types. 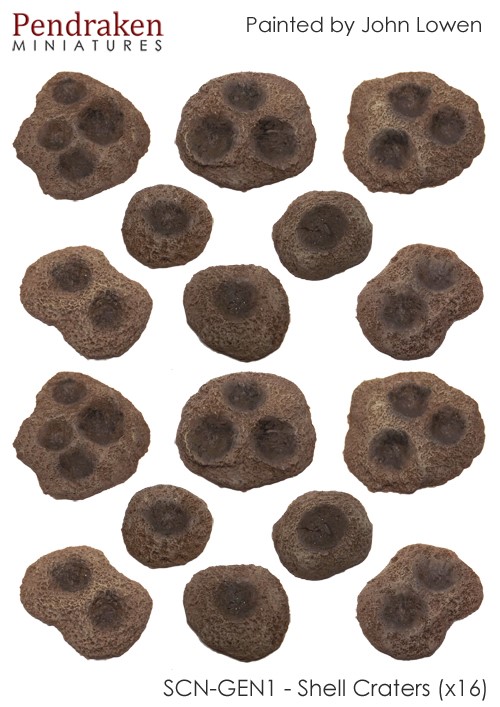