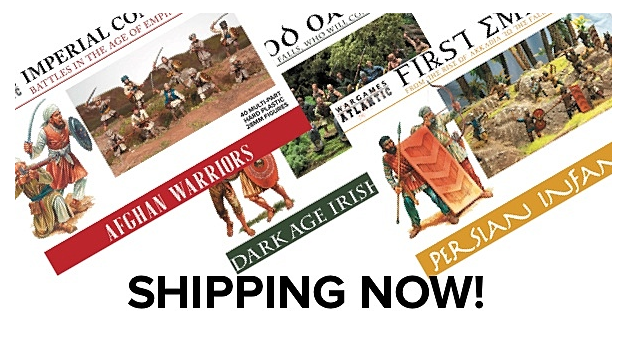 Our three new historical sets are in warehouses in the UK, USA, and Australia and shipping out daily.
Get your order in HERE and they will ship out as soon as can be.

Peter Dennis has delivered the artwork for the Napoleonic Spanish plastic set.
These are moving through our process quite quickly but we have no release date as of yet.
You can see the full artwork by clicking HERE

We ship from warehouses in Australia, the USA, and the UK so we can offer free shipping on any order over $50 USD or £35 GBP.
And because we ship "locally" around the world, you won't have long to wait!

Right now (May 22) all three warehouses are fully operational.
Also, please note UK shipping under £35 is only $4.95 to account for the fall in the Pound.

World War One was known as "The War to End All Wars" and changed the nature of warfare forever introducing mass trench fighting, barbed wire, poison gas, and widespread use of the machine gun.

Our range begins in the Late War period of the Western Front for the years 1916-1918 with the German army... 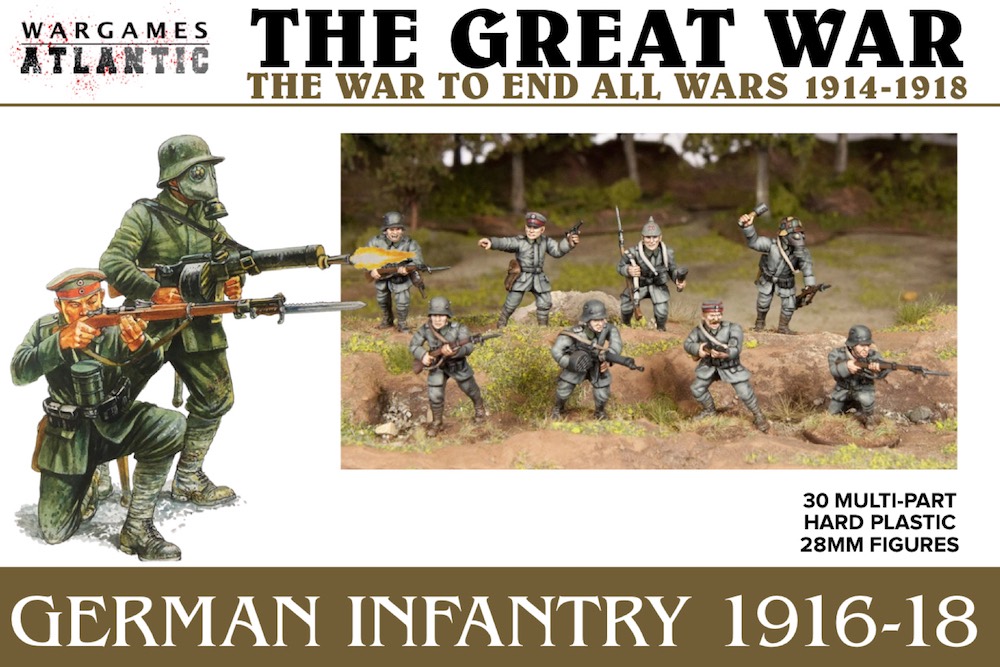 This hard plastic box set allows you to build up to 30 German infantry equipped with rifles, MP-18, MG-08/15, grenades, pistols, and hand-to-hand weapons. We have also included enough heads to outfit every figure with stahlhelm, helmets with gasmask, feldmütze (field cap), or pickelhaube.

Some bodies have been left without rifle ammunition pouches so that you can turn them into officers but there are separate pieces to allow every figure to be a standard rifleman as well. 10 loose grenades per sprue so you can go full-on trench raiding!

Now on pre-order for June release with special offers on the website including:

Besides lucky Australia (and New Zealand) where they are already in stock and shipping out, the US and UK warehouses will soon have 5 new hard plastic 28mm sets from Wargames Atlantic.

Visit the website to see painted figures, sprues, and put in your order.
All three warehouses are up and running and shipping out website orders and shipping is free for any order over $50/£35 worldwide. We are pleased to announce that along with the Persians, Afghans, and Dark Age Irish we will have two other new plastic sets arriving in late April/early May in our Australian, UK, and US warehouses: Fauns and Centaurs!