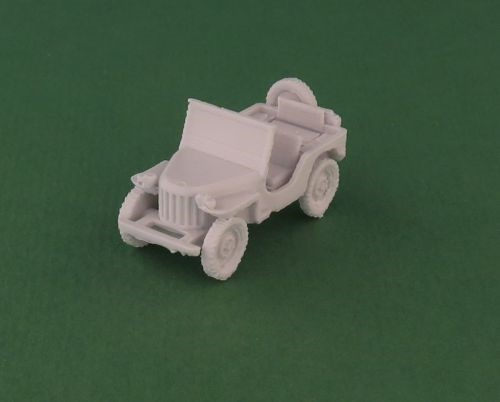 The forerunner to the Willys jeep, most of those produced were sent via lend-lease to the UK and Russia 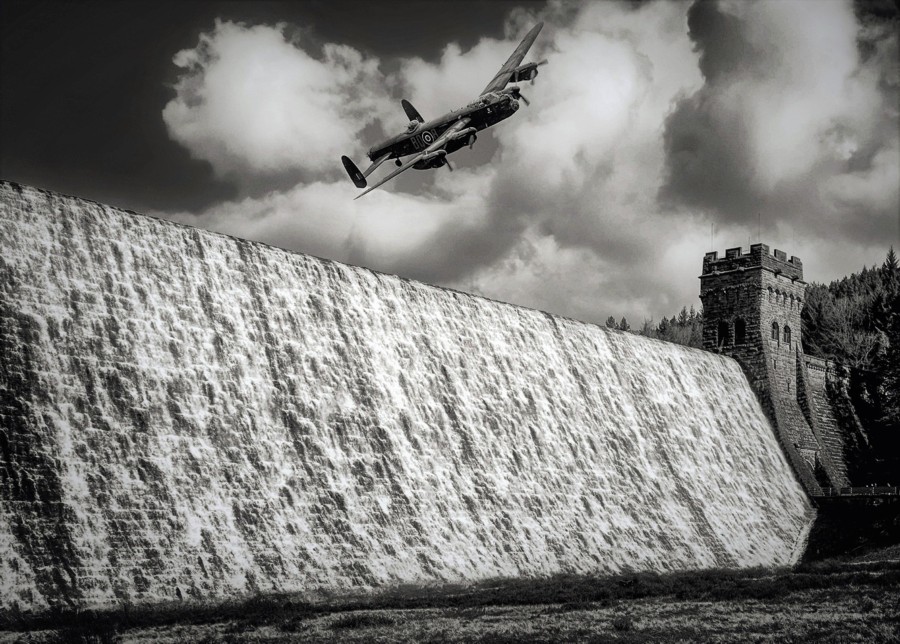 Five men from the village of Barford in Warwickshire went to war. Only one returned.

Can you work out the full name and rank of each man, when and how they died, and at what age? 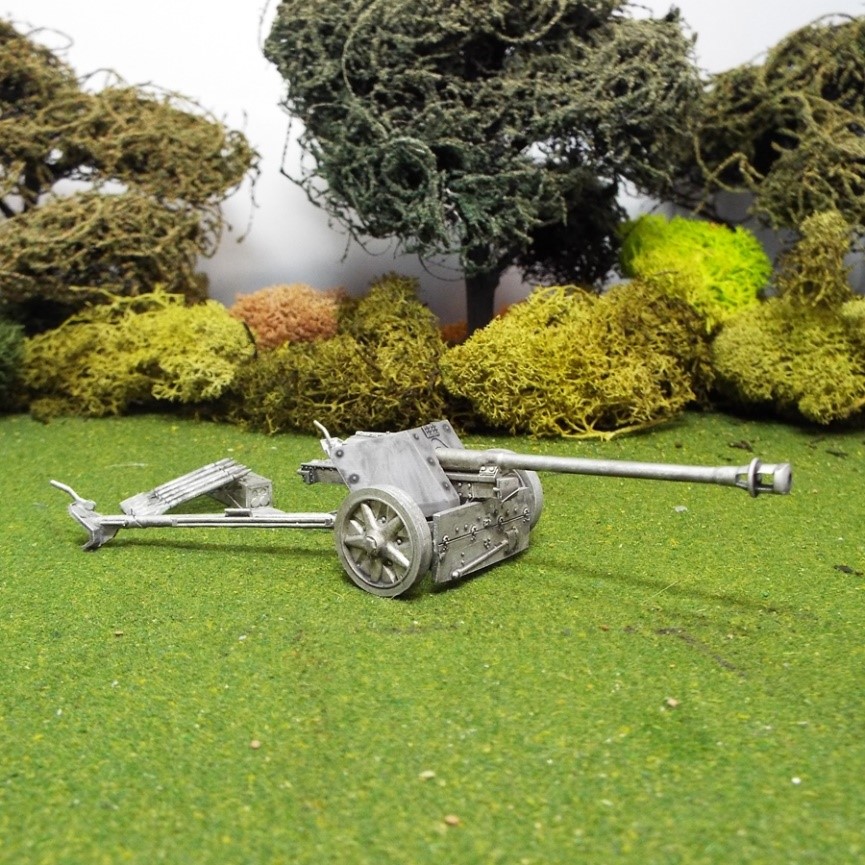 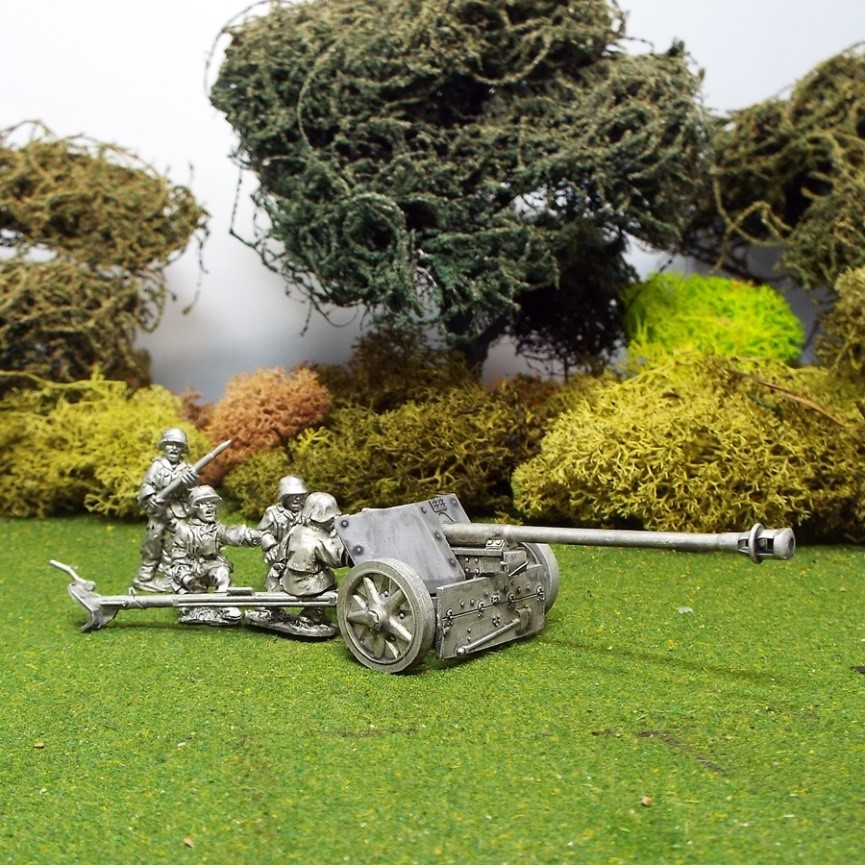 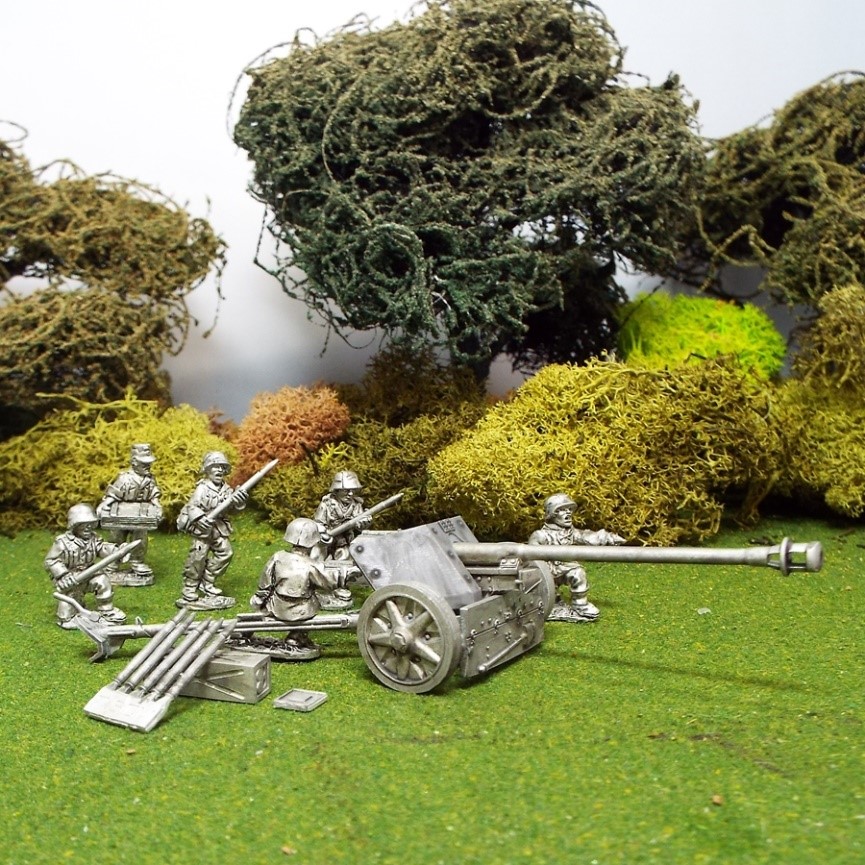 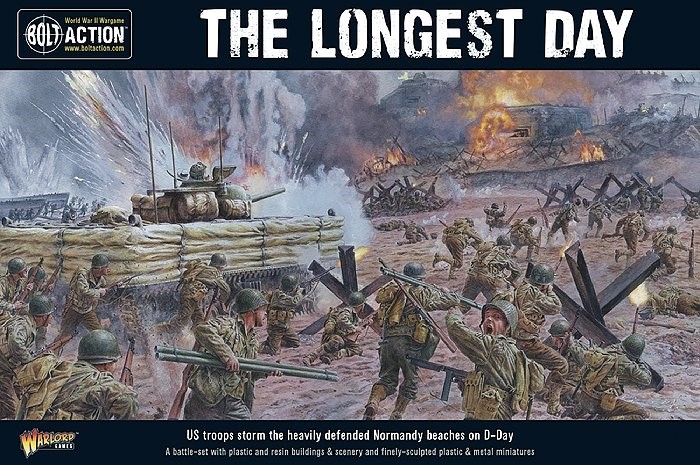 Today we have all the new D-Day releases for Bolt Action from Warlord Games.
The new Operation Overlord campaign book is over 200 pages of history, campaign scenarios, new theatre selectors, special rules and more.
Also new for D-Day are several new infantry packs and scenery items you'll need for your D-Day invasion games.

You want everything in giant box? 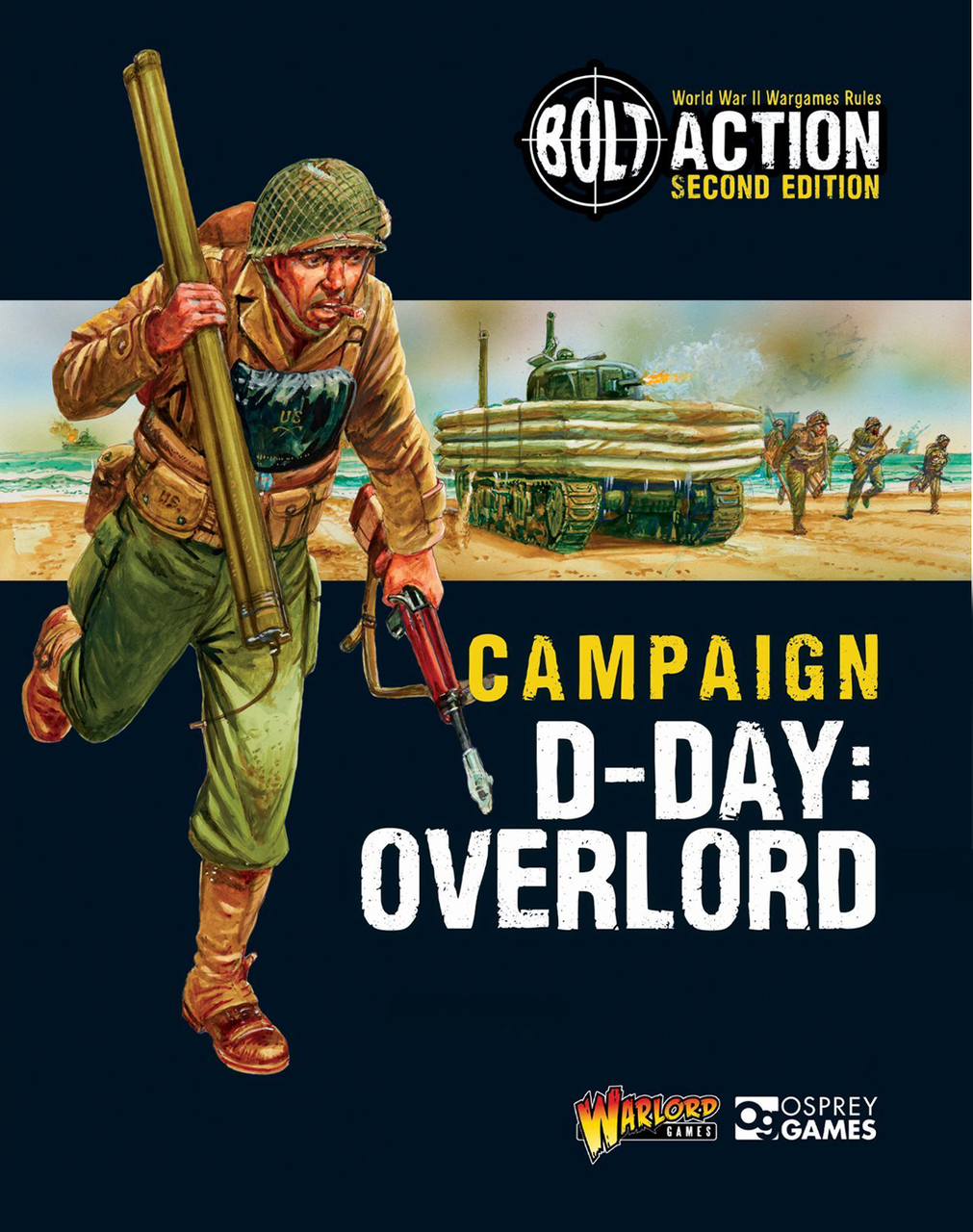 As the anniversary of D-DAY approaches we thought that we'd jump on the bandwagon and use it as an excuse to remind you all of the thousands of print on demand WWII campaigns studies, maps, equipment and vehicles manuals, Official War office accounts from the Ministry of Defence and RAF Hendon Libraries, all mostly uniquely from us. Click on the CALIVER RESEARCH LIBRARY button on the Splash page.

For you Cult TV and film figure gamers and collectors , we are very pleased to announce that we have bought the ROGUE MINIATURES range of figures from that fine chap, Andy Kinnear. We have added it to our existing WAYNE's WORLD OF WONDER range as it fits in rather nicely. Please have a look at Rogue Miniatures / Wayne's World of Wonder The figures will be added over the next day or so

H27374 D DAY : 30 CORPS BEACHES / - A2 pull out bound pck reprint colour map The map shows 30 Corps beach from Omaha Beach (US) in the west to east of Bernieres sur Mer together with the beach code names and the corps boundary. Also includes Bayeux and Caen. £11.99

H27375 79th ARMOURED DIVISION - INNOVATION IN THE FACE OF ADVERSITY: Maj. Gen. Sir PERCY HOBART AND THE D DAY FUNNIES / - Daniels, Maj M J 105p Large format facimile reprint. It looks at the reasoning behind the formation of 79th Armoured Division and its use in the invasion of Europe in 1944 and subsequently in the defeat of German forces in the west. Illustrated with photographs, maps and schematic £13.50

H27376 OPERATION NEPTUNE - LANDINGS IN NORMANDY / - Naval Historical Branch Mint paperback reprint of a 1947 publication. 188pp.: This is the official account of the operations of the ~Royal Navy to move and protect the landing forces for the operations in Normandy that began on 6 June 1944 - Operation Overlord. The naval operation went under the code name Neptune. It includes details of the planning and preparation for the operation, plans and orders, training and rehearsals, and the passage across the Channel and finally the post assault period and the end of the operation (for the RN) on 3 July 1944. Includes all the maps and charts published with the original. Of great interest to all naval historians and to those wanting to complete the story of this, the greatest amphibious assault of the Second World War. £30.00

H27377 ROYAL ENGINEERS BATTLEFIELD TOUR, Vol. I: NORMANDY TO THE SEINE / - Chief Engineer, BAOR Mint paperback reprint. 222pp. This first volume of two gives details of all operations by the Royal Engineers during D-Day and up to the Seine crossing at Vernon. It covers I Corps plans for the assault, operations of 6 Airborne Division, the assault by 3 British Division, bridging the Caen Canal and the River Orne, the construction of airfield in France, the capture of Le Havre and the Seine crossing at Vernon. There are many maps and photographs in the book which enhance the sheer pleasure of reading this wonderful account. As with Volume II of this set, readers are strongly recommended to dig deep and get copies. £54.50

H27379 12th ARMY/ FUSAG: THE PROGRESS OF OPERATION OVERLORD / - 12th Army 80 maps showing the development of the D-Day invasion from 6 June 1944 for eighty days - until just after the closing of the Falaise Gap. Each map shows the locations of Allied and German forces (to divisional level) at either 1200 or 2400 on the day. Further there are intelligence summaries on each map showing German divisions expected in the area and those German divisions that are at less than full combat strength. An important set of maps which enable the user to follow the progress of the Allies in establishing the bridgehead and then making the breakout. £400.00

H27380 BEACH OBSTACLES IN NORTHERN FRANCE 1944 / - Chief of Engineers, US Army; Mint paperback reprint of a 1944 publication. 26pp.: An American report (from mainly British sources) of beach obstacles (with photographs) at St Malo, Dinard, Mont St Michel and Cabourg. Of great value in that it shows the obstacles in place, whereas many in the actual invasion area were either destroyed or dismantled. £6.50

H27381 D-DAY: I Corps BEACHHEAD area / - 2 x A2 sheets to make 1 A1 Map. The map shows the complete beachhead area for I Corps from La Riveire in the west to Houlgate in the east and goes south to below Caen. Overprinted with beach code names and Infantry Division Group boundaries. £11.50

H27382 D-DAY: OPERATIONS 7-16 JUNE 1944 / - War Office Mint paperback reprint of a 1947 publication. 394pp. This volume continues the story of the D-Day operations from 7 to 16 June. It covers 21 Army Group, 30 Corps, I Corps and enemy reactions to operations. It also gives details of the colossal administrative tasks involved to land reinforcements and supply and maintain the landed troops. This is another volume in our very successful series of CAB papers reprints, and is complemented with other papers relating to D-Day and subsequent operations. INCLUDES 10 A3 pull out colour maps. £54.00

H27383 NORMANDY: THE LODGEMENT AREA / - A1 COLOUR MAP The map covers the Normandy area south to below Falaise, in the west to Omaha Beach area and in the east to Trouville. Shows all locations and the important topography of the inland area. £11.00

H27384 NORMANDY BATTLE AREA / - A1 ful colour map A general topographical map of Northern France showing the area from Brittany to the east of Paris, and as far south as Nantes and Tours. With scale and main roads and railways £11.00

H27385 D-DAY: GERMAN OPERATIONS / - Canadian Staff Officers Mint paperback reprint. 174pp. German reaction to D-Day and subsequent operations. This is a complete record of all German reactions and operations on and after D-Day compiled from original German records and War Diaries. Contains a wealth of information on how the Germans reacted on D-Day and afterwards, with input from all personalities involved including Hitler and his most senior commanders. 174 A4 pages. £25.00

H27387 BATTLE of the Catalaunian Fields AD451: Flavius Aetius, Attila the Hun and the Transformation of Gaul / Schultheis 260p. mint hbk. illus in colour Tactics, location and a new look at the Hun army £21.50