Latest releases for our 28mm Normandy range of prepainted building kits is a farm set of 3 buildings. 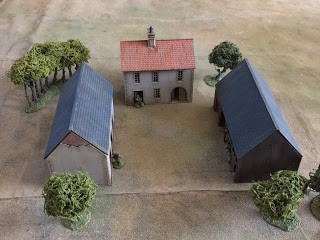 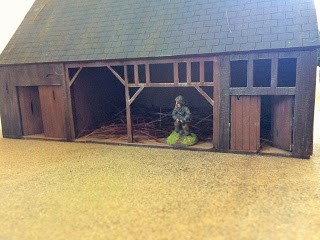 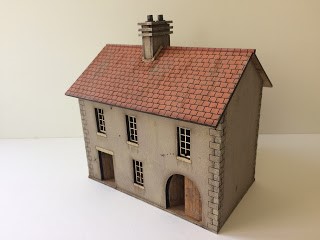 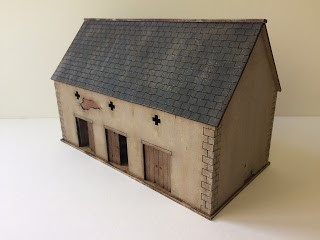 More images can be found on the blog

This model is available now. Please also check out our sale page for some bargain sets.

This release should be a useful one for a variety of games and periods, basically anywhere that you'd have found wooden houses and fire!

There's two slightly different types in the pack and the chimneys are separate pieces so you can choose whether to put them in or not. The left-hand ruin measures 70x50mm, and the right-hand one is 75x50mm. The chimneys are 30mm tall.

These are based on a variety of period photos which show burnt out buildings like this with the chimney left intact. With the chimneys left off though, these could do service almost anywhere really. 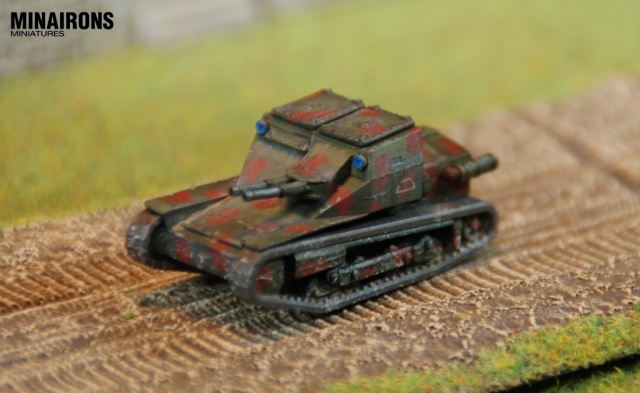 The sample whose pictures you're watching has been kindly painted by Ferran Vilar, a member of FOW Tarna  wargaming club of Reus town (Catalonia). 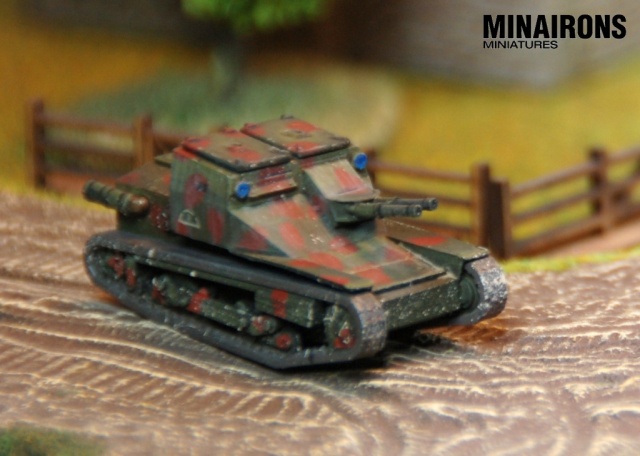 We have for once released this new model kit under our "reinforcements" program first (that is, as a single model sold in pack), prior to launching its 2-models boxed version. This is due to some delay experienced during Winter by the Italian tankers intended to accompany the boxed set. Good news though: this is their current sculpting status, right today: 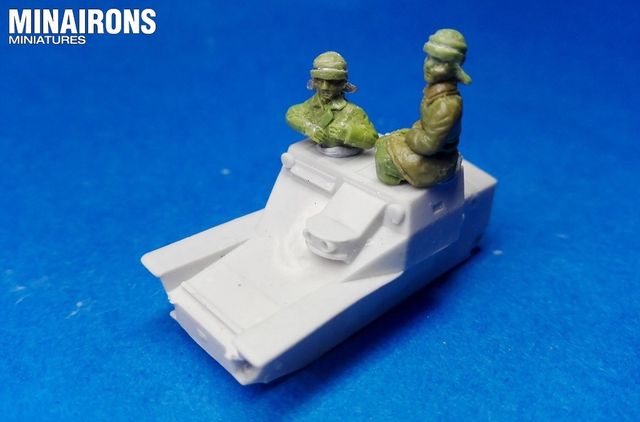 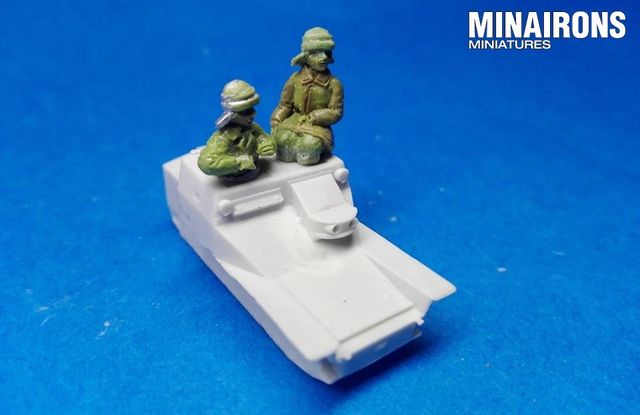 Check out this new release from GCmini.com. This is a 28mm (1/56th) scale Tudor style house that's been hit by a bomb or two. This model is perfect for any WWII wargame such as Bolt Action.

Model features removable upper floor and removable roof/attic section making the model very easy to get troops inside and back out again. 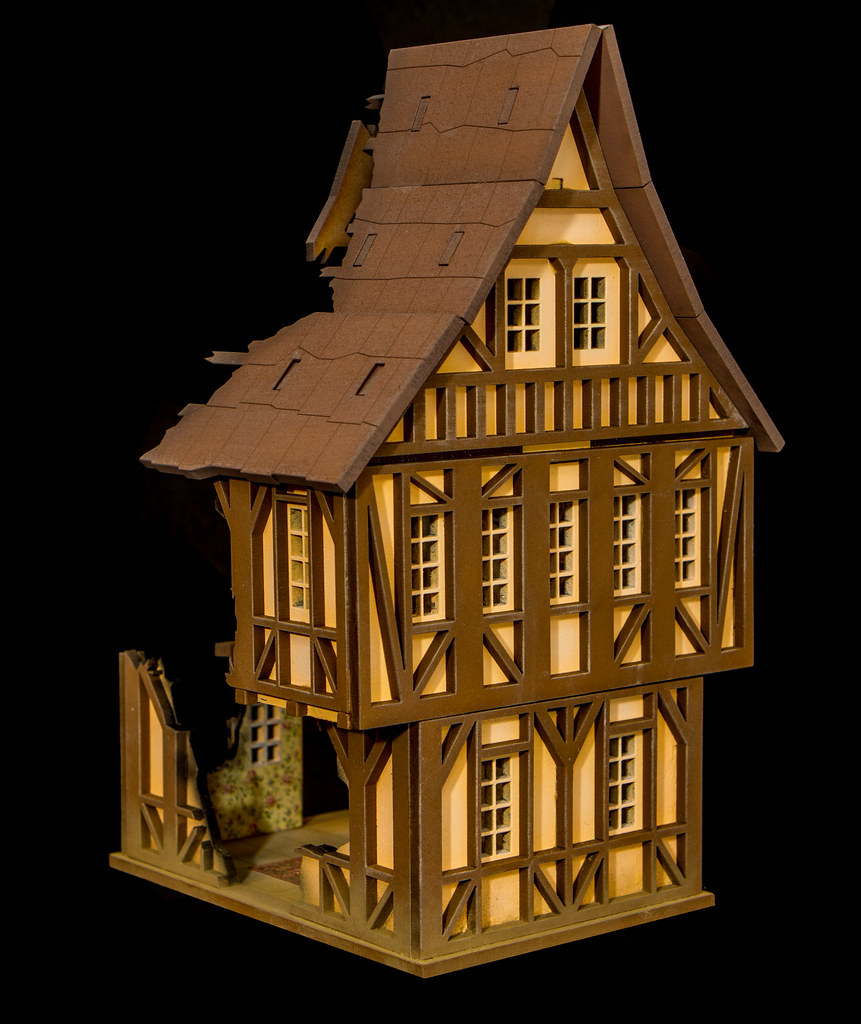 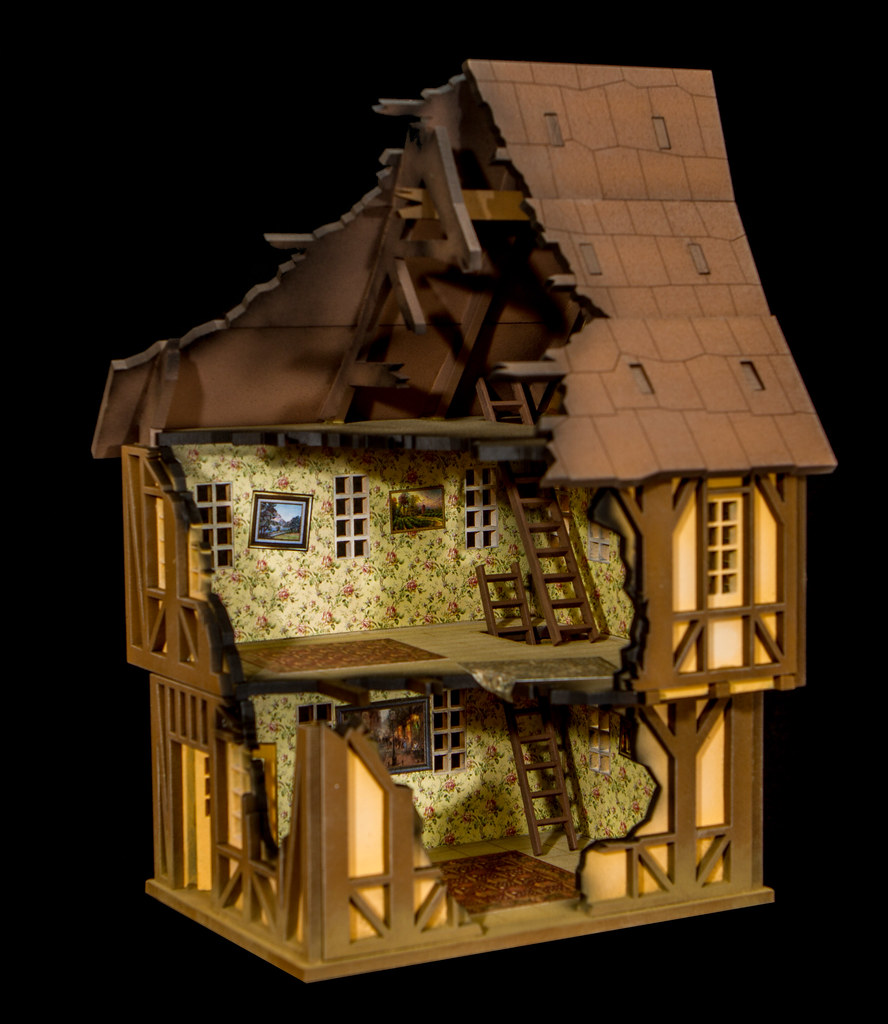 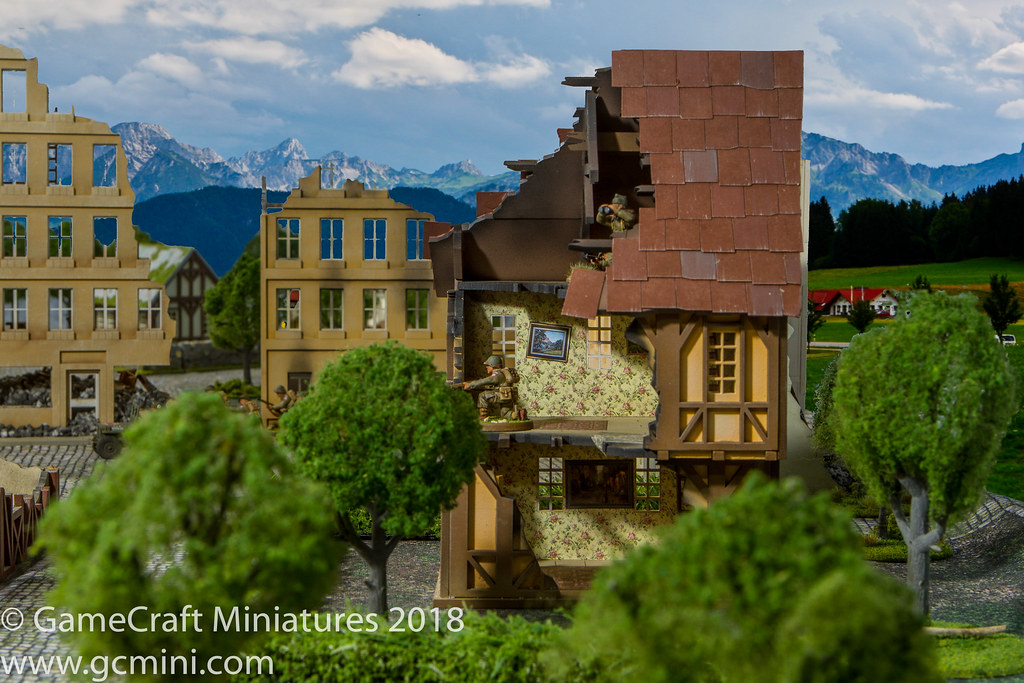 This model is kit number 28MMDF620 and is available now at GCmini.com

We've got another 20 releases in our 20th Century ranges!

Firstly, we're continuing to revamp some of our older WWII models and next up is the British Cruiser series and the German Panzer IV's.  On the Cruiser side we've replaced the original A9, A10 and A13's, as well as adding another 5 variants as well.  For the Panzer IV's it's a straight swap of new for old, as well as the StuG IV and the Brummbar as well.  Moving forward we'll be replacing the Nashorn, Hummel, Mobelwagen, Wirbelwind and Ostwind.  Also for the Germans we've revamped the Jagdpanther IV L70 and also added a new Tiger I with zimmerit.

We've got a quick addition to the American range as well, with some Sherman field armour pieces available in the Misc section.

And finally we've added the Panhard AML 60 to our Modern vehicles range.

GRV111 - Tiger I with zimmerit