I would like to take a closer look at a recent review - the highly anticipated plastic American Civil War Artillery by Perry Miniatures. 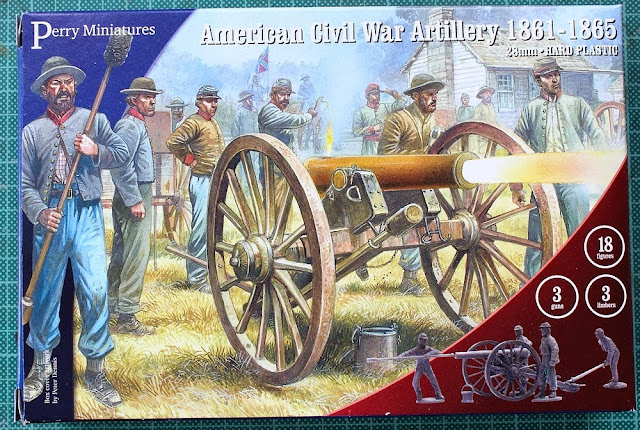 The front of the box is of the classic Perry Miniatures design. Kind of sombre, with excellent artwork in the centre of attention, displaying a Confederate artillery piece and (cleverly) showing six crewmen standing around it with a lot more people in the background. It basically shows what's in the box, yet it's nice looking.

Building instructions for the guns on the back of the box, along with some painting suggestions for Confederates and Unionists. 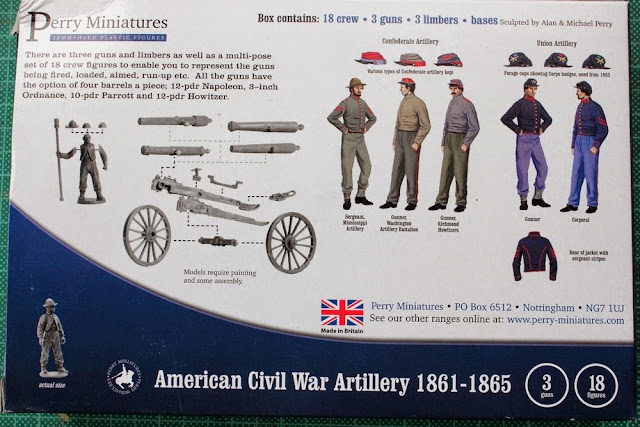 This box is packed with plastic goodness. Three double-sprues for guns and limbers, three crewmen sprues and a bunch of bases (three 100mm x 50mm bases, four 50mm x 50mm bases) and of course an info sheet. Let's take a closer look at each of the components one after another. 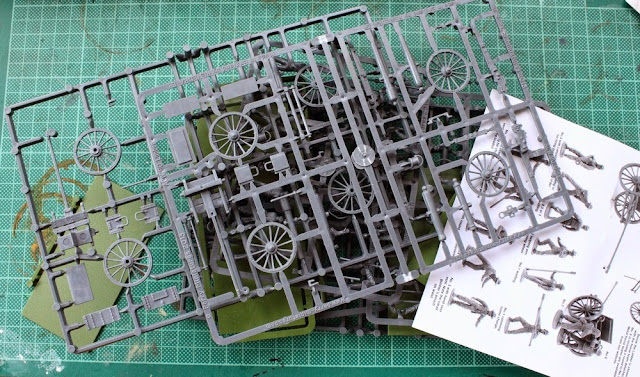 The gun/limber sprue is the heart of the set. Three thereof in the box, everything you could ask for is in there: 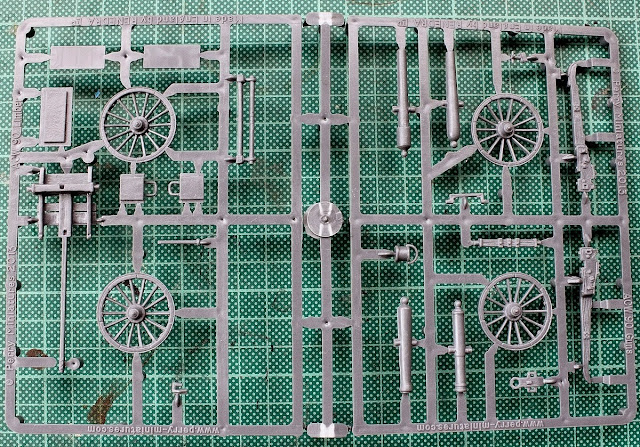 The frame of the gun is eight parts plus the gun's barrel. As you can see each gun comes with four different barrels: the 12-pdr Napoleon, 3-inch Ordnance, 10-pdr Parrot and 12-pdr howitzer. 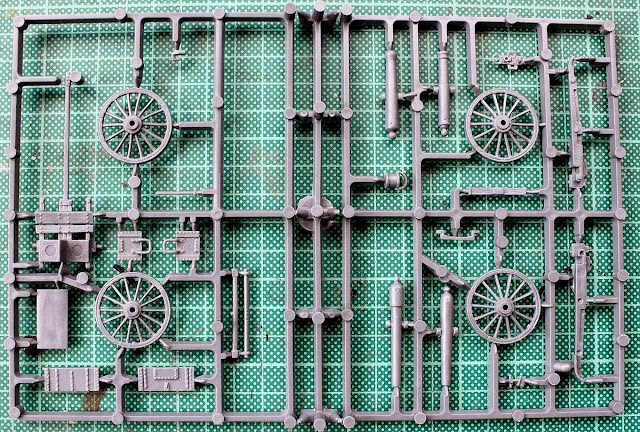 The limber doesn't come with a driver or horses. It would have been a really cool addition to the box but there probably just wouldn't have been enough space in the standard boxes and apart from that pretty much right after the release of this set the Perrys announced horses and crew sitting on the limber if you want your artillery to be on the move. Another thing on the sprue: The obligatory artillery bucket.

To Read The Rest Of The Review Head On Over HERE

28mm historical News talkwargaming
This entry was posted on Thursday, May 23rd, 2019 at 10:01 and is filed under News. You can follow any responses to this entry through the RSS 2.0 feed. You can skip to the end and leave a response. Pinging is currently not allowed.