New this week are three German spaceships, replacements for older models. The new versions all have resin hulls with metal parts, so are easy to assemble and base. 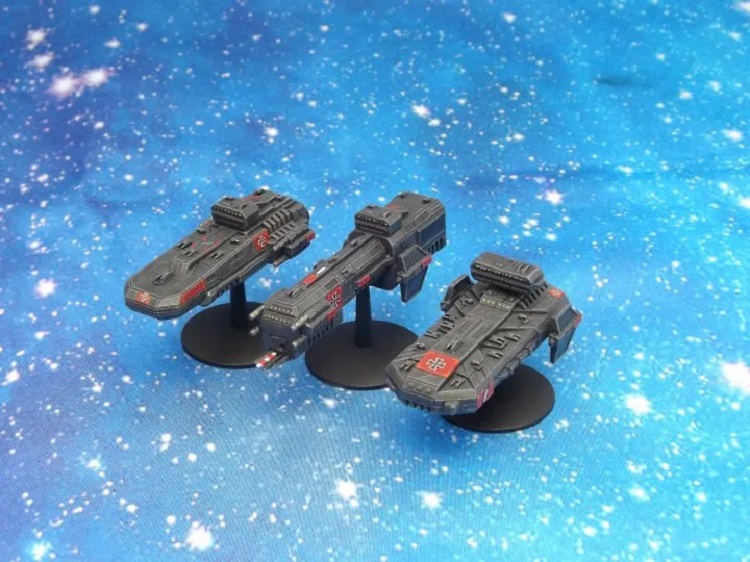 The three ships are the Magdeburg battleship and the Dortmund and Thüringen battlecruisers, which join the existing Pomerania dreadnought and Zugspitze carrier. Each can be found in one of the three German Squadron packs; the Magdeburg is in the Fleet Pack, the Dortmund in the Patrol Group and the Thüringen (two of them) in the Heavy Squadron.

Brigade Models New Release Sci-Fi
This entry was posted on Saturday, March 26th, 2022 at 17:45 and is filed under News. You can follow any responses to this entry through the RSS 2.0 feed. You can skip to the end and leave a response. Pinging is currently not allowed.