The First Of TWW’s Product Reviews

Yes, it is true, I am looking at doing reviews of gaming products as part of the offering here at The Wargames Website.
Now to fair, this is a preview rather than a review, as the actual game is not out yet and as such only a small sampling was available to play, however having said that, I think you will find it is a pretty comprehensive p/review all the same.

We kick off with OGRE the Video Game by Auroch Digital. 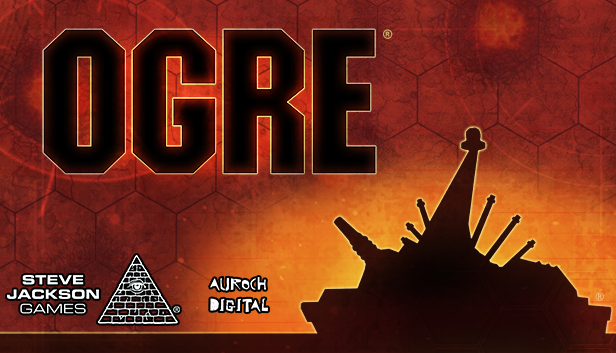 Where to Buy   STEAM

Many, many moons ago, way back when computer screens only came in green, I was in the middle of nowhere, Alaska.   My family was visiting some friends and having a bit of an adventure, and was talking about fun games with the son of our host.  We discovered that we both enjoyed several of the same games, and Steve Jackson’s OGRE was among them.  Now, I hadn’t brought my game along because I didn’t expect to have anyone to play with out in the wilderness, but it turned out to be ok because he had an Apple computer and the very first OGRE video game!  Imagine my delight as we played each other and against the AI well into the sunny night.  It was a great program because you didn’t need a human player.  The video game was primitive compared to modern fare, but a real blast for my sub teenage self.

Fast forward to more recent times.  New editions of the venerable boardgame have been produced, Kickstarters launched and funded, and LO, IT IS GOOD.  But the old adage stays true that sometimes you just don’t have an opponent, and that’s no fun.  But now SJ Games and Auroch have come to our rescue!  No, it’s true!

So the game… let me start by saying it is gorgeous!  Fully rendered 3d vehicles that change their facing depending upon which direction they are heading, glowing magma filled craters, and craggy crustal ridges fill the landscape and they look great.  All of the classics are there, the GEV, Super Heavy Tank, Mobile Howitzer, Infantry and more.  The demo mission only allowed the commanding of a classic Mk III OGRE, but I know there will be many other models to choose from in the full release.

“Ok, that’s great, but how did it play?” you ask?  Well, it played like OGRE.  If you like to play OGRE, then that is a very, very good thing!  (If you don’ like OGRE, why are you even reading this?!?!)  I played both attacker and defender sides several times, and each game was slightly different based upon the defender selection of unit.  The mission begins with the defender placing the Command Center within the defender deployment zone, then purchasing and placing units to counter the expected assault, in this case there was 20 points to spend on vehicles and another on Infantry.  Once the defender is placed, in comes the OGRE!  (and the crowd goes wild “yaaaaaaaay!”)

The sides alternate turns, with one moving then firing, then the other side has it’s go.  True to the tabletop game, GEVs move at the beginning of the turn then again after firing, if they survive.  Selecting units to fire during the combat phase is slightly different than other games, with the firing player first selecting the target vehicle, and if an OGRE then the system that is being targeted such as the treads or main gun, etc, and then the units firing on that particular location are selected.  Much like the board game a dice is then shown being rolled and explosions and sparks ensue!  The result of the attack appears in text in the upper right hand corner, and I found this to be a bit difficult to follow at times.  A more central location would be a much better place to be able to follow the pounding your monster is taking.  Not a deal breaker but a bit inconvenient.

One of the nice things about the appearance of this game comes into play here, because as your OGRE loses weapons you can see their nice shiny barrels become mangled wreckage on the model.  Even though there is a mouse over transparent overlay that shows how you are faring this is a very nice touch.

Now, there is a recovery phase of the turn where damaged vehicles make a roll to see if they recover and can get back to regular play but I only had one vehicle recover over the course of 10 games and it just “happened”, as opposed to seeing a dice tumble as occurs during combat or some kind of notification popping up.  That just may not have been something ready for the early access demo, so I will be watching for it in the full version.

I did run across a couple of things that were not fully fleshed out yet, such as the info screen of some of the vehicles showing them to be GEVs that cannot ram because they had fired during the combat phase, even though it may be an infantry unit and the turn just beginning.  None of the things encountered had an adverse affect on game play.

The good and the bad:

Dude, you’re playing OGRE, and can play against a human or the AI!

Infantry are satisfyingly squishy when run over.

Plethora of vehicle units to choose.

The OGRE is big and scary but not invincible.

You have the option of escaping your OGRE off the deployment edge, so it’s not just a slugfest.

Just enough in-line animations to get the action across, doesn’t go overboard.

Having only one sound bite for when you select a unit became very annoying (how many times can you hear “bonjour” before it grates?)

AI infantry could bunker up but not player controlled infantry.  Might not yet be implemented.

There is a game timer that is independent of the game turn.  Not quite sure what this is for.

The random number generator is truly random, though I did feel I rolled an awful lot of 1s and 2s consecutively (once wen 4 whole turns without causing any damage to the OGRE, that hurt).

Overall I am very pleased with the experience of this latest OGRE video game even though only a single mission.   And believe me, I tried to find flaws with the game play, but it stays pretty darn faithful.  If the full release includes a campaign, large mission variety, different environments to trash and OGRE on OGRE action it will be a big winner in my book. 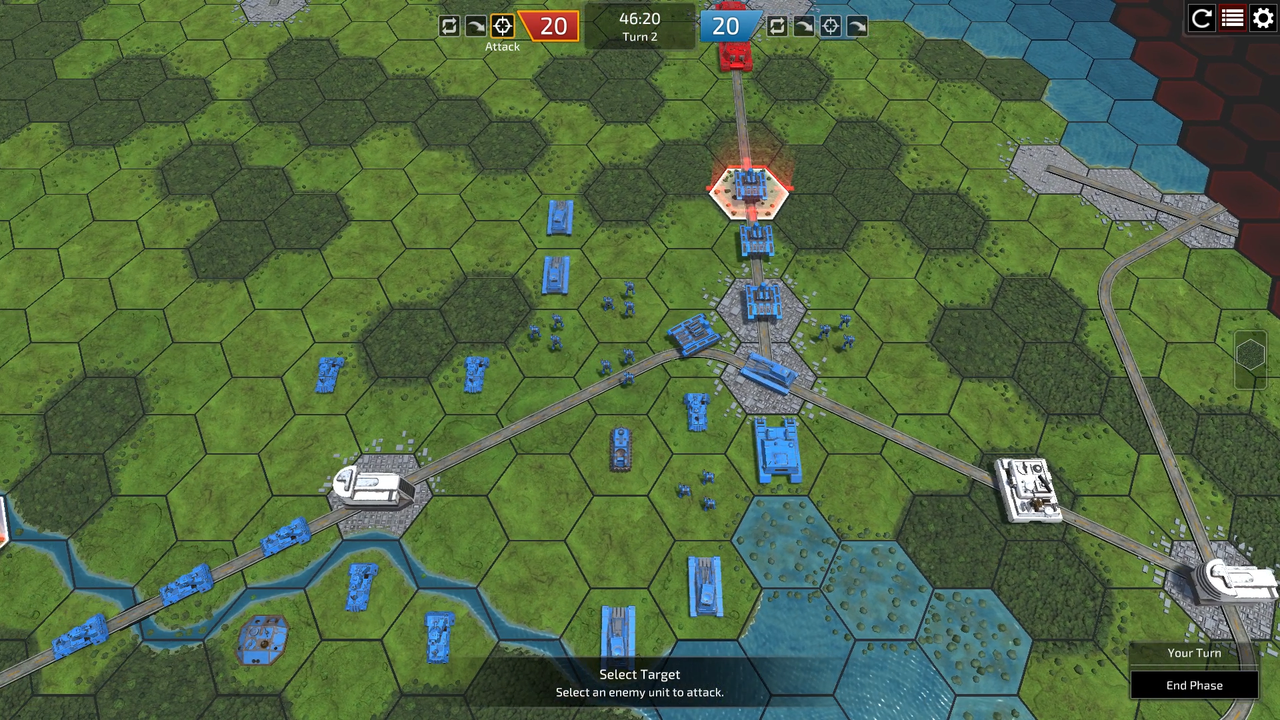 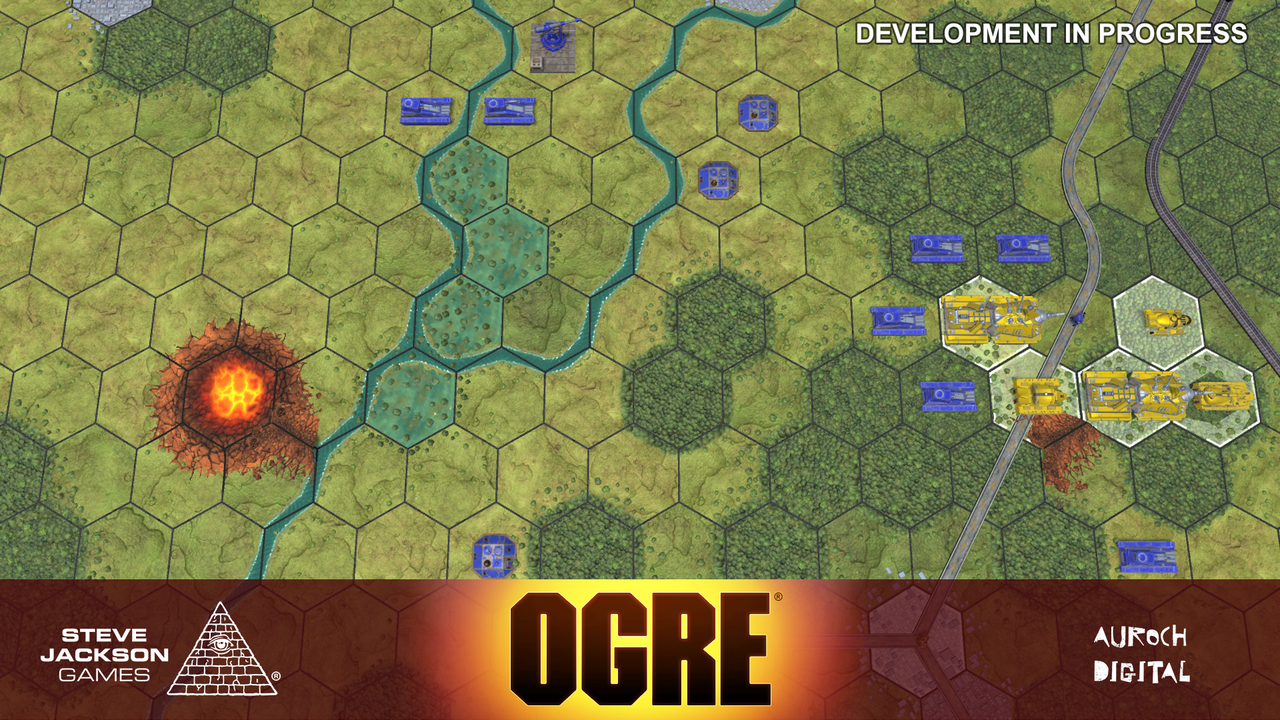 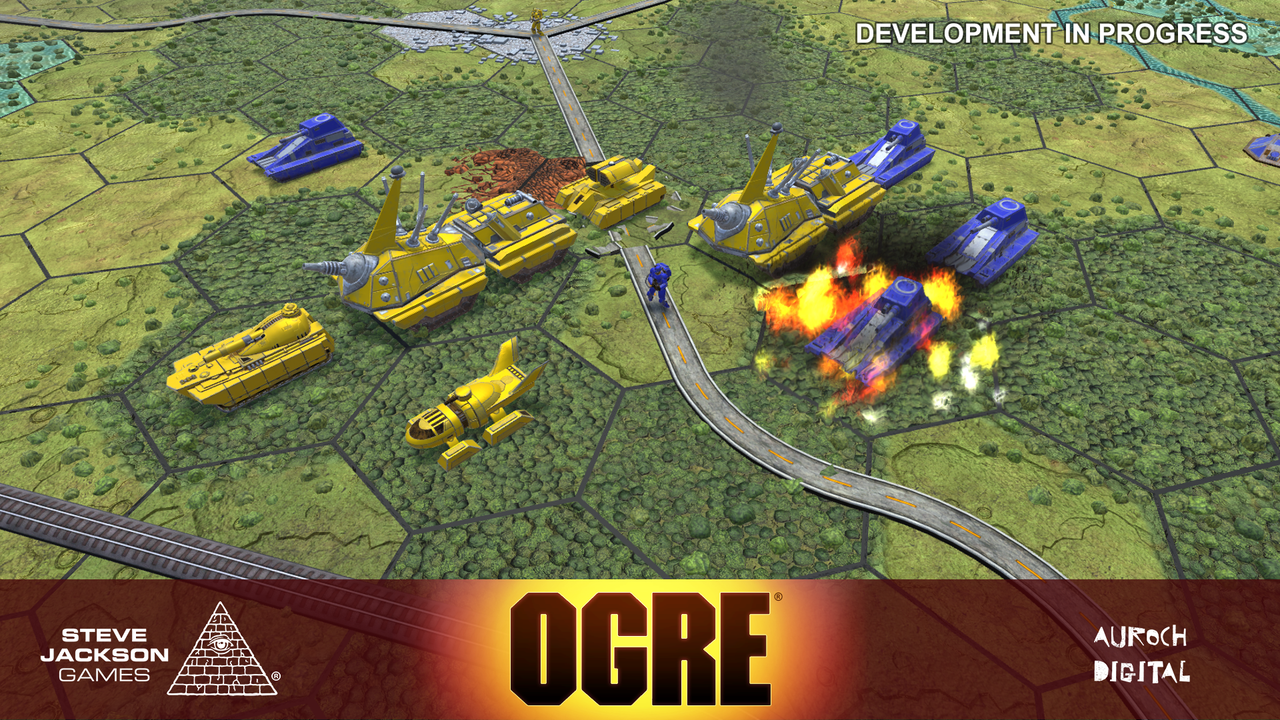 News review Sci-Fi
This entry was posted on Monday, October 2nd, 2017 at 11:23 and is filed under News. You can follow any responses to this entry through the RSS 2.0 feed. You can leave a response, or trackback from your own site.

3 thoughts on “The First Of TWW’s Product Reviews”