The Men Who Would Be Kings 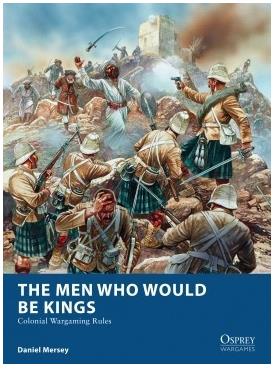 The Men Who Would Be Kings is a set of rules designed for fighting historical or Hollywood colonial battles in the mid to late 19th Century, from the Indian Mutiny to the Boxer Rebellion. Large scale colonial clashes tended to be one-sided affairs, but there are countless reports of brief, frantic skirmishes in every colonial war, where either side could be victorious, and these are the battles that The Men Who Would Be Kings seeks to recreate.

brigade games historical News
This entry was posted on Saturday, September 17th, 2016 at 10:13 and is filed under News. You can follow any responses to this entry through the RSS 2.0 feed. You can skip to the end and leave a response. Pinging is currently not allowed.