The Return Of The Titan

One of our more popular models from way back when was the Cronus mech, a 1/300th scale behemoth. It’s been out of production for a while, the mould for the massive metal feet and legs wore out and we spent a while debating how we could improve those before remoulding. 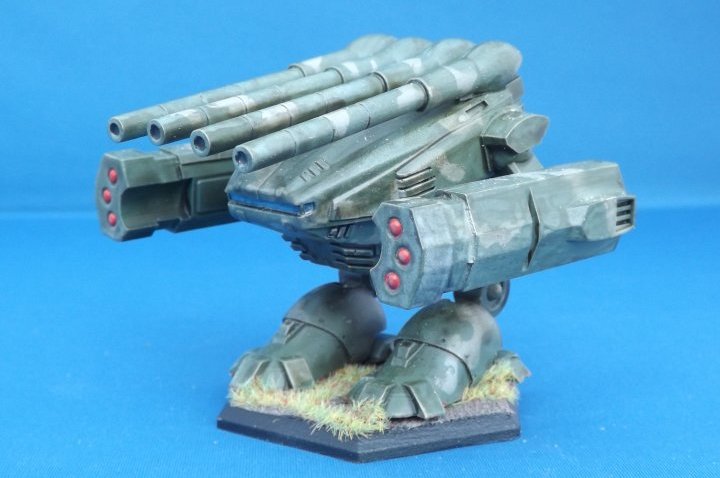 In line with our policy of gradually updating many of our older models, the Cronus has been revisited and refined by the original designer, Zac Braham, and expertly rendered in 3D by Kirk Alderfer – the pairing also responsible for the design of our 6mm and 15mm Mercenary vehicles.

The new model has a resin body and feet with metal legs, arms and weapons (the missile pods are two-piece hollow castings so they aren’t excessively heavy). The arms have ball-and-socket joints at both ends and the hips, ankle and heel joints also have a degree of movement to allow some flexibility in posing the model. A cast resin base is also included – this is hexagonal, 50mm across flats. The model in the picture stands 60mm high excluding the base, although the height will vary very slightly depending on the exact posing. 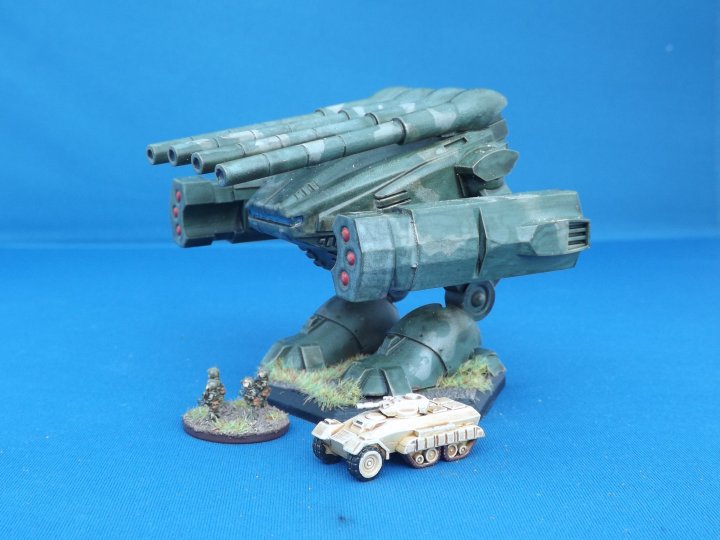 6mm Brigade Models News Sci-Fi
This entry was posted on Monday, October 29th, 2018 at 10:12 and is filed under News. You can follow any responses to this entry through the RSS 2.0 feed. You can skip to the end and leave a response. Pinging is currently not allowed.

3 thoughts on “The Return Of The Titan”