We have three new 15mm vehicles which will be available at Salute. There are two variants of the Mercenary Shinigami hover jeep and a new version of the EuroFed Javelot scout car.

The two Shinigamis are both weapon carriers with one carrying an automatic mortar and the other fitted with a 6-round missile launcher. The missile version handily fills a gap in the detachment list for the Hiroseki National Army in the Hammer’s Slammers universe. 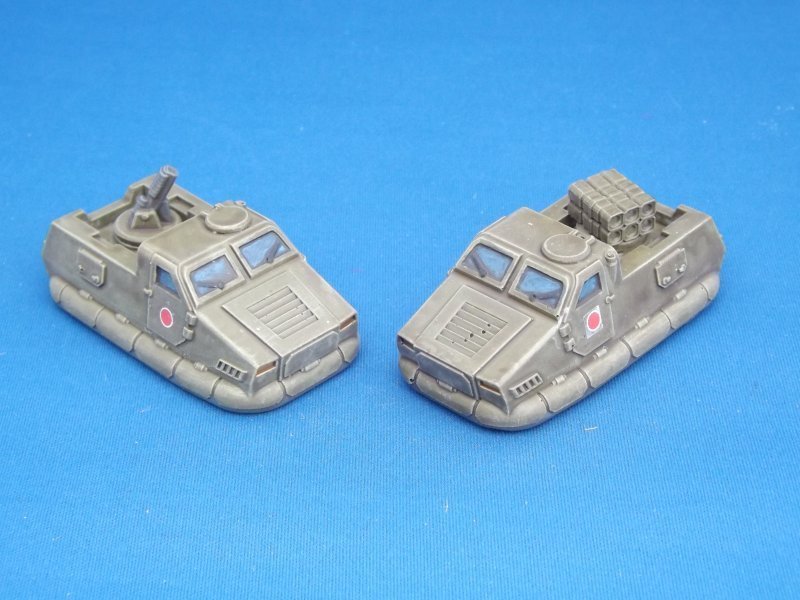 The new Javelot model also carries a mortar (of the same design as the Shinigami – to be perfectly honest, we just made this because we could…

15mm Brigade Models News Sci-Fi
This entry was posted on Monday, March 25th, 2019 at 12:32 and is filed under News. You can follow any responses to this entry through the RSS 2.0 feed. You can skip to the end and leave a response. Pinging is currently not allowed.