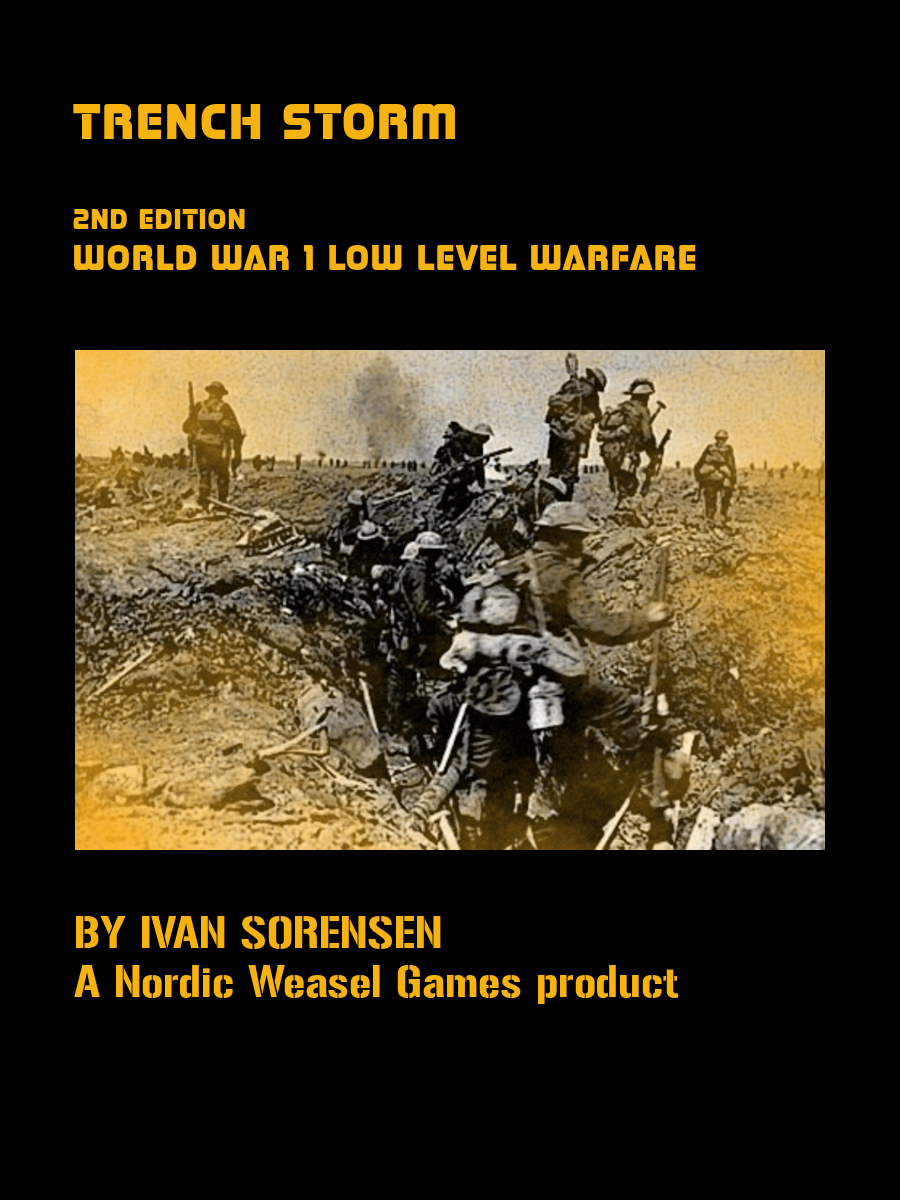 Over the top and to the green fields beyond!

Trench Storm returns after more than 10 years in a new second edition.

Units are platoons (or their equivalent) with each infantry base representing a squad of soldiers.

A typical game may stretch from a company to a battalion or so.

Rules include mechanics for off-board artillery, gas, tanks, the various weapons found on the world war one battlefield and a system of traits to portray unique forces such as trench raiders and elite formations.

Rather than focusing on just one narrow element of the war, Trench Storm has mechanics to cover you, from closed rank bayonet charges, all the way to platoon level fire-and-movetactics, all without having to consult a 500 page rulebook.

Note that while the rules do include advice on setting up forces for the table, it does not include specific tables of organization and equipment.

Also note that this is an original system and NOT a FiveCore or "In Sight" system game.

New Release Nordic Weasel Games rules WWI
This entry was posted on Wednesday, August 12th, 2015 at 10:29 and is filed under News. You can follow any responses to this entry through the RSS 2.0 feed. You can skip to the end and leave a response. Pinging is currently not allowed.