When I mentioned recently that we’d reached the end of the new items for Salute, that wasn’t quite true (turns out that I’d got my order of publishing posts mixed up! - although we really are almost done now. 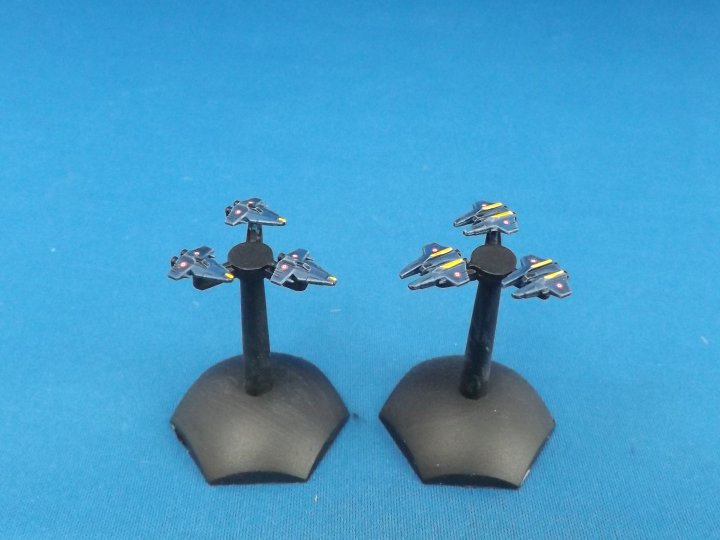 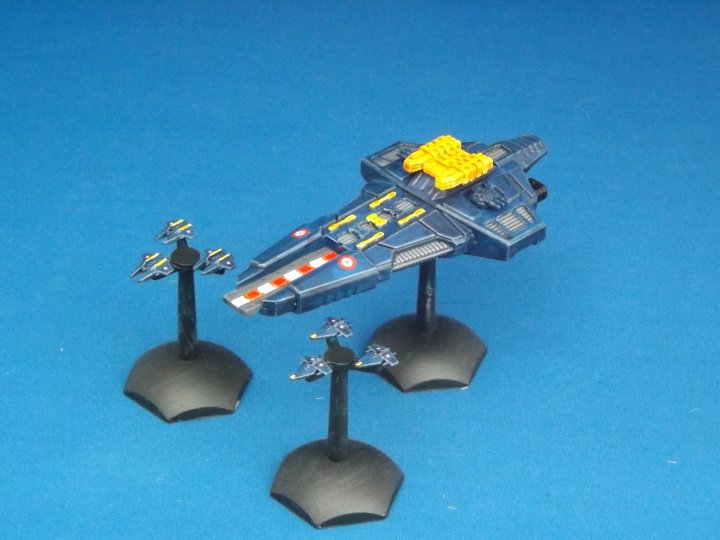 Today’s offering is a set of upgraded models for our European Federation spaceship fleet. This will be only the first of several batches of EuroFed releases, the original fleet was quite large and too big to swap out all in one go. This initial offering consists of replacements for seven spaceship classes and two types of fighter with much improved models. The basic original design style (roughly delta shaped ships) remains, but the models have become less two-dimensional and filled out a bit.

The Milano and Umberto battleship and carrier are overhauled with new resin hulls and metal fittings, supported by two cruiser and five escort classes. Although we are only replacing a small part of the fleet initially, we will be withdrawing all of the existing models – replacements for the rest will be along later in the year. At Salute we will have the new models plus a new version of EuroFed Fleet Pack #2 (containing a Milano and Umberto, one Abruzzi, three Insidioso and nine each of the fighters). We will also have some of the old style fleet packs in case anyone wants to top up an existing fleet, but no individual older models.

Brigade Models News Sci-Fi
This entry was posted on Monday, April 17th, 2017 at 17:57 and is filed under News. You can follow any responses to this entry through the RSS 2.0 feed. You can skip to the end and leave a response. Pinging is currently not allowed.

One thought on “Upgrading The Federation”