The Walloon Guards, a fearsome elite bodyguard and fighting regiment created in 1702 by the Spanish king Philip V among his Southern Dutch subjects, on the model of Louis XIV's Gardes Françaises.

Such is our latest addition to the War of Spanish Succession military flags ranges at 1/100, 1/72 and 1/56 scales. 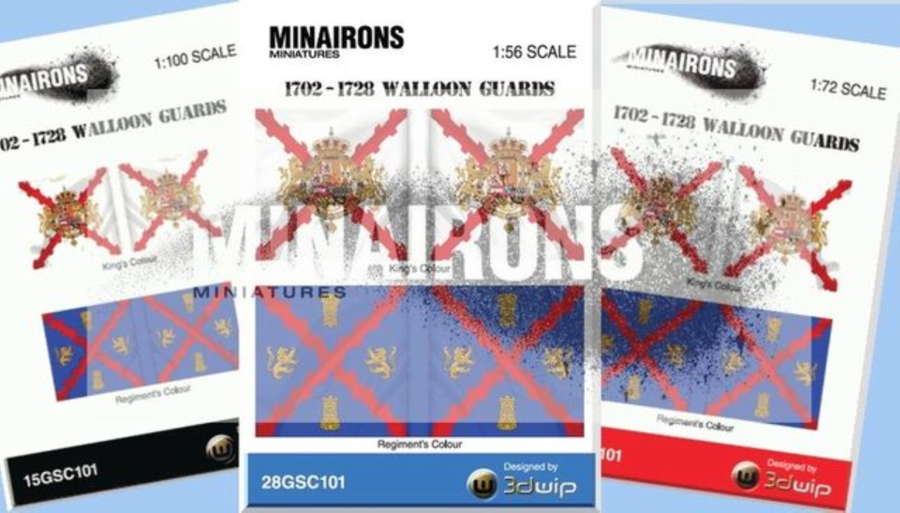 As usual, they've been released as DIN A7 sized PDF sheets, for users to download and print at will. Regardless of scale, each sheet comprises two flag designs pre-formatted for the intended scale: King's and Regiment's colours.

Thanks for reading,
Lluís Vilalta

minairons New Release wss
This entry was posted on Friday, May 10th, 2019 at 10:32 and is filed under News. You can follow any responses to this entry through the RSS 2.0 feed. You can skip to the end and leave a response. Pinging is currently not allowed.