We are extremely happy to announce that the first set of official Pendraken rules, Warband, are now available as a hardcopy on our website, priced at £16.00: HERE and for those who would prefer to buy a pdf copy, these can be bought through the Wargame Vault website HERE, priced at £10.00. 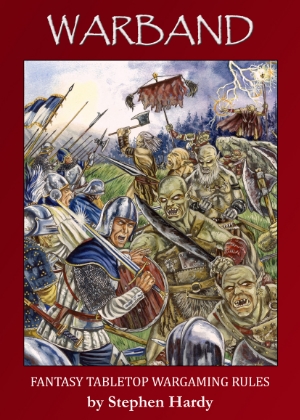 Written by Steve Hardy, Warband provides all the rules you need to bring great battles between fantasy armies to your tabletop.

Using miniature figures and terrain, you can fight battles from the glorious sword and sorcery epics you've read about.
You can play games against your friends or competitive battles against worthy opponents. Whilst the rules have been written with the 10mm Pendraken Miniatures ranges in mind, there's no reason why you can't use other scales as well!

For more info on the rules, check our original announcement HERE

There is also a FAQ thread up and running HERE

As well as the rules, we have also now released our first two revamped Fantasy ranges, with the Goblins and the Hill Dwarves now available!

These new ranges are huge improvements on the old ones, adding not only new sculpts but also more variety to every pack. So much variety in fact, that a pack of foot now contains 25 individual figures, each one different to the last. From different weapons and headgear, down to added cloaks, beards and pouches, we've gone for maximum variation within every single pack!

The new ranges include:

Army Pack: Contains 3 packs of Warriors, and 1 pack each of Archers, Wolf-Riders, Command, Shamans and Bolt-shooters, plus 8 x MDF bases. Priced at £27.00 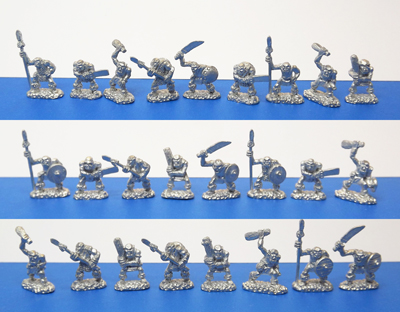 Army Pack: Contains 3 packs of Warriors, and 1 pack each of Shooters, Noble Riders, Command, Wizards and Cannons, plus 8 x MDF bases. Priced at £27.00

We've put some bare metal pics up onto the site for now, but those will be getting replaced with painted pics very soon. 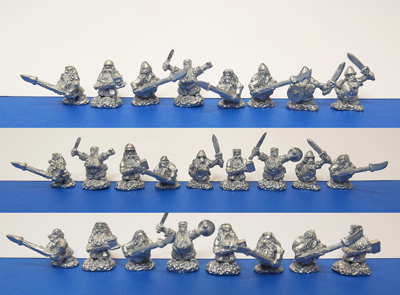 As well as the rules and the figures, we've got a range of extra bits and bobs to help your games along!

The recommended basing size is 100x50mm bases, which are available in packs of 10 for £2. The ruleset allows you to use other base sizes of course, but we've also got a range of movement trays available for those wanting to use their existing armies HERE, priced at only 50p per movement tray. (If you need a different tray size, just drop us a line and we can cut it as a custom job for you, no problem!) 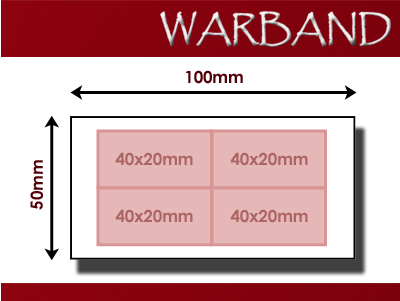 As well as those, we've also created some handy tokens for tracking the hits on your units. Available in both circles and semi-circles (for placing neatly up against the back of your base), these come in packs of 25 tokens, which should be enough to cover both sides in a game of Warband. 20mm circles are £2.50 per pack, the 30mm semi-circles are £3.00 per pack, see HERE. 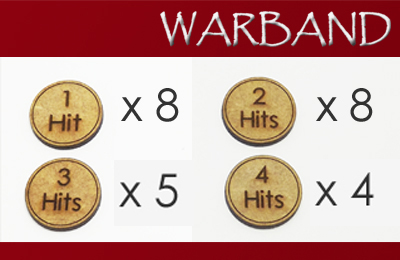 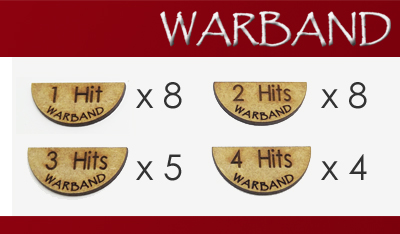 Finally, all of the units in Warband rely on their Morale to stay in play. If it loses all of it's morale, then that unit will rout and is potentially out of the game unless you can save it! One handy way of recording the morale of each unit is by using our trusty dice frames to keep track of it HERE. At only £1 for 10 pairs of dice/frames, these are a great help and you can also see these frames in use in the images within the rulebook. 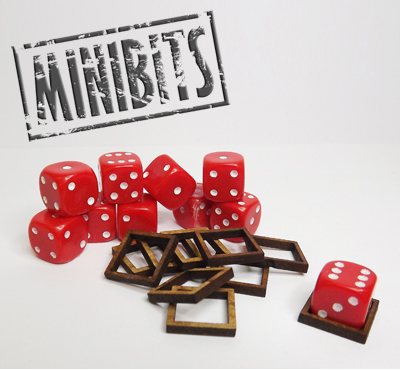 I think that's everything then! Many thanks for reading, there'll be lots more new and revamped Warband ranges to come over the next few months, so keep an eye out for those!

Fantasy New Release pendraken rules
This entry was posted on Thursday, February 19th, 2015 at 09:23 and is filed under News. You can follow any responses to this entry through the RSS 2.0 feed. You can skip to the end and leave a response. Pinging is currently not allowed.