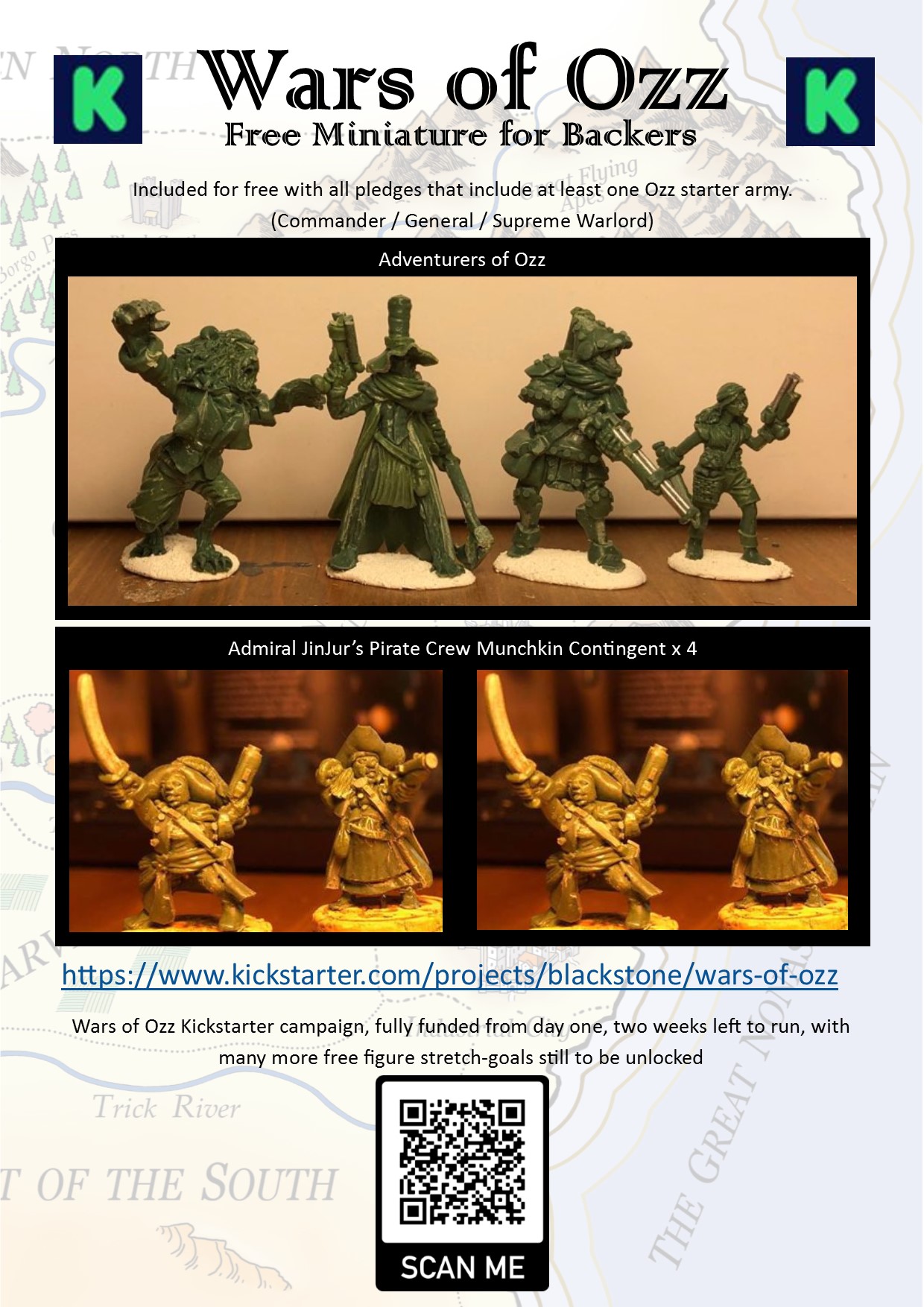 Wars of Ozz is completely funded and some great Free miniatures have been unlocked for Backers including female munchkin pirates from Admiral JinJars famous crew and the Adventurers of Ozz character set that includes Dorothy, Toto, The Tinman, Scarecrow and the Cowardly Lion.
Over 60 packs of miniatures are available in the wave one release including all the troop types needed to field a Munchkin, Quadling, Gilikin or Winkie Army.

The rules written by Buck Surdu have been designed from the start to support solo, two player and team play. The rulebook contains everything needed to play a streamlined and intuitive ‘fantasy’ horse and musket mass battle game, together with full background of the world, it’s factions, scenarios and uniform guides.
There are just a few days left of the kickstarter campaign, so if it is of interest, check it out now.

28mm Fantasy News sally 4th Sci-Fi
This entry was posted on Friday, July 24th, 2020 at 09:33 and is filed under News. You can follow any responses to this entry through the RSS 2.0 feed. You can skip to the end and leave a response. Pinging is currently not allowed.