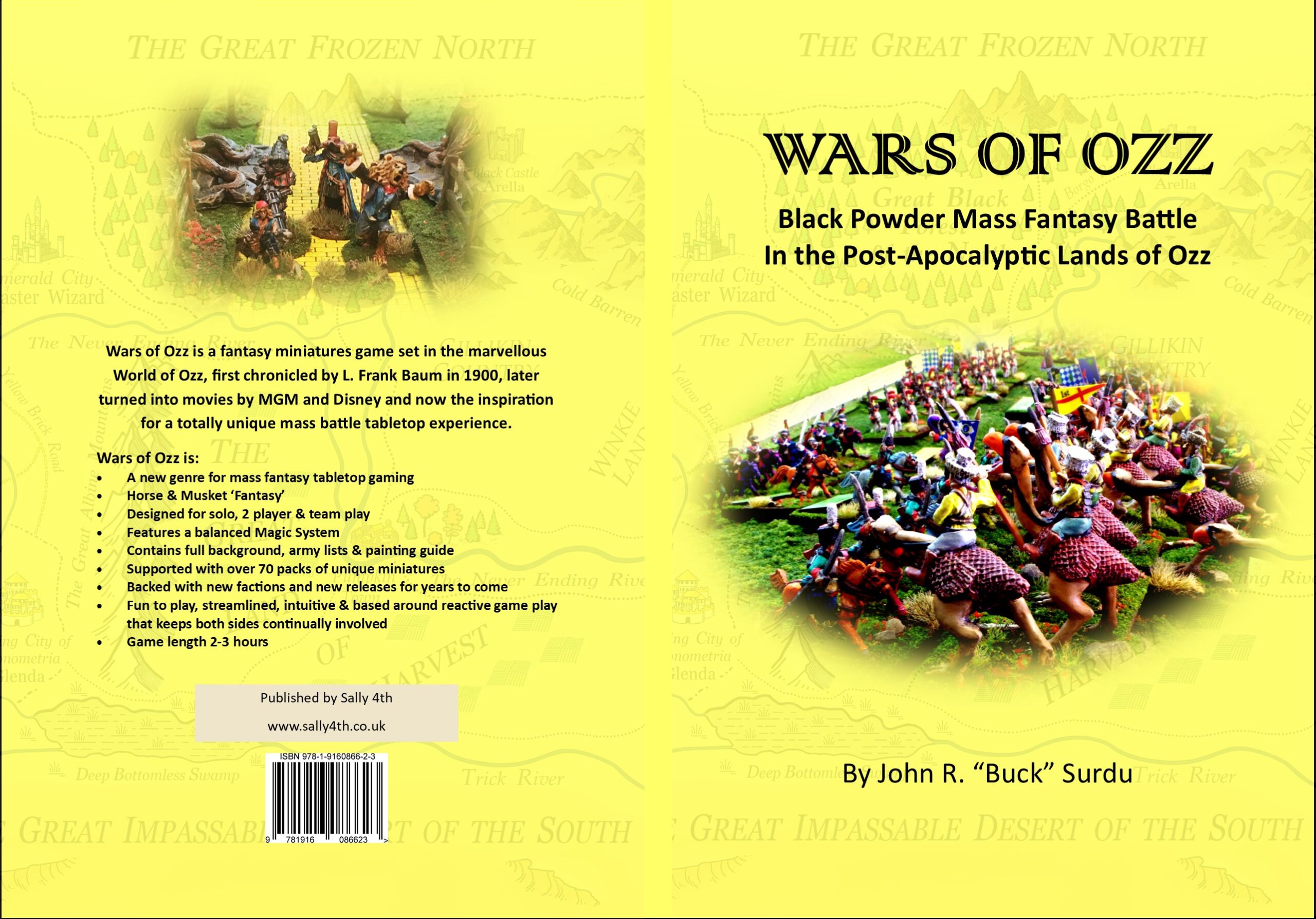 Wars of Ozz: Black Powder Mass Fantasy Battle in the Post-Apocalyptic Lands of Ozz is launched.

Wars of Ozz is a fantasy miniatures game, written by John R ‘Buck’ Surdu and set in the marvellous World of Ozz, first chronicled by L. Frank Baum in 1900, later turned into movies by MGM and Disney and now the inspiration for a totally unique mass battle tabletop experience. 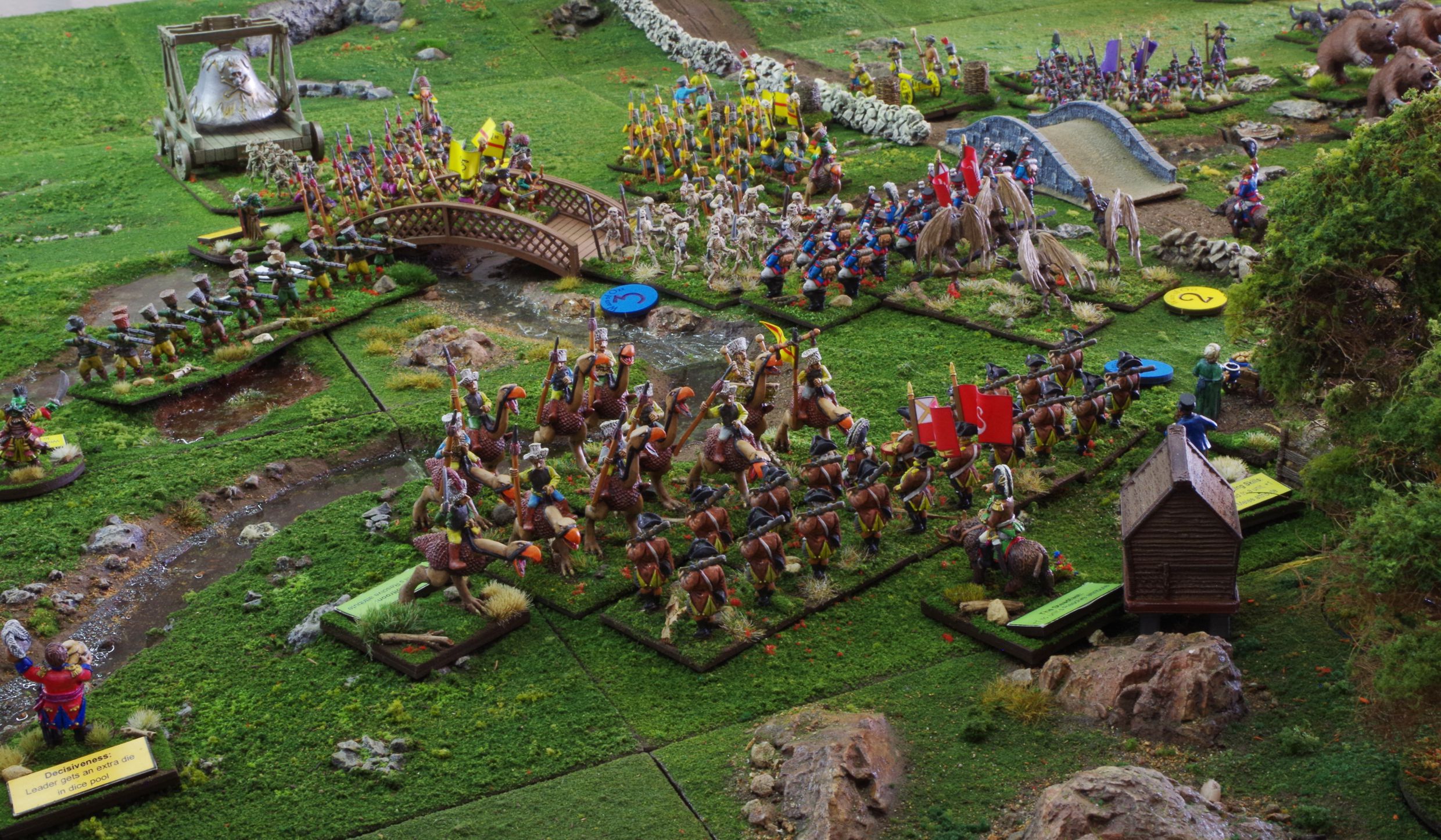 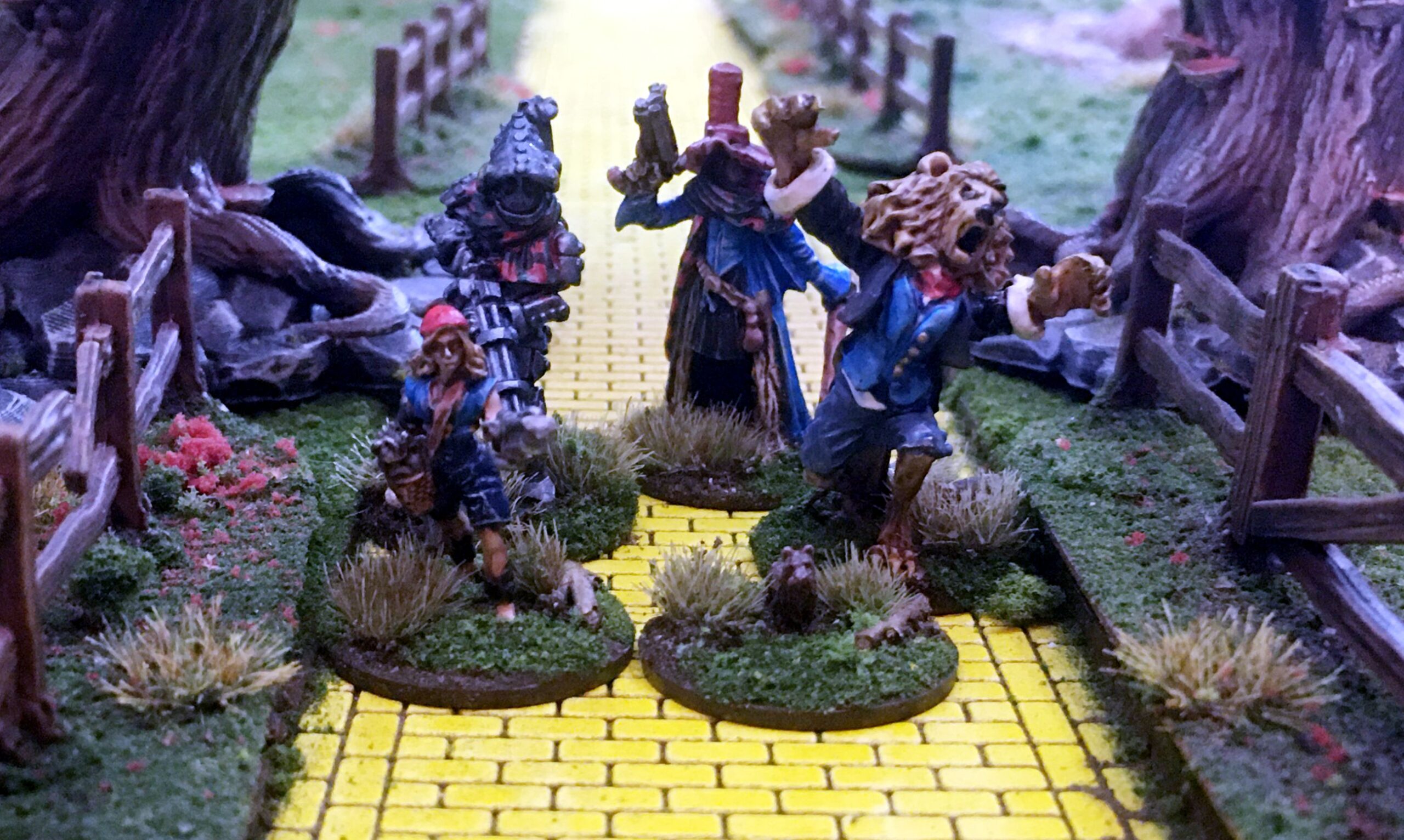 Wars of Ozz™ began as idea that Russ Dunaway of Old Glory had been planning for several years. He has often asserted that as a miniatures manufacturer, he wanted to do something new and different, but that just about every period and genre had already been done many times. In developing both the figures and the rules, we wanted to steer away from copyright infringement, and there have been whole books written on the legal maneuverings of Disney and MGM over Oz rights. That is why we spell Ozz with to z’s. Wars of Ozz™ is based on the Oz of the L. Frank Baum novels (in the public domain), but it is different.

Ozz is set in a horse and musket, massed battle, post-apocalyptic world (what isn’t these days?). In the “last great war,” the Madness Bombs were released, and as biological and chemical weapons are wont to do, the effects grew out of control very quickly. The war ended, but no one even remembers who won or what the war was about. For hundreds of years the survivors were beset by manias of all sorts. The effects of the Madness Bombs also caused mutations such as, but not limited to, pumpkin-headed men, giants and trolls, witches and wizards, and Gillikins and Winkies. After hundreds of years of tribalism and chaos, Zoraster the Wizard arrived and began to reestablish order based loosely on the Baum books. The Munchkins under Zoraster and Quadlings under Glenda established a solid alliance, defending themselves from desert nomads, screamers from the Forbidden Lands, Gillikins under the Witch Arella, and Winkies under the Witch Evora. Caught between these frequent wars of conquest by the Winkies and Gillikins, King Jack of the Land of Harvest did his best to keep his lands free of Gillikins and Winkies. This is the setting for Ozz, one of frequent, small wars between the four major nationalities and their assorted allies.

Wars of Ozz is supported by an active Facebook Group.
Many new releases are planned for Wars of Ozz over the next few years including complete new factions and additional units for existing factions. Buck and the rules development team are already working on companion rulesets that use the streamlined, intuitive and reactive games mechanisms developed for ‘Ozz’and apply them to ‘traditional fantasy’ in Wars of Orcs and Dwarves and historical ‘horse and musket’ in Wars of Colum, Line and Square.

28mm Fantasy New Release sally 4th
This entry was posted on Friday, December 11th, 2020 at 14:48 and is filed under News. You can follow any responses to this entry through the RSS 2.0 feed. You can skip to the end and leave a response. Pinging is currently not allowed.