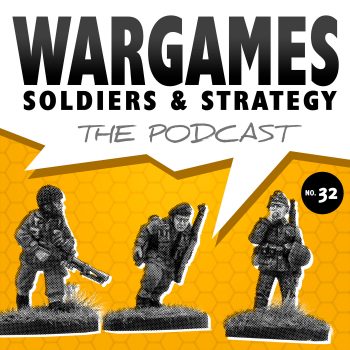 In a somewhat chaotic episode, Angus, Guy, Jasper, and Mark discuss the role of terrain in wargaming, and specifically that of bridges. Our discussion was inspired on Henry Hyde's article in WSS 104 — he is writing an evaluation based on several games played for the next issue — and the latest issue of Ancient Warfare, which looks at the influence of geography on warfare in ancient history.

karwansaray publishers New Release podcast
This entry was posted on Friday, September 20th, 2019 at 08:34 and is filed under News. You can follow any responses to this entry through the RSS 2.0 feed. You can skip to the end and leave a response. Pinging is currently not allowed.

One thought on “WSS Podcast – Episode 32”