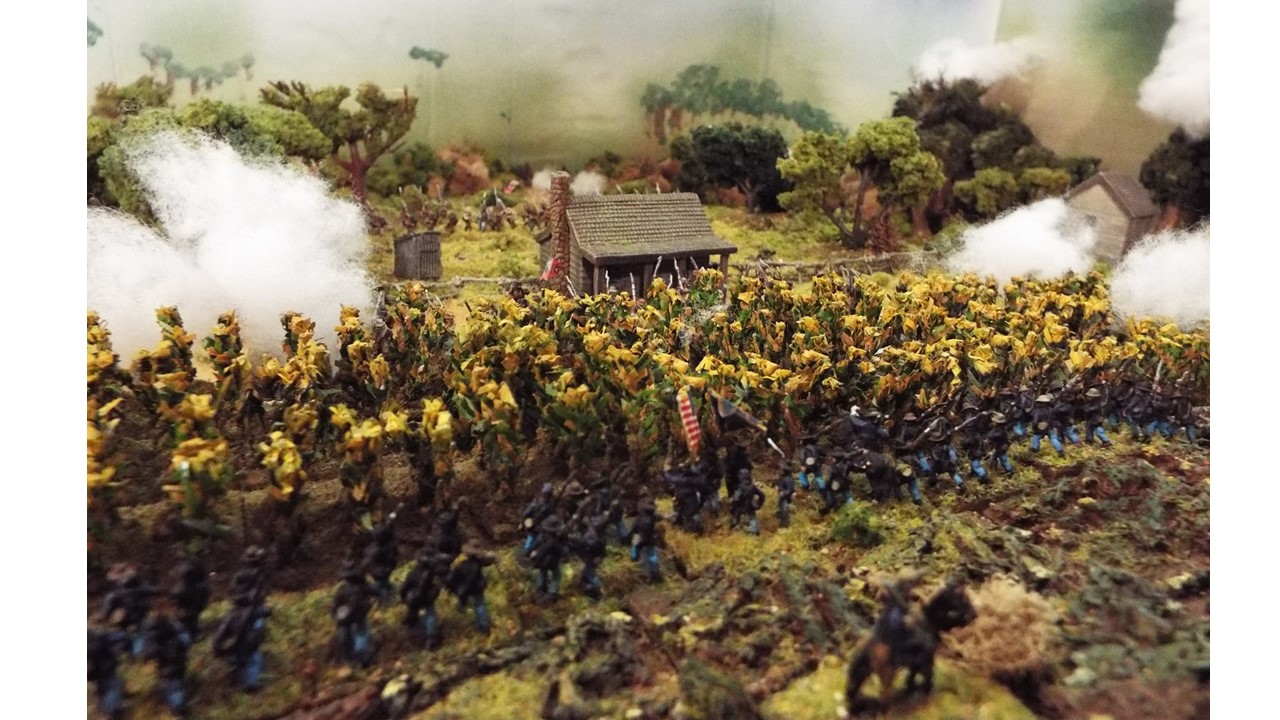 Good Ground announces our next set of figures for the Eastern Theatre of the American Civil War. They are of course, Berdan's Sharpshooters brandishing their Sharp's Rifles in skirmish poses. I modelled these figures to emulate the famous work by Keith Rocco. These will go into the same mould as our Irish Brigade figures and should be available on our site by mid-October. The Irish Brigade are modelled after the famous work "Faugh au Ballagh" by Don Troiani. Both sets were sculpted by the talented Robi Baker. We are also bringing a set of casualties and surrendering figures to you some time later in October. We now have the Zouave Regimental packs up on the site along with three gun crew poses in your choice of Kepi or Slouch Hat. Many new items are planned and we will be sure to announce them here on TWW!

10mm Good Ground historical News
This entry was posted on Thursday, September 10th, 2015 at 19:36 and is filed under News. You can follow any responses to this entry through the RSS 2.0 feed. You can skip to the end and leave a response. Pinging is currently not allowed.