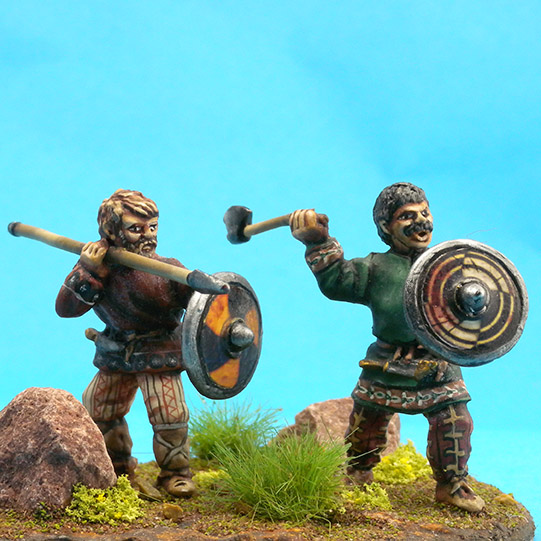 Fighting 15s Figures is home to the ranges that we ourselves own and produce: Huzzah! Miniatures, Flashing Blade, and the 15mm medievals and Napoleonics formerly made by Oddzial Osmy. These have all been lurking in different sections of the website, and we have now united them all under one banner.

The change has been promoted by new mould making, primarily for the 15mm medievals and Napoleonics, but also for the 40mm Flashing Blade range. This means some of these old codes are now available from fresh new moulds. Our priority has been bringing back to life Oddzial Osmy’s 15mm Tannenberg line for 1410, and redoing the Flashing Blade hoplites where mould wear in the arm sockets has made assembly a challenge best accomplished with a drill.

We have further rebranded the figures as follows: the 15mm Oddzial Osmy medievals and Napoleonics are now Fighting 15s, the traditional 30mm SYW from Huzzah! Miniatures are now Fighting 30s, and the 40mm Flashing Blade Greek hoplites, skeletons, Dark Ages Saxons and Romano-British are now Fighting 40s.
Some codes still have to be remoulded and migrated to the new section of the website. News of relaunched figures will be posted as they become available.

Fighting 15s News
This entry was posted on Wednesday, August 20th, 2014 at 19:52 and is filed under News. You can follow any responses to this entry through the RSS 2.0 feed. You can skip to the end and leave a response. Pinging is currently not allowed.