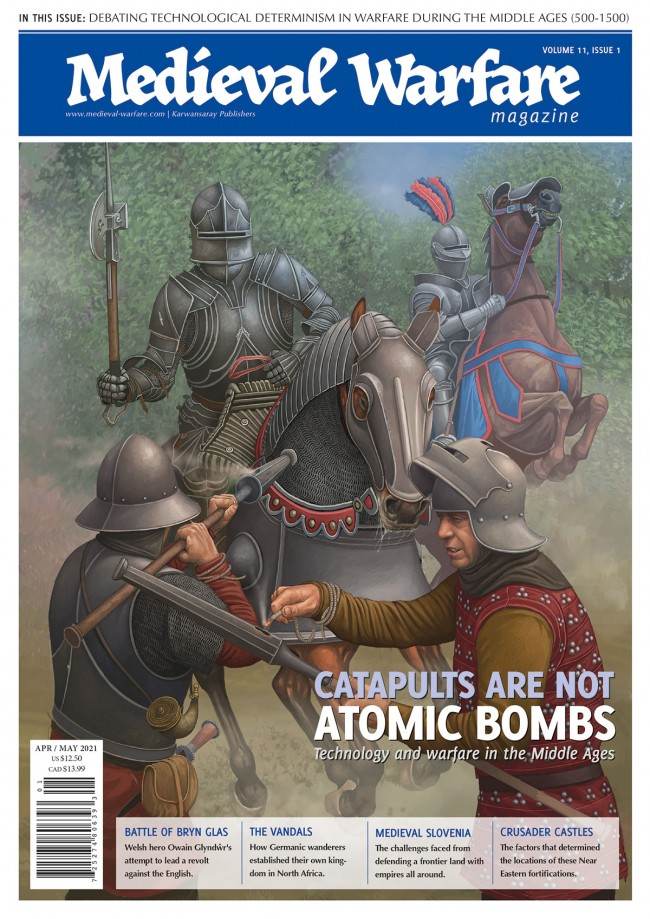 Medieval Warfare 11-1 is now at the printers. In this first issue of volume 11, we're taking a broad look at the interplay between warfare and technology in the Middle Ages. The centrepiece of this theme is a debate between Kelly DeVries and David Zimmerman on technological determinism. Was there really a tech revolution at the end of the Middle Ages? Does a modern perspective provide new insight into medieval military developments? Other tech-centric articles look at the pesky 'stirrup thesis,' and the evolution of fortifications around medieval Calais. You can pre-order this issue now to save slightly on the cover price, or consider subscribing to get a new issue of Medieval Warfare sent to you every month.

karwansaray publishers Medieval News
This entry was posted on Wednesday, March 10th, 2021 at 16:07 and is filed under News. You can follow any responses to this entry through the RSS 2.0 feed. You can skip to the end and leave a response. Pinging is currently not allowed.