So, the latest from Royal Mail as far as sending overseas parcels goes is … err … no change. Although there is some light at the end of the tunnel as RM have started accepting overseas letters again (anything without a customs declaration) so the system is beginning to move at last. We’ll keep you posted…

To end the week we have a pair of contrasting hotels in our 1/1000th (2mm) Small Scale Scenery range, both based on ones around the Brigade HQ in Maidstone, and both sculpted by Phil. The first we’ve designated a Modern Courtyard Hotel – it’s a large modern brick-built building based around a central open area. Every decent sized town has at least one like this on the outskirts, used as a venue for business conferences and weddings.

The second is more modest – we’ve called it the Town Centre Budget Hotel. It belongs to a hotel chain that specialises in cheap and cheerful stays with a clean bed, bathroom and no frills, but at a sensible price. Exactly the sort of place we use when going to shows. This one has an unusual design, and an interesting colour scheme to boot.

This week’s new release is a collaborative effort between the two Brigadiers. Both of us independently created a couple of new 1/1000th fortress/castle models along a similar theme without the other knowing, and we’ve decided to release them at the same time since they’re linked.

A little bit of history first – in the mid C.16th, Henry VIII built a series of fortifications along the coast of England and Wales known as either Henrician Castles or Device Forts (a Device was the financial instrument used to pay for them) to defend against the threat of French or Spanish attack. These range from large stone castles to blockhouses and earthworks – Wikipedia has a list of over forty of them. We already have a couple in the range – both St Mawes and Southsea Castle were Device forts.

First to Phil’s contributions – he’s made two versions of Deal Castle, one of the largest and best preserved of the Device Forts. It has six semi-circular bastions surrounding a circular keep, almost like a six-leafed clover, with as many as 66 firing positions. In the 19th century a house was built on the seaward side to accommodate the Captain of the castle (which caused some controversy over tax arrangements – should the castle now be taxed as a private residence ?) and one commander even went so far as to build a private entrance with foot bridge so he could avoid the toll gate outside the castle’s main entrance ! The house stood out like a sore thumb architecturally, and in November 1940 the Luftwaffe managed to do everyone a favour by almost completely destroying it. In the 50s the castle was restored to its current state, removing much of the later additions and largely returning it to the original design. Phil has made versions both with and without the Captain’s House so you can make up your own mind. 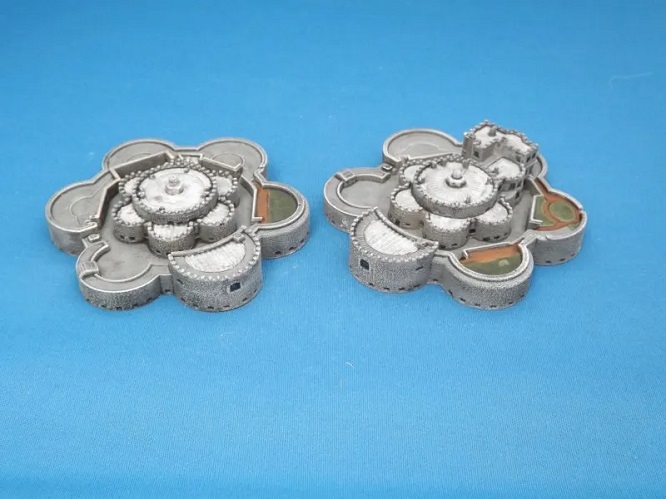 Tony’s efforts aren’t as grand, representing two of the smaller fortifications. Portland Castle and Sandsfoot Castle were both built to defend the Portland Roads anchorage on the south coast of Dorset, not far from Weymouth.

Portland Castle, on the Isle of Portland, is built in a fan shape with a central tower and curved gun battery with guns on two levels. It was completed in 1541 but like many of its contemporaries it never saw action against the French or Spanish – although it was besieged in the English Civil War. 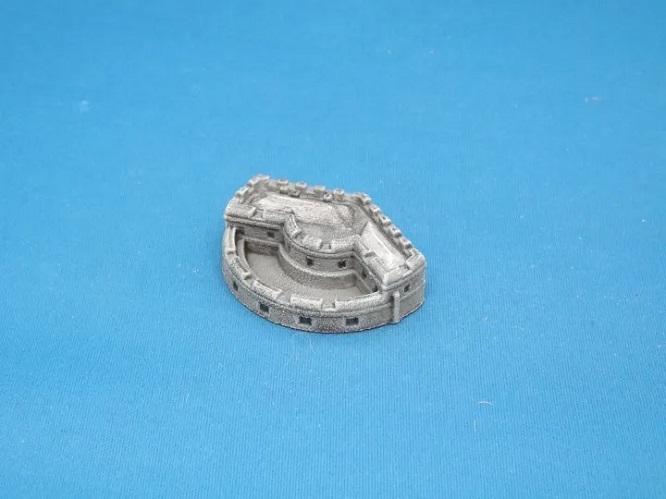 Sandsfoot Castle covered the northern part of the Roads. Built to a completely different design, it consisted of a blockhouse with a gun platform on the seaward side. It’s military career was similar to Portland’s, only seeing service in the Civil War. It has suffered badly from coastal erosion – the gun platform has completely vanished and only ruins remain. 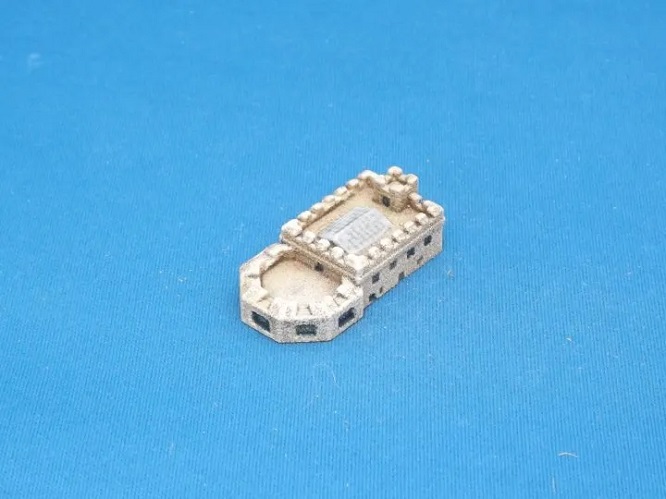 After a period of radio silence here, we’re back. We re-opened the website a couple of weeks ago, although we did it quietly to avoid being swamped by orders (which sort of worked).

We’ve also been working on some new releases, as we’ve been a bit sluggish on that front for a while. We have a number lined up across several ranges for the coming weeks, starting today with a pair of 2mm ancient structures. The first is another addition to our range of Roman architecture – it’s a enclosed forum (marketplace) with a small basilica at one end and galleried walls around the outside. Most decent sized towns would have at least one. The second release is much, much older at well over 4000 years. The Ziggurat of Ur is a large, iconic temple built by the Sumerian King Ur-Nammu in the 21st century BC near Nasariyah in present-day Iraq. The structure is over 60m wide and 30m high, built in the form of a stepped pyramid. Over the years the temple deteriorated and 1500 years later it was restored by King Nabonidus, the last king of the Neo-Babylonian Empire. Once again time took its toll, and the Ziggurat was little more than a solid mass of mud bricks. In the latter part of the 20th century the lower facade and main staircase were restored by Saddam Hussein, although the upper levels remain a pile of rubble.

Our version is obviously slightly conjectural, since no-one knows exactly what the upper levels looked like originally (even King Nabonidus’ rebuild was apparently rather different from the original form). But we’ve gone with a reconstruction that hopefully isn’t too far from what King Ur-Nammu saw all those centuries ago. It's a resin printed 145mm length model primarily for 2 and 3mm. Tabletop gaming. 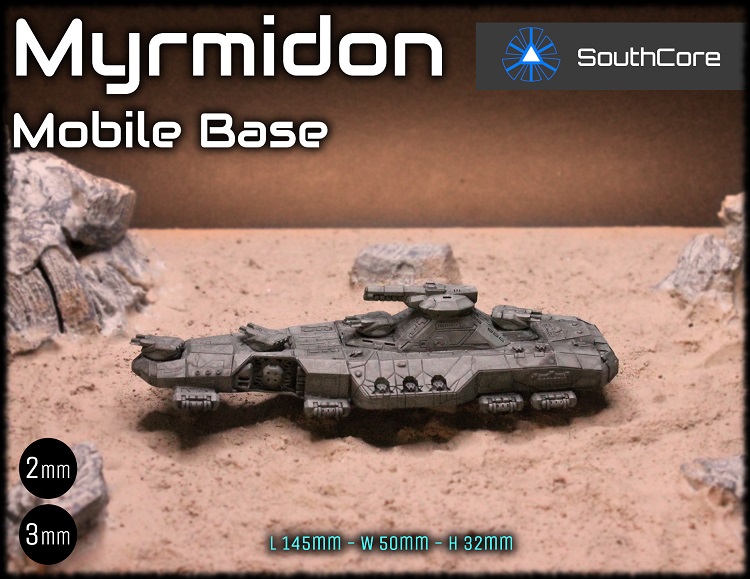 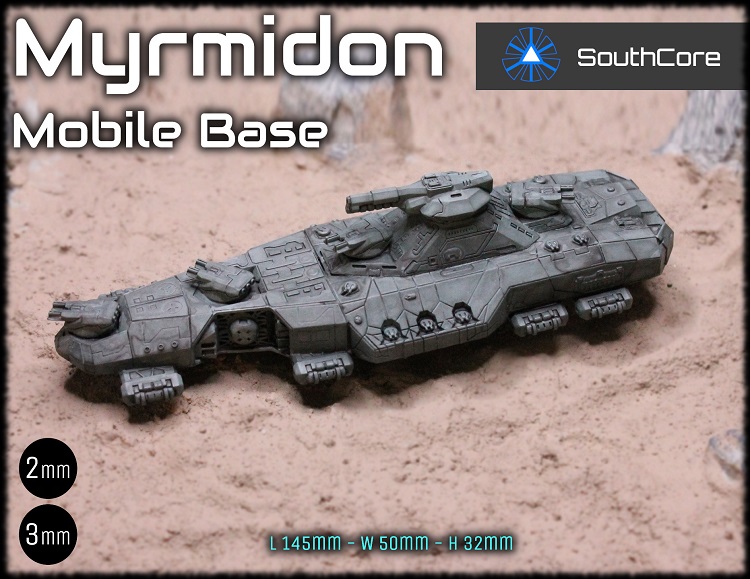 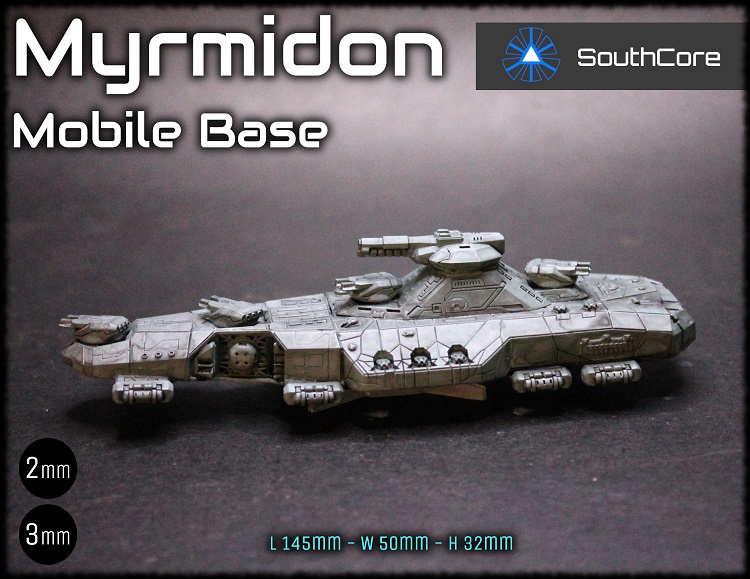 We have a trio of new add-ons for the budding 1/1000th scale castle builders out there.

First up is a new large bastion to fit the Vauban Fortifications range. This is the Baluarte de San Domingo, part of the walls of the Colombian coastal city of Cartagena de Indias. We’ve tweaked it slightly to fit the dimensions of our existing wall pieces, so it should nicely into your layout. The original has guns lining the ramparts – we don’t supply any, but our fort guns pack would be ideal. Next is a new keep for the modular castles range – this one has a triangular layout with a round tower at each corner. It’s not based on any specific historical prototype, but may have uses when making a fantasy castle. 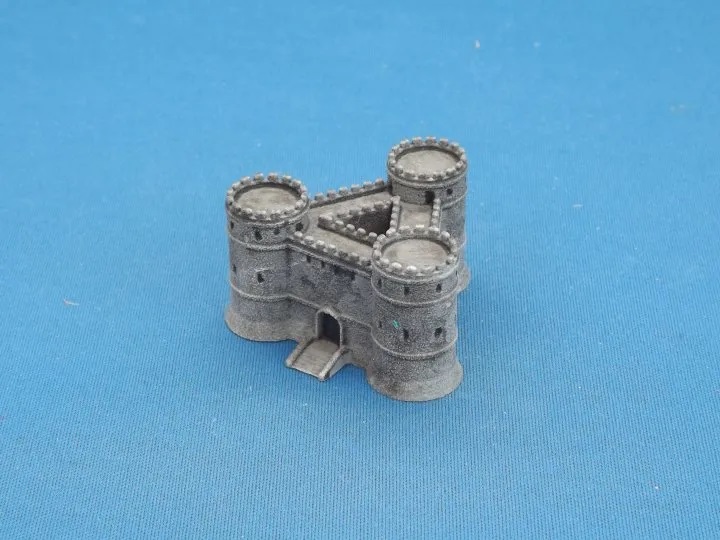 Finally, another castle add-on. This is a Dansker, also known as a latrine tower. These were towers over a running stream which were linked to the main building by a bridge – sometimes they extended out over the main castle wall. They were often features of central European castles (such as our Crusader castle) – I’m sure you can guess their purpose from the name (!). The origin of the alternative name Dansker isn’t clear – it comes either from the town of Danzig, from Dansk meaning Dane (ie one from Denmark) or an old Prussian word meaning ‘wet or humid’ – take your pick…